In Agra, we paid our tribute to the Taj Mahal, stopped by the Baby Taj, and visited the Red Fort in Agra. 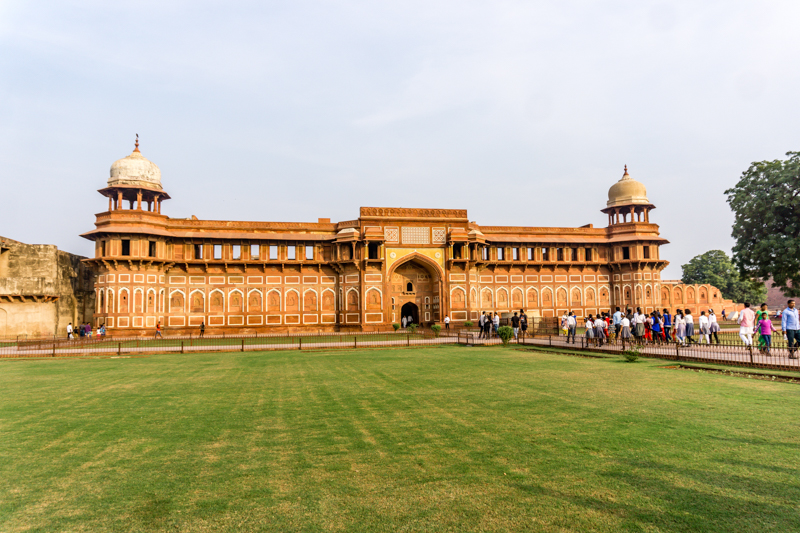 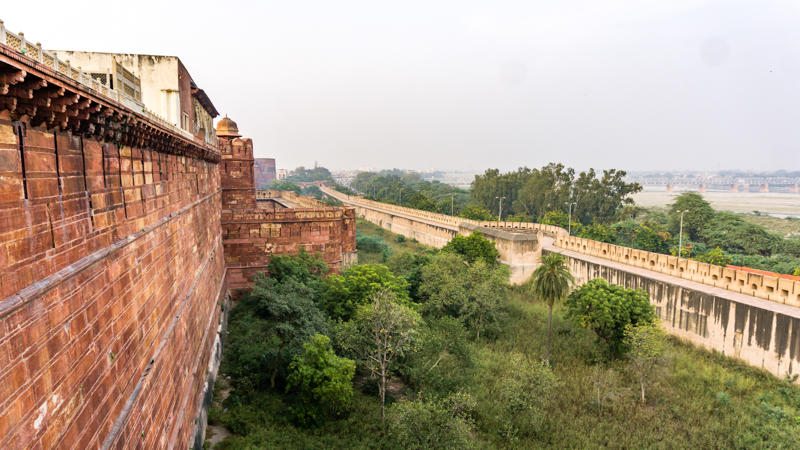 The Red Fort is as the title indicates, a massive red fort in Agra. The Mughal Emperor Shah Jahan who built the Taj Mahal spent his last years imprisoned in this fort with a view of the Taj Mahal. And by ‘imprisoned’ it means that he was contained to an area of the fort that is larger than the average person’s home. Which I suppose felt like prison to an emperor. 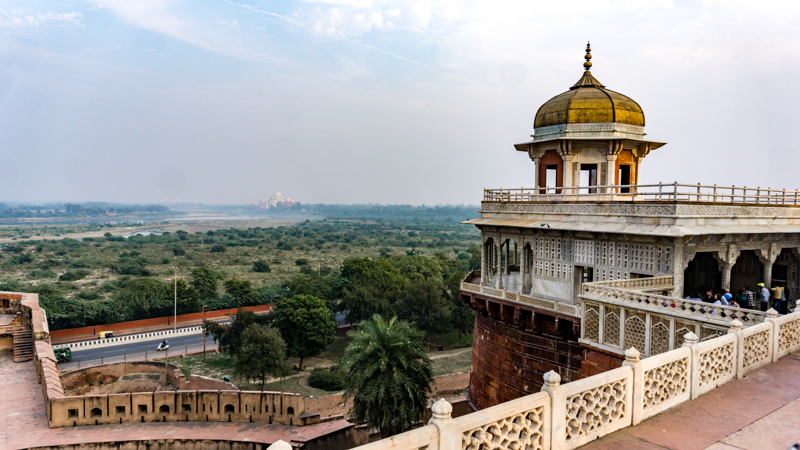 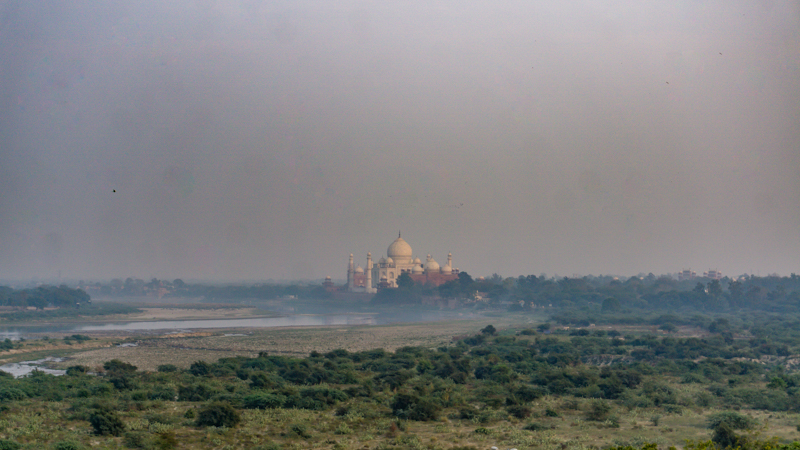 Inside the fort there were many different sections- gardens, rooms, beautiful views. 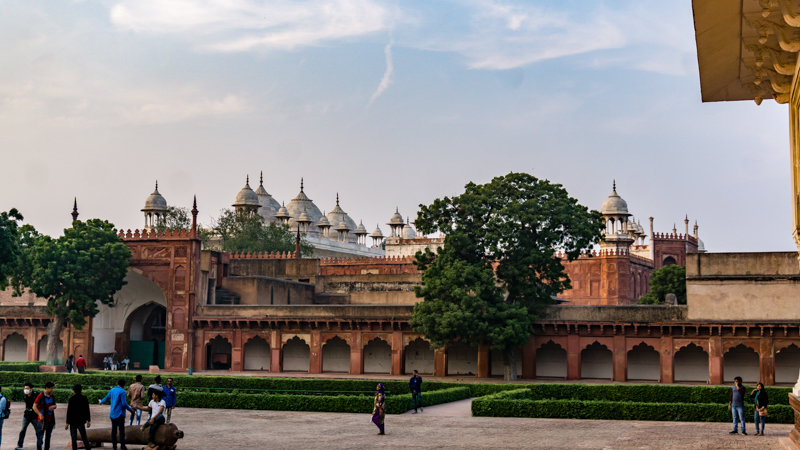 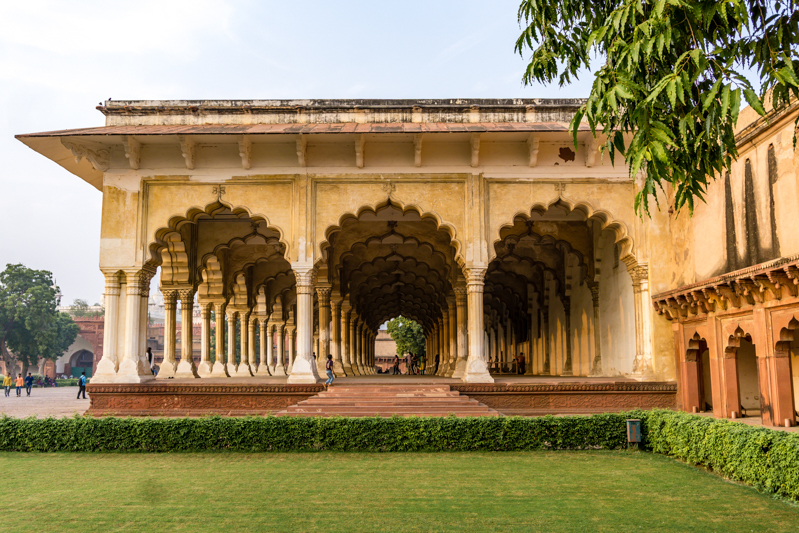 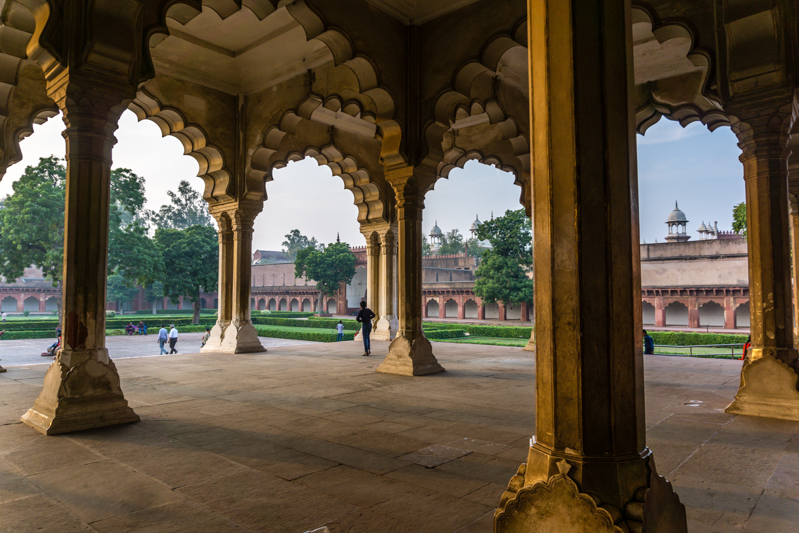 We saw a room with a shower for the emperors – they had running water for bathing back then! 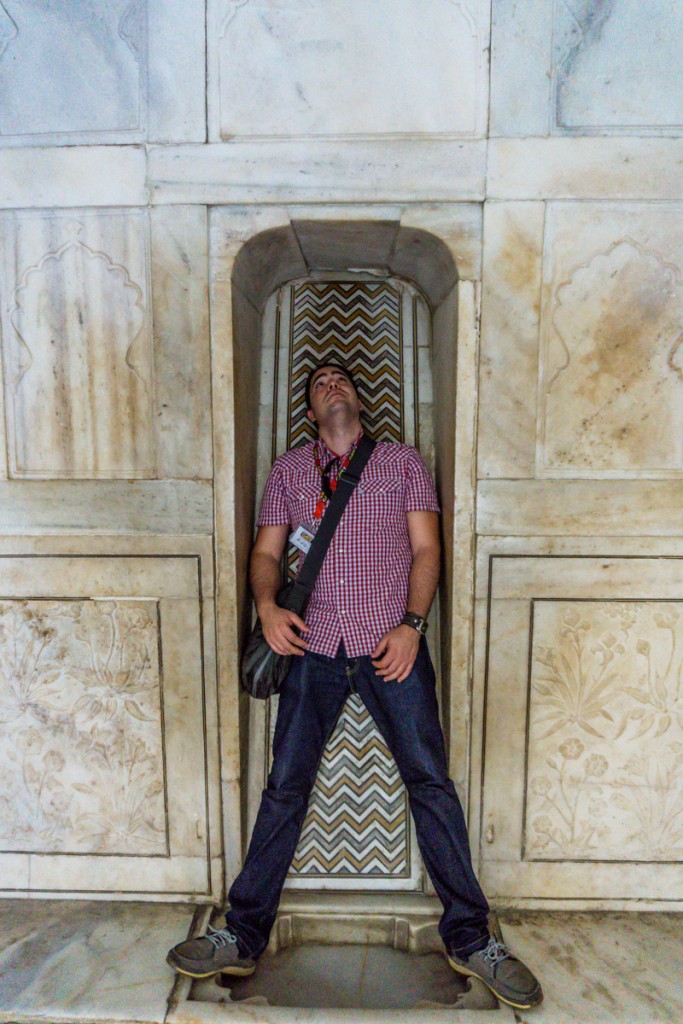 Oh, and there were also lots of men taking selfies of themselves and posing for pictures. 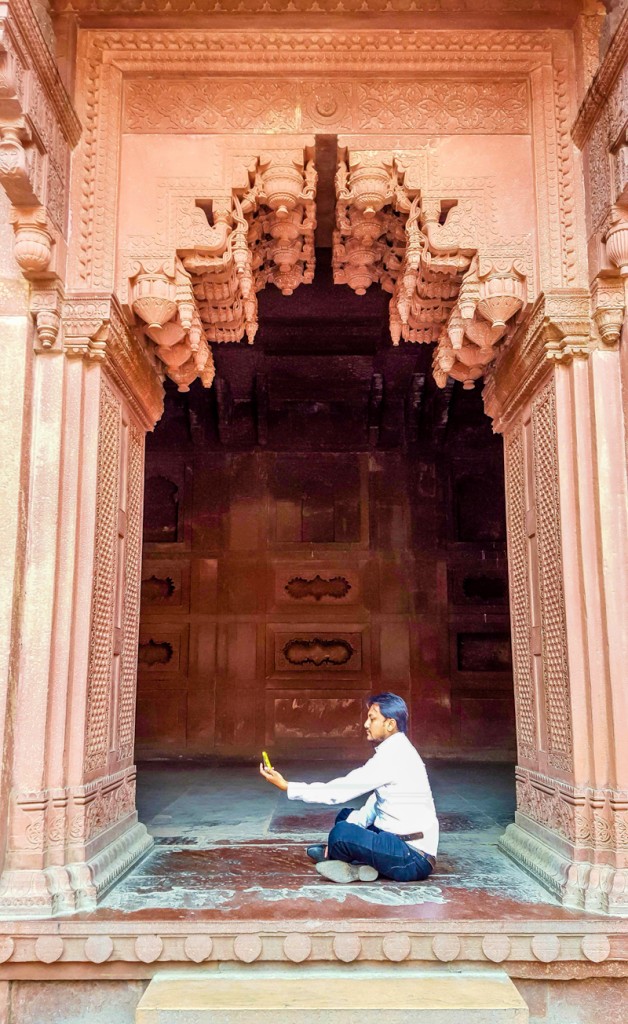 The fort had a ton of monkeys climbing all over the place. You think this one got annoyed at us taking pictures of it?? This was not taken with a zoom lens, we were right in this monkey’s face. 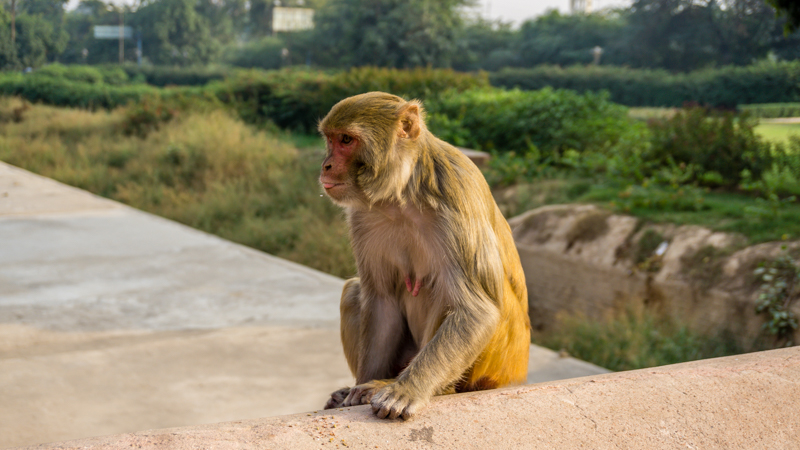 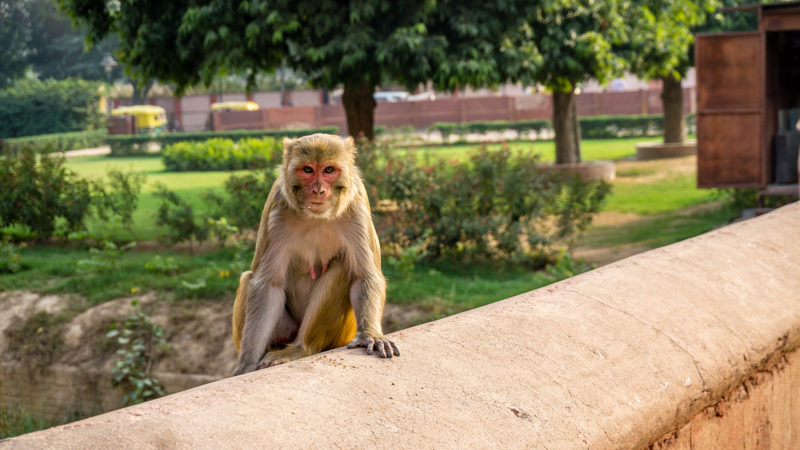 And here we are taking one last look at the massive fort as we are driving away. 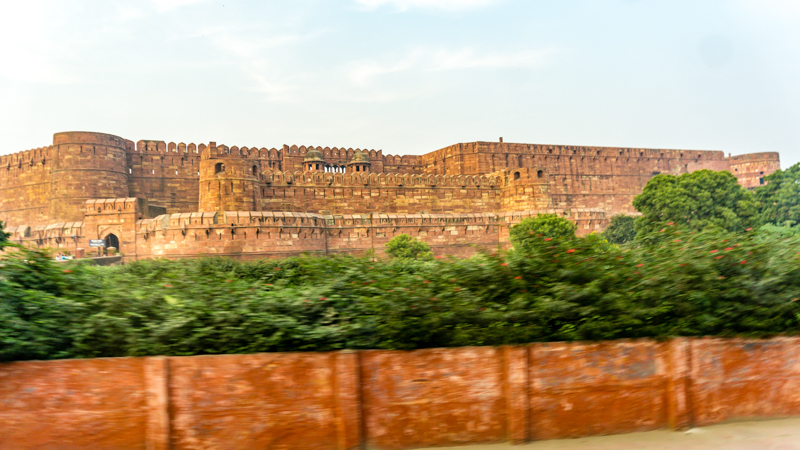 Read about other other adventures in India.