Porto was my favorite city from this trip. It had a mix of everything – beautiful waterfront, tiny ancient streets as well as “normal” pedestrian streets, amazing architecture, and most importantly, Port wine!

We toured Sandeman Porto Cellars and got to learn about the different types of Port wine. We tried a traditional Porto dish: tripe stew (gross!), and another traditional Portuguese dish: Francesinha (yum!). We saw the bookstore that inspired the moving staircases in Gryffindor Hall from Harry Potter and had some drinks at a bar by the river. As you can tell, we were pretty busy in Porto. 🙂

We loved the openness of the plazas in Porto, and the architecture all around us, this is definitely not something we see in NYC. 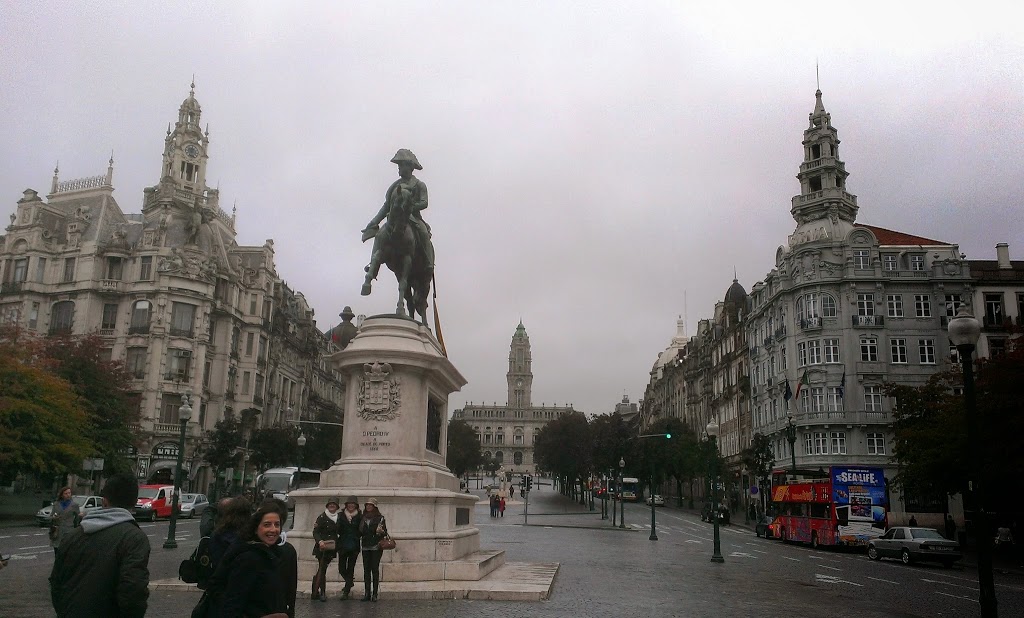 The openness of the plaza contrasted nicely with the crowded layout of other parts of the city. It almost looks cartoonish to me, the way these colorful building are all tightly packed together. 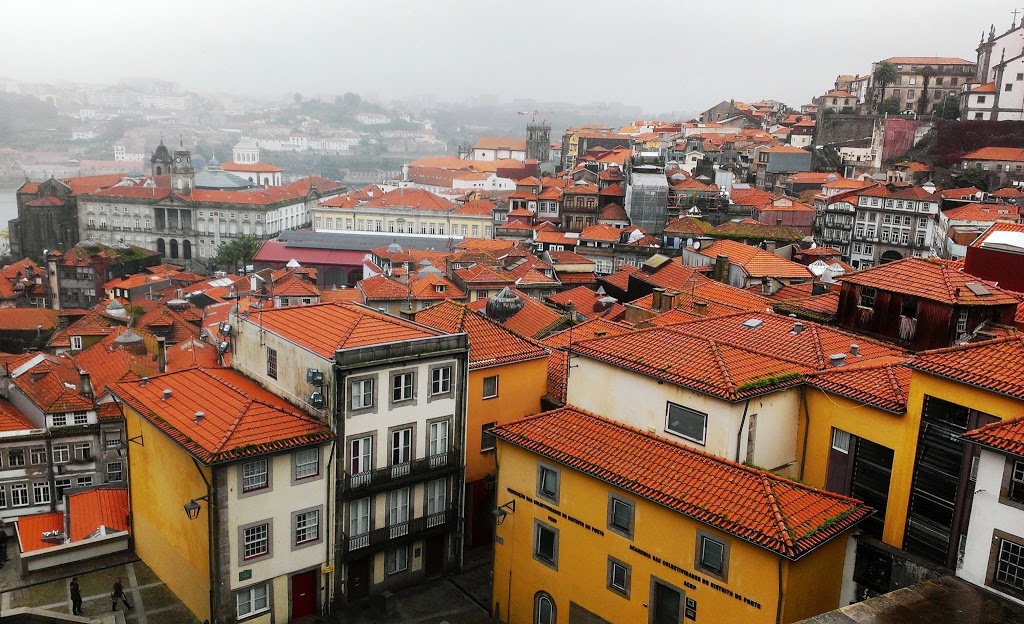 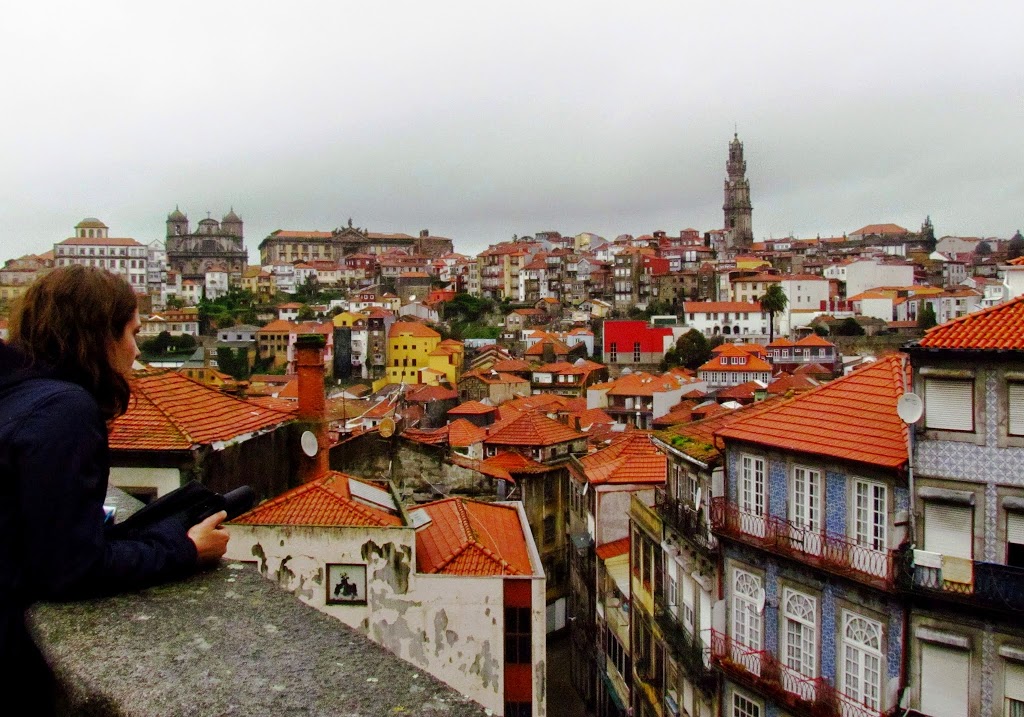 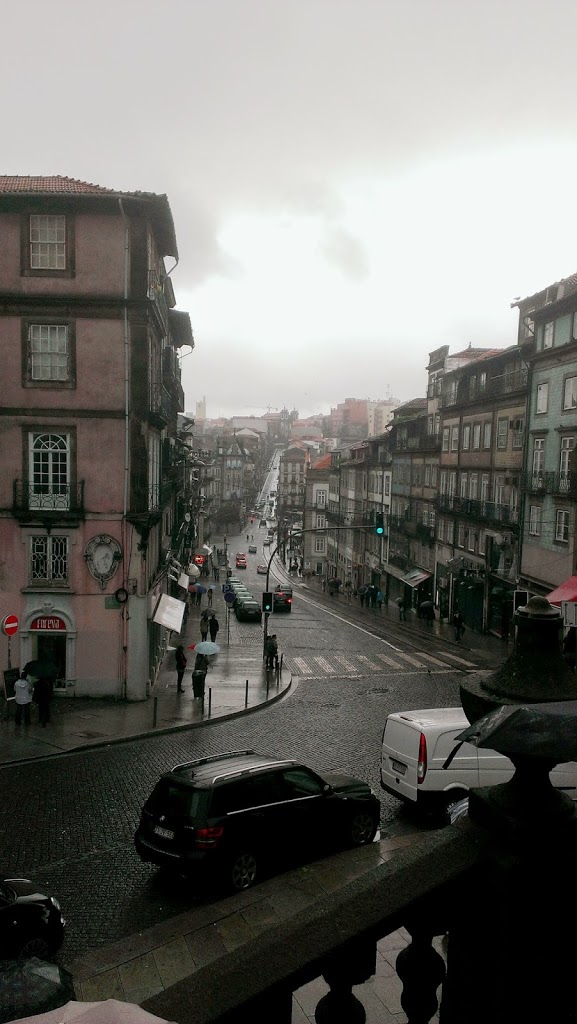 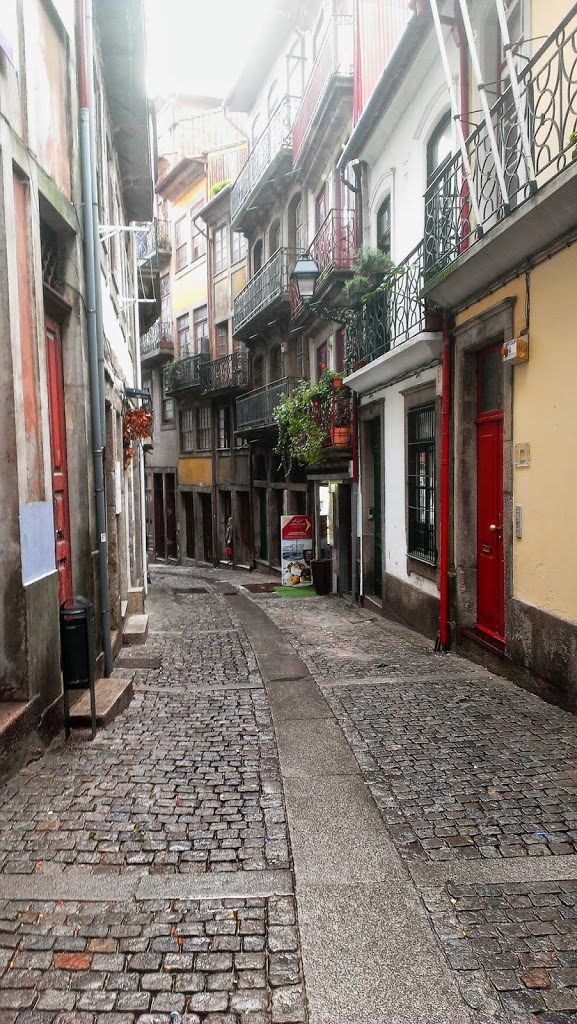 I loved the view of the hilly city over the river, both in Porto and in Coimbra. We made sure to get a view of the city both during the day and at night. 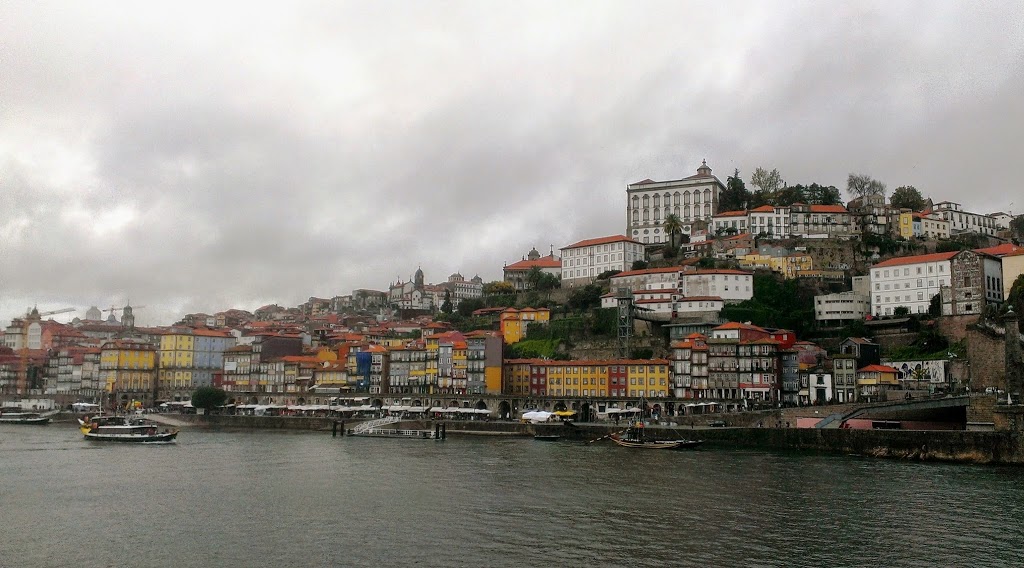 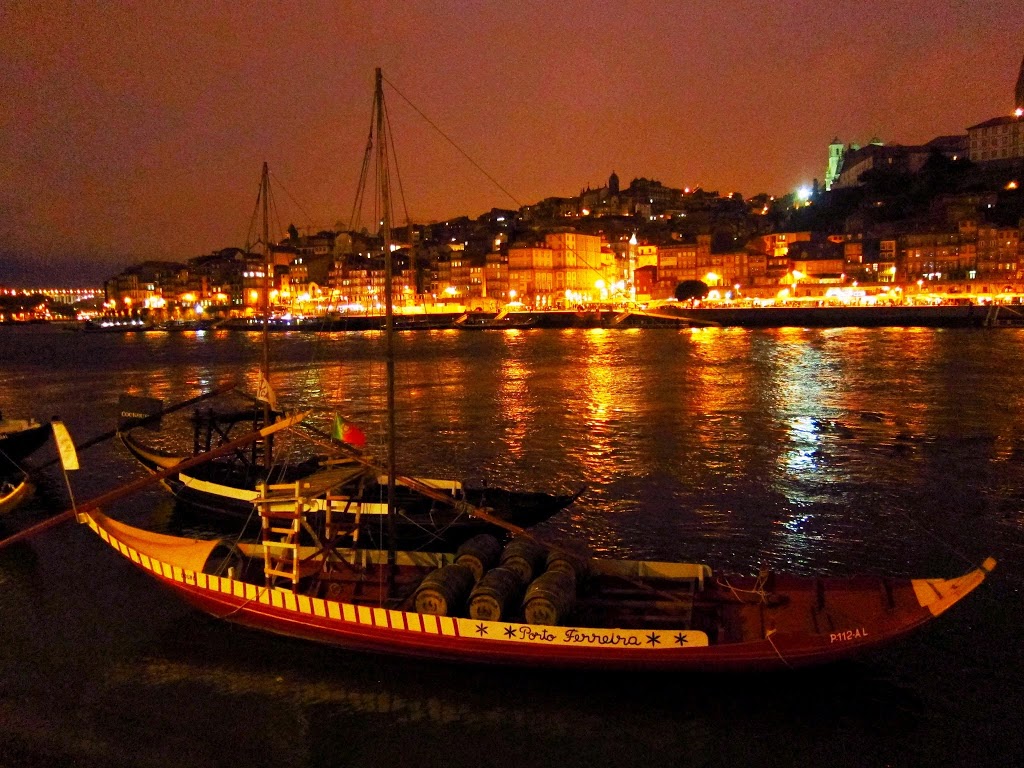 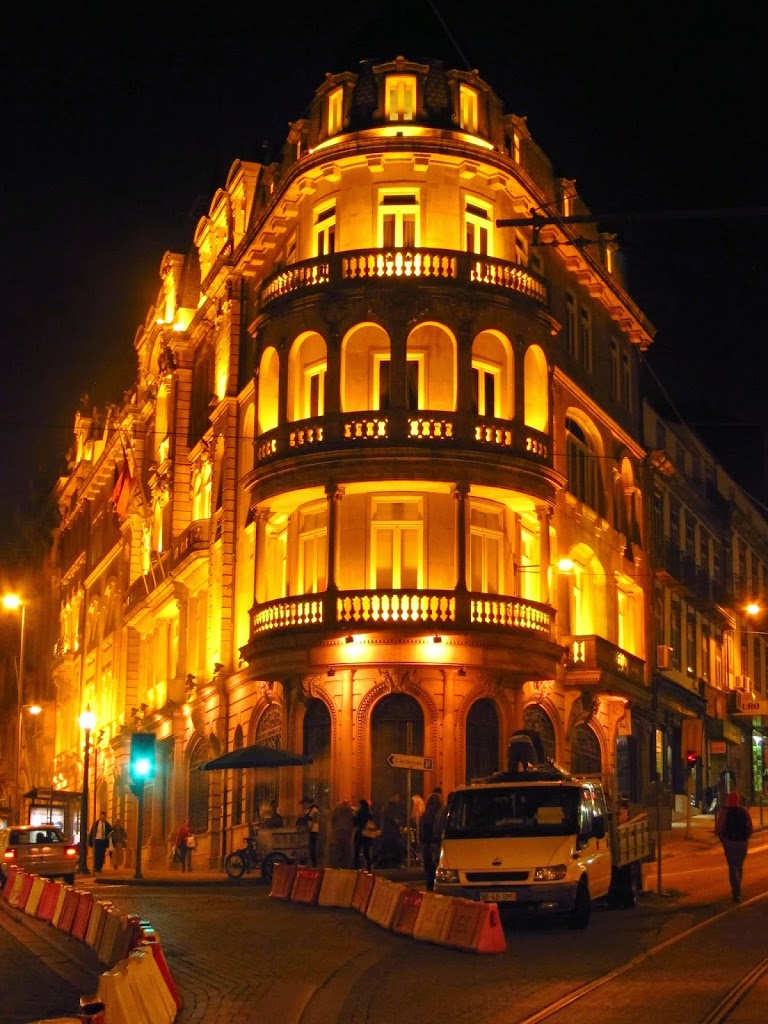 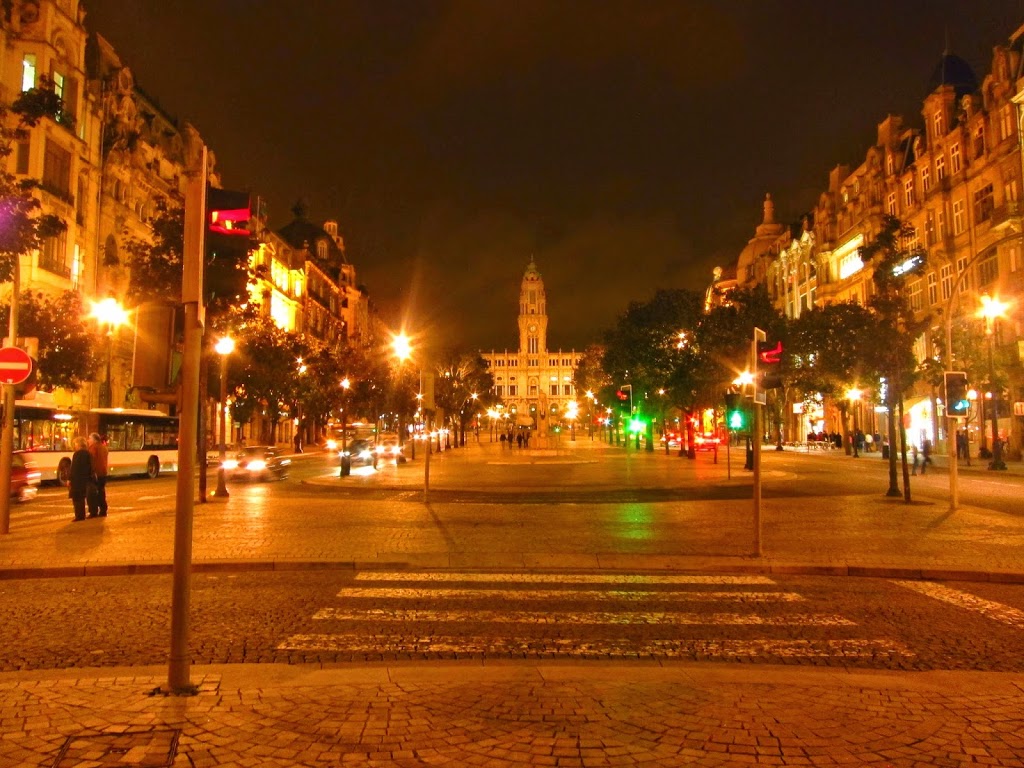 We saw some University students wearing capes. I kept asking when Dumbledore was coming out, because I’m just that clever =P Apparently it’s traditional for students to wear capes for important days, such as graduation. Not sure what was happening that day though, in early November. 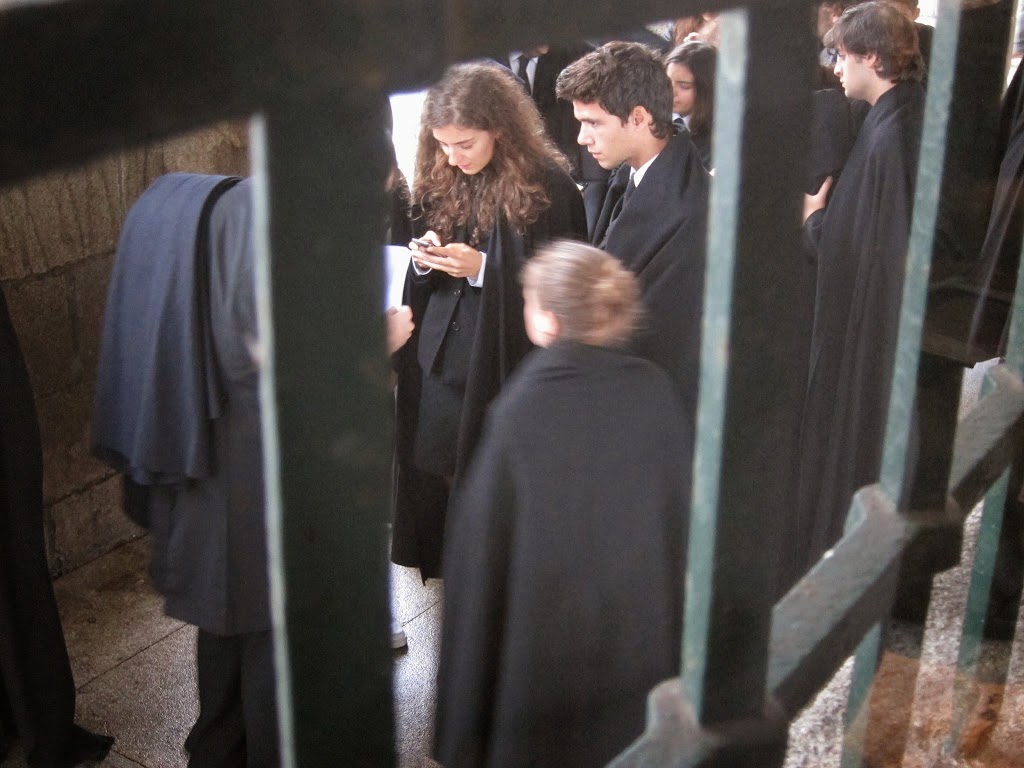 While in Porto, we also took a tour of Sandeman Porto Cellars and learned all about different kinds of Porto. We learned what all the terms meant – reserved, tawny, vintage, etc. So when we went out to bars after this tour we pretended to be fancy and to know what we are ordering. In reality, it all tasted pretty good to us – we do NOT have sophisticated palates. 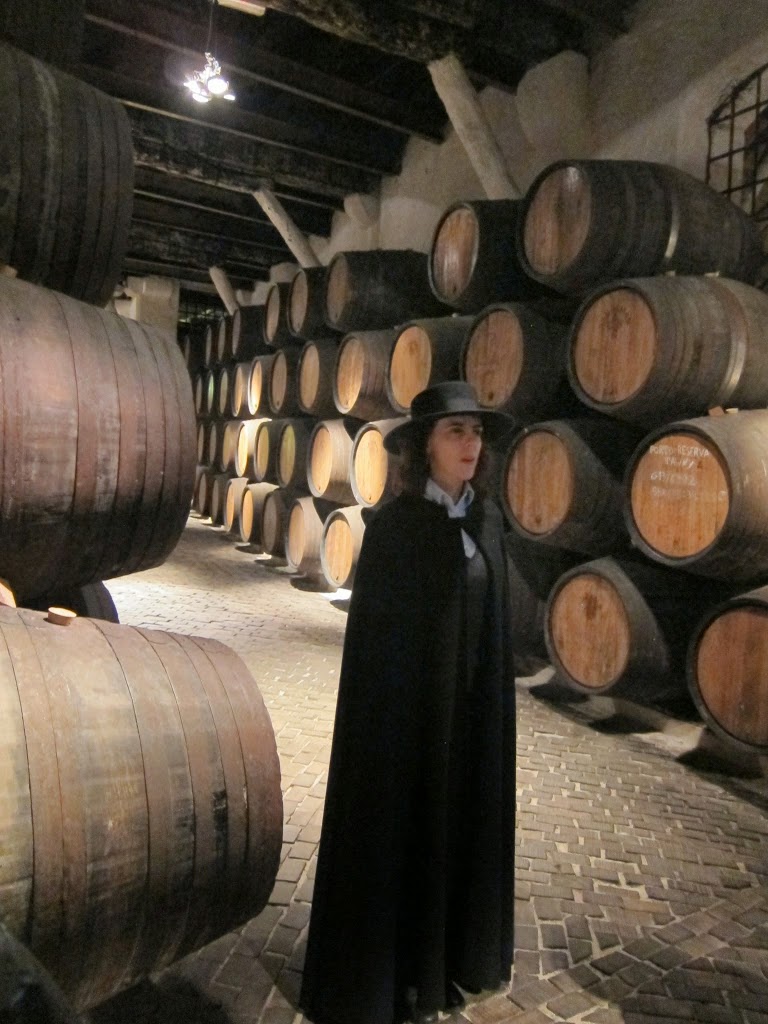 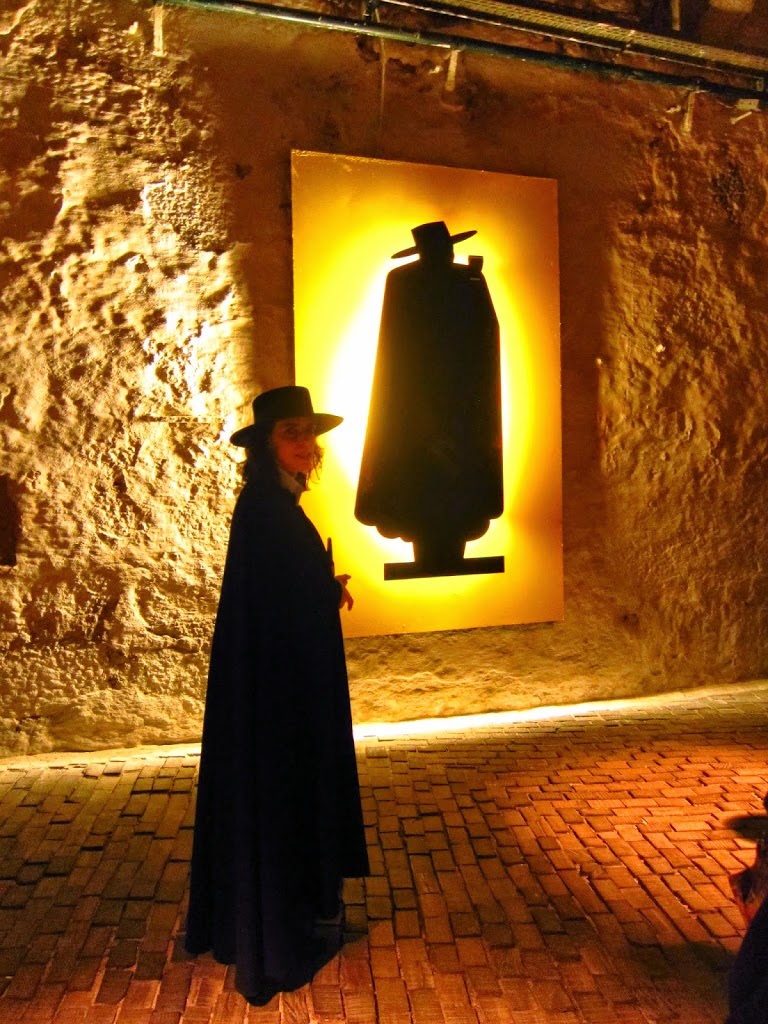 Porto was ridiculously hilly – we walked over 10 miles in one day, uphill both ways, and we were exhausted. One “street” we took to get from the bottom of the Dom Luís Bridge to the top had ~290 steps (we counted, but were feeling a little loopy towards the end, so we don’t know the exact number).

The Dom Luís Bridge has two levels, both are walkable, but the view of the city from the top level was well worth the climb. 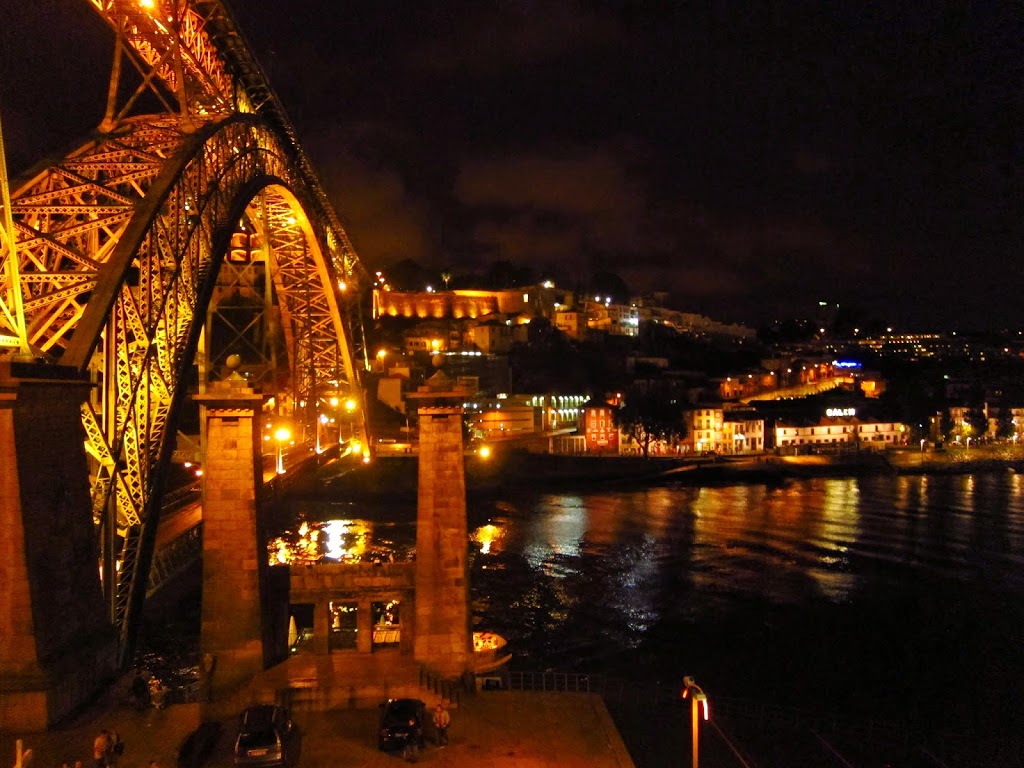 Looking back at the stairs we climbed on this street at night: 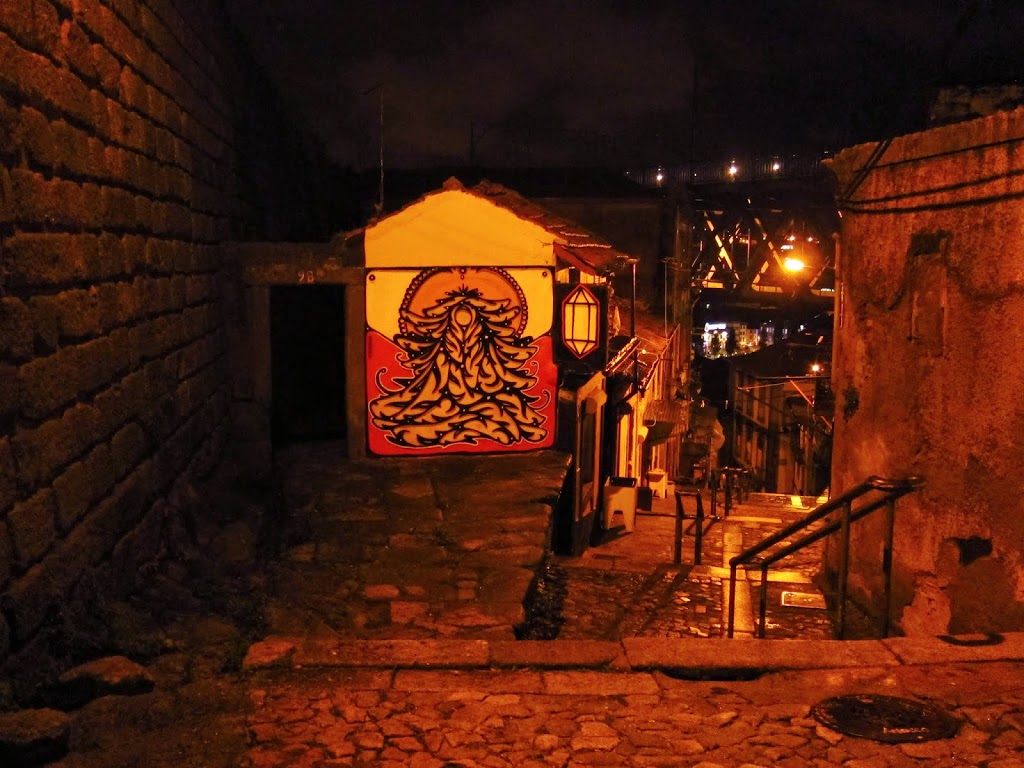 Porto was awesome because none of these deserted streets at night felt scary. We passed by some people at night, but they were other couples, or an elderly woman going home with groceries – basically no one that looked like they wanted to mug us. No random men trying to climb over a private residence fence like we saw in the creepy streets of Alfama in Lisboa.

We had such a great time in Porto, and I would love to go back one day.

4 thoughts on “A Day in Porto, Portugal”