A few months ago, my grandma casually mentioned that she’s always wanted to go on a Double Decker Bus tour around NYC. She’s lived in Brooklyn for 20 years now but has never been on one of those tours. Conveniently enough, her birthday was coming up and I decided to take her on the tour. Maybe she planned it that way all along. Hmmm…. 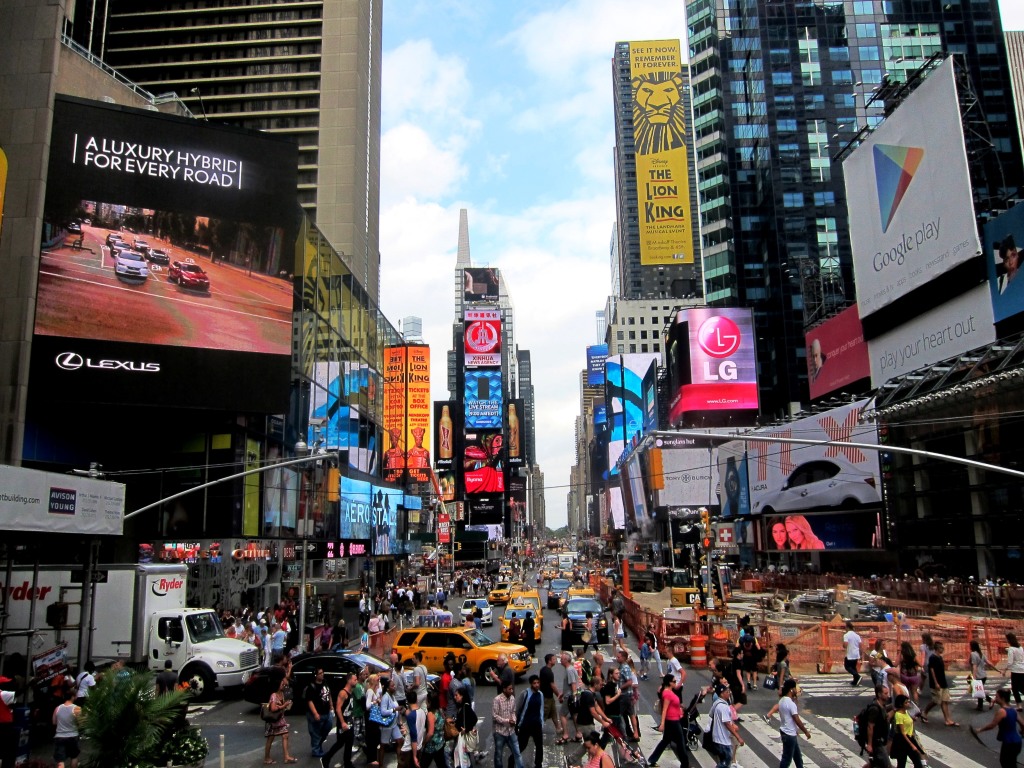 At first I was really dreading it – I mean, I grew up in Brooklyn, I’ve seen NYC, and I wouldn’t be caught dead on the touristy double decker bus. But it actually ended up being really nice, I was very pleasantly surprised.

I got the Grayline 48-hour tour tickets online, and off we went. The Grayline website is a little crazy, Why! is! there! so! much! stuff! in! my! face!? But when we got to the main office in the city, everything went very smoothly. We got our tickets and they showed us where to go to start the Uptown Loop of the tour.

At the beginning of the tour, we passed by one of my favorite buildings in the city – the Hearst Tower. I remember back when this tower was first built. 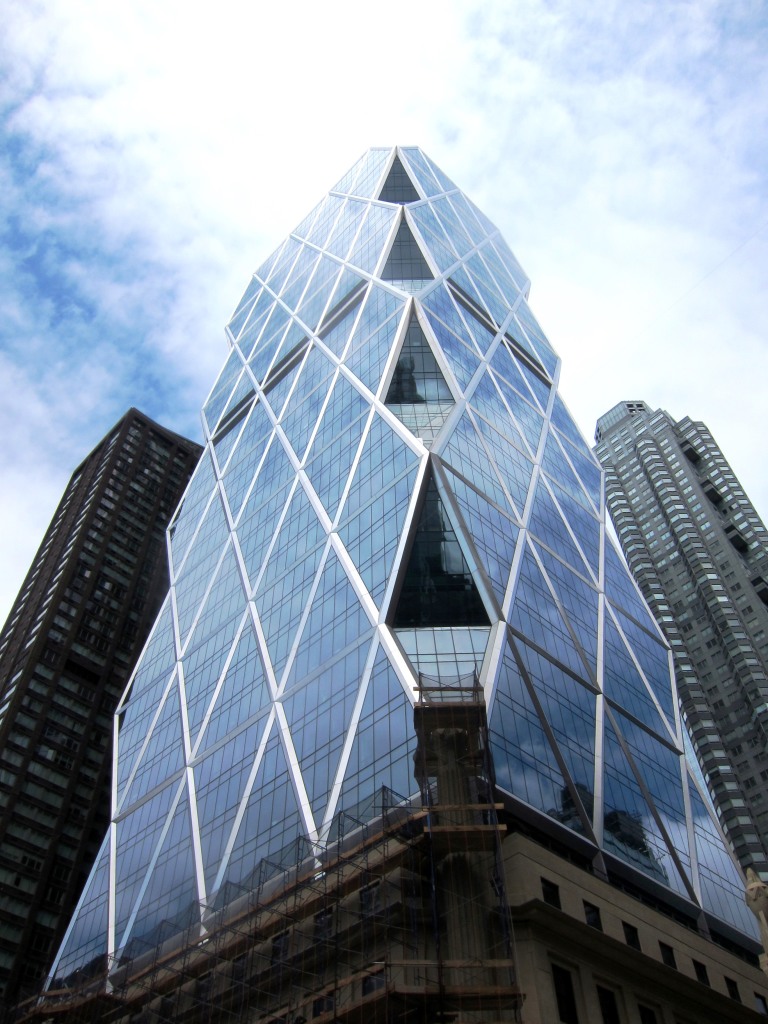 The cool thing is that the tickets are good for 48 hours, and they are valid for 4 different loops. We did two of the loops – downtown and uptown. There is also a Bronx loop, a Brooklyn loop, and a night tour. Since the tickets don’t have names on them, they are transferable, and I wanted to come back with Aldo the next day to do the night tour. Unfortunately it rained the next day, and we figured sitting on top of a open bus would suck in the rain. But it is pretty awesome that so much is included in the tour – almost makes it worth it to pay the $54 per ticket.

Here’s a good tip that I unfortunately learned after the tour – NY, NJ, and CT residents can get buy-one-get-one-free tickets. So I could’ve spent half the amount. Oh well. Live and learn.

I really enjoyed the tour because most of the time when I’m in the city, I am walking as fast as I can to get through the crowds to where I need to go, and I don’t get a chance to look up at the buildings. All you see from the street level are the storefronts, the people handing out flyers, the scaffolding due to the never ending construction, and the pushy pedestrians. But if you were to look up, you would see architecture that rivals European buildings! (Just don’t look up and wander around slowly if you are a tourist, you will make some fast walking people very angry) 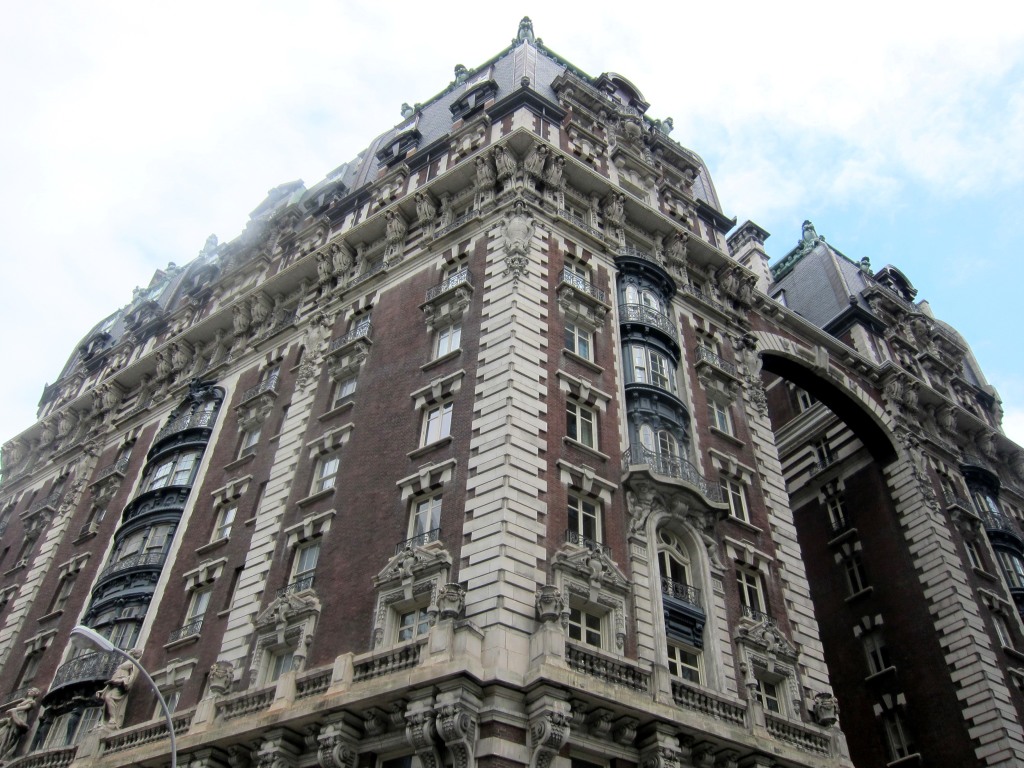 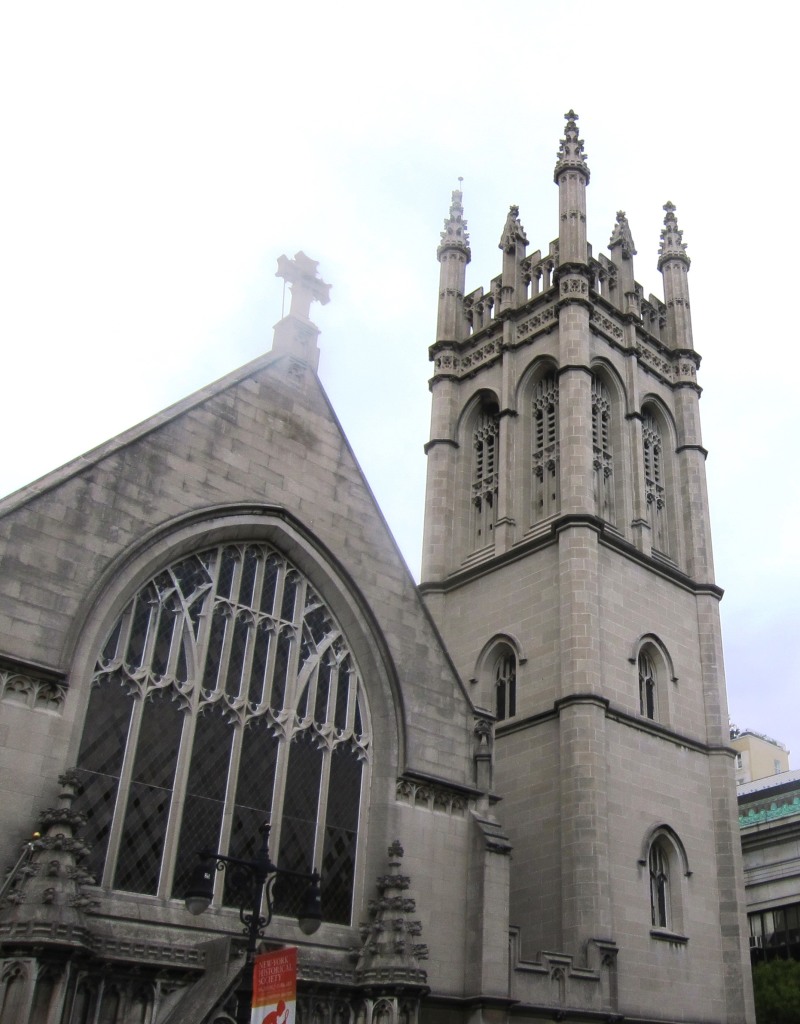 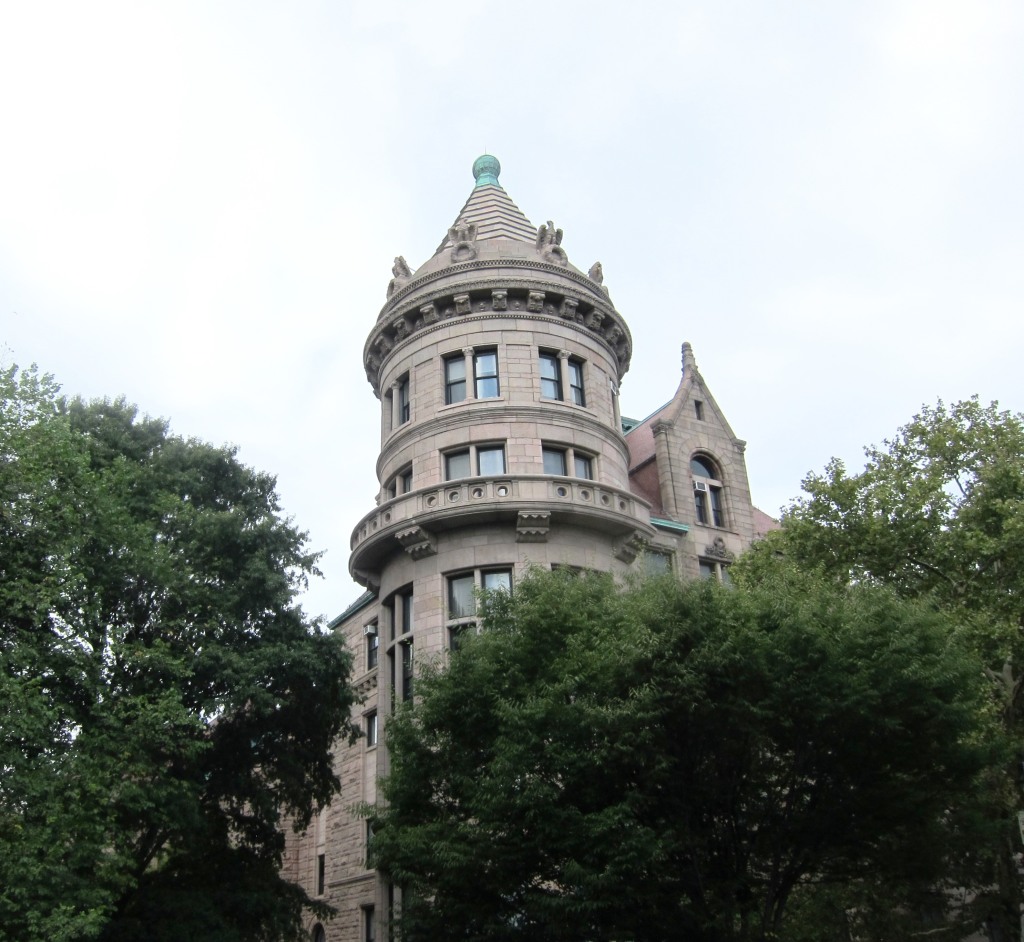 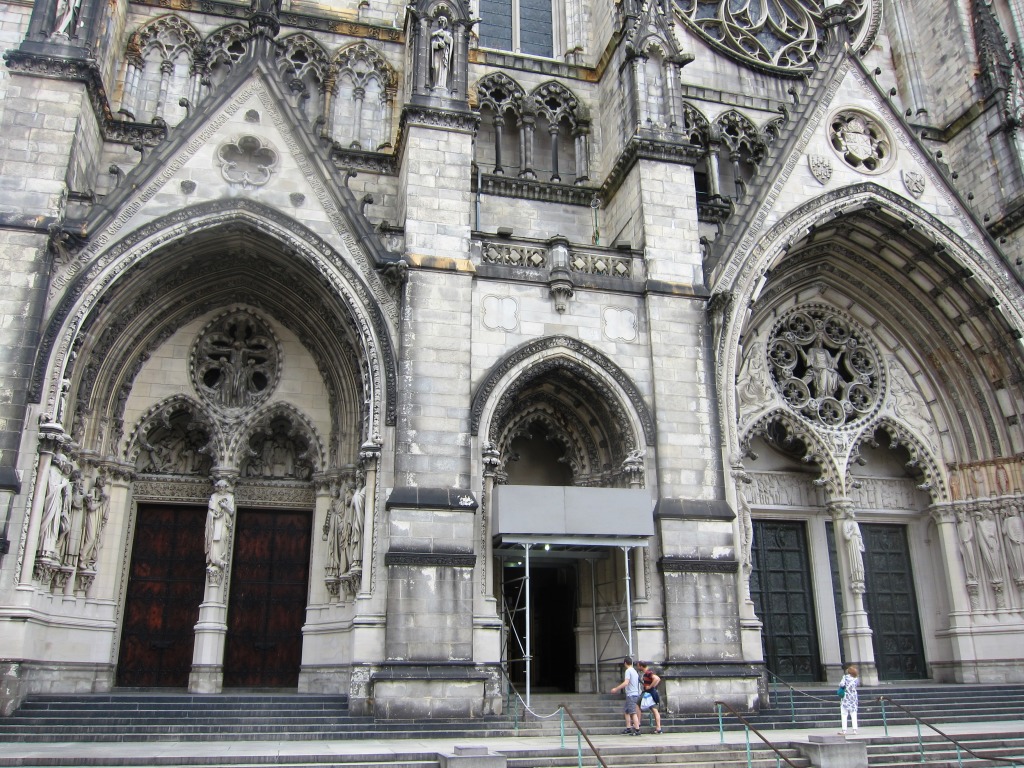 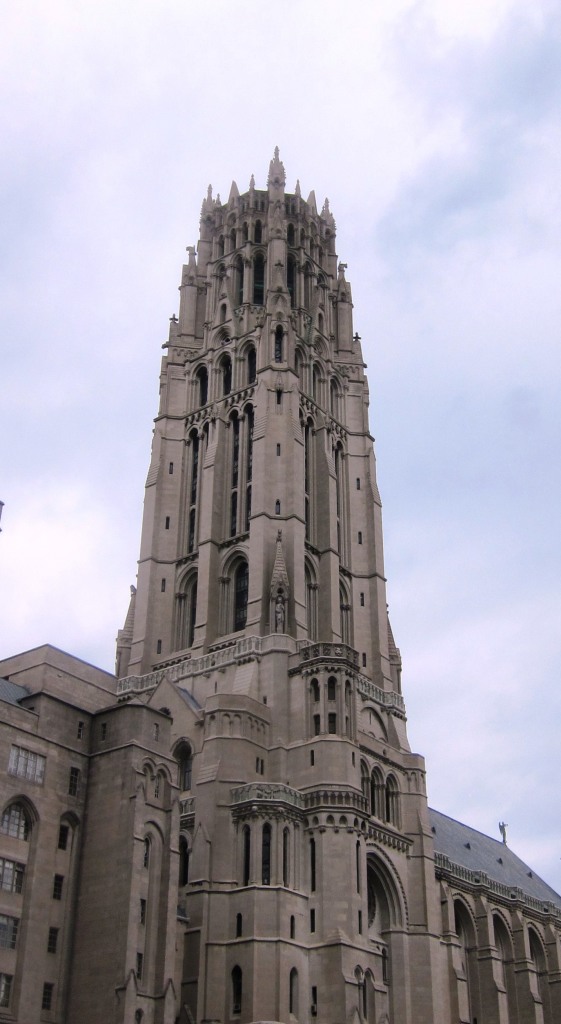 The most awesome part about the tour is that they have pre-recorded tours in several different languages, one of them being Russian, so my grandma could listen along and understand everything. The recorded tours must have been connected through some kind of GPS, because when I listened to the recorded English tour, the recording waited while we were in traffic and only started as we were passing by each attraction.

The funny thing is, I took WAY MORE PICTURES than any of the actual tourists on this tour. I couldn’t help it, I love taking pictures, and I love NYC. Since this was going to be the only time I would actually be on this tour, I was going to take full advantage of it. The only sad part was that it was a gloomy day – the pictures don’t reflect how awesome the city is.

Here is the world famous Guggenheim Museum – such a different style than all the buildings above! 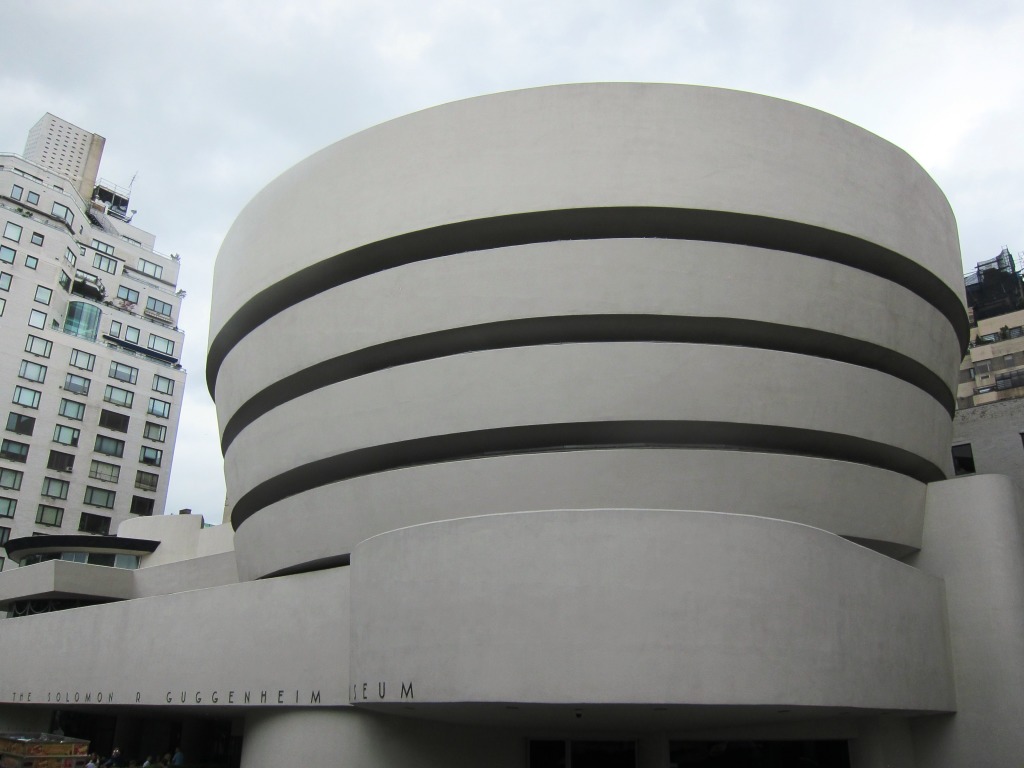 After the museum mile we made it back to the end of the Uptown Loop and passed by the Petrossian Restaurant. I have never dined at such a fancy restaurant, but I wouldn’t say no if someone wanted to take me there! 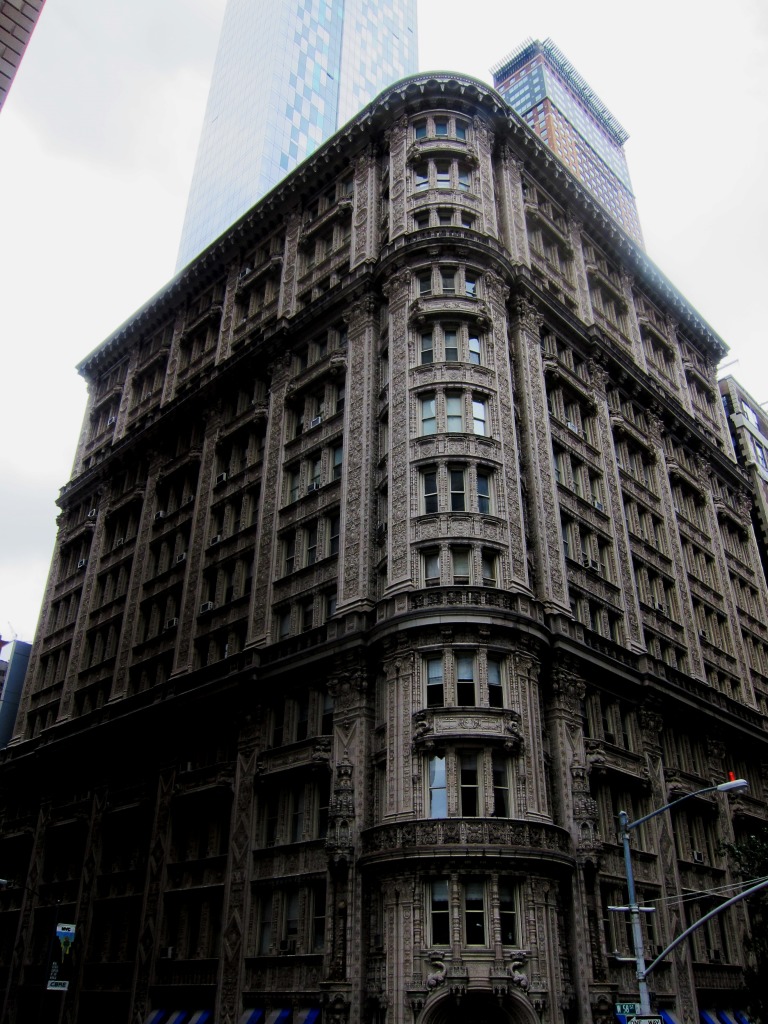 So even though the weather was gloomy most of the time, my grandma and I both had a really good time. We were super exhausted after the two tours (funny how that happens, considering we were SITTING the whole time), so I took my grandma for some frozen yogurt. She’s never seen the whole self-serve frozen yogurt thing, and it kind of blew her mind. It was fun to take her to one. 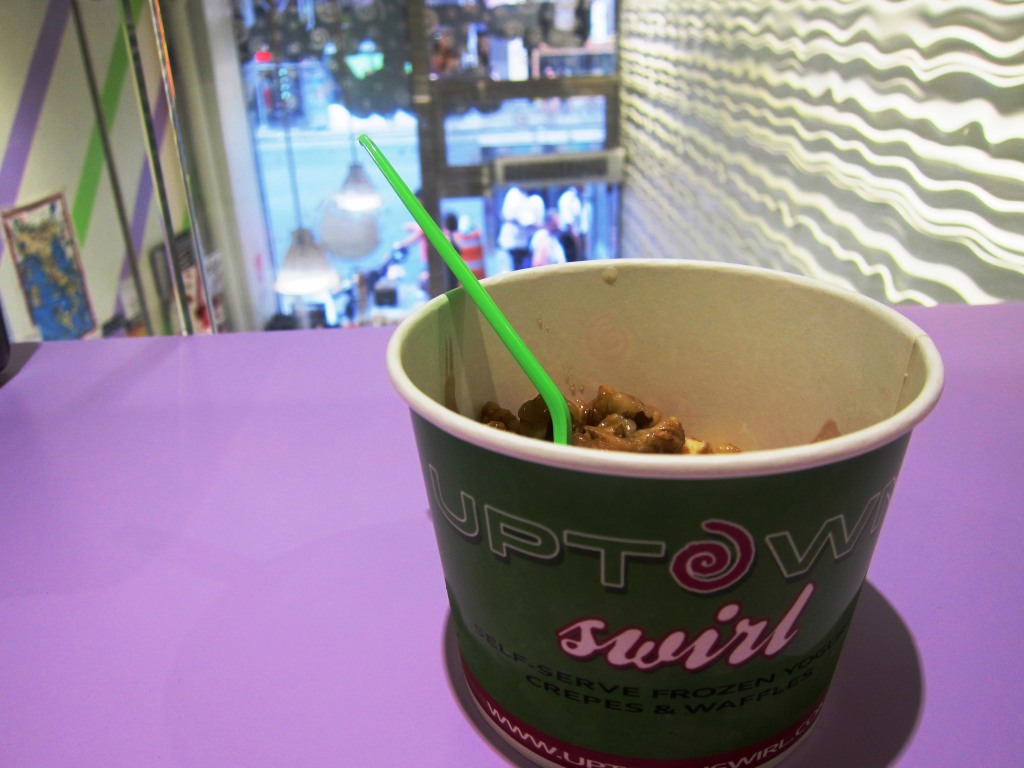 I love that my grandma wants to do activities like this, I hope I am as energetic and outgoing as she is at her age.

Coming up in the next post is the Downtown Loop that we began in Times Square. Stay tuned!