A little while ago we were invited to a family birthday dinner in Yonkers. Yonkers is over an hour away from us, and we were not super excited about making the drive up there just for a dinner. So I decided to see if we can make a day out of it – I don’t mind driving for over 2 hours when we’re going for the whole day. 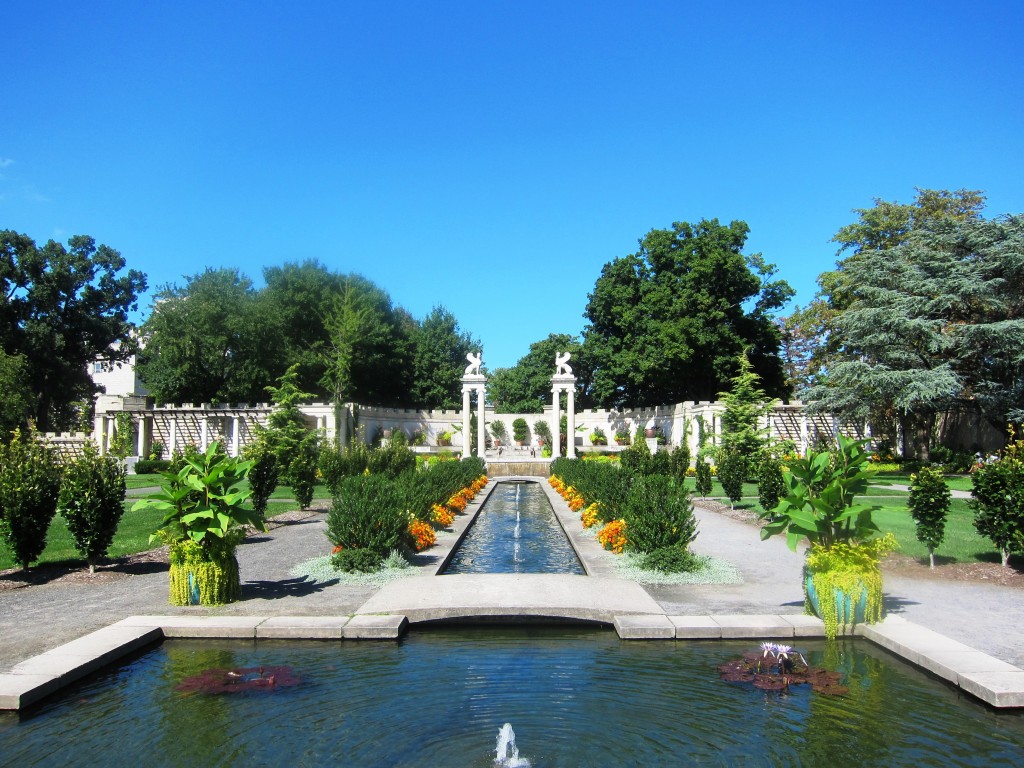 I looked up things to do in Yonkers, and came across the Untermyer Gardens, which looked gorgeous from the pictures. It was a perfect day to spend outside, so I put on a pretty dress and we drove up to Yonkers. 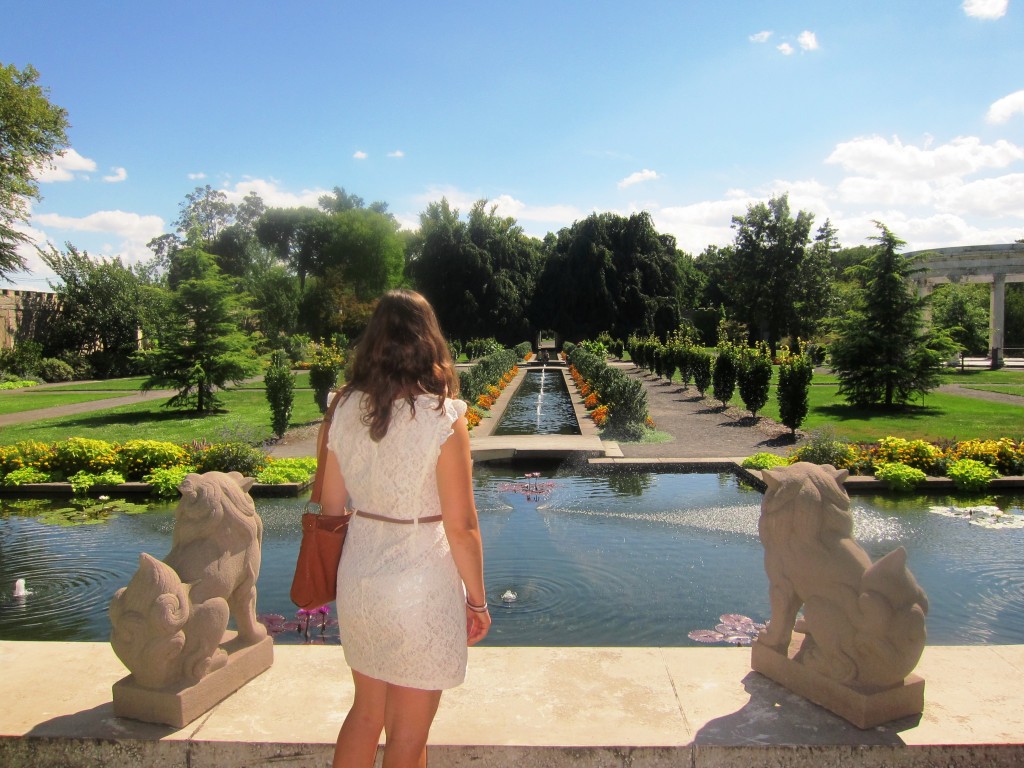 Untermyer Park is GORGEOUS. The park itself is 43 acres with lots of paths for walking around and lots of green grass for picnicking and sun bathing. We even saw a nude guy tanning himself, with just a cloth draped over him bum. It was awkward because we had to pass kind of close to him from behind to get to one of the paths we were trying to get to.

The best part about the park is the Walled Garden. It was designed based on the biblical description of Eden, and it really is one of the prettiest gardens I’ve ever been to, and it was so well maintained. I’ll let the pictures do the talking. 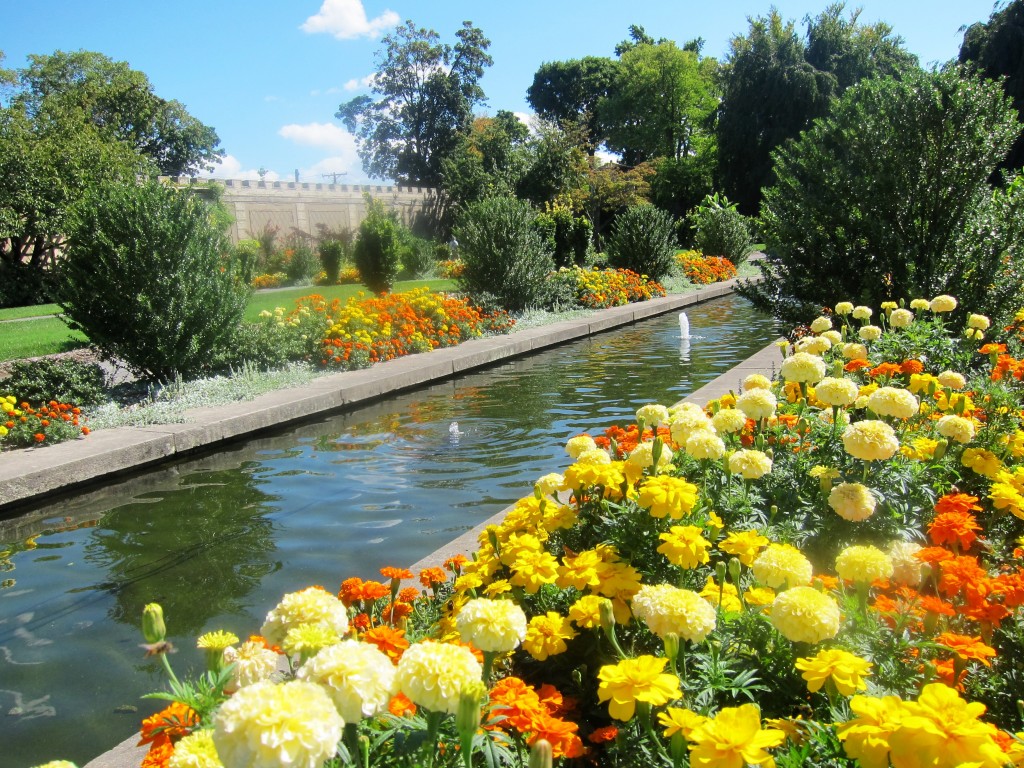 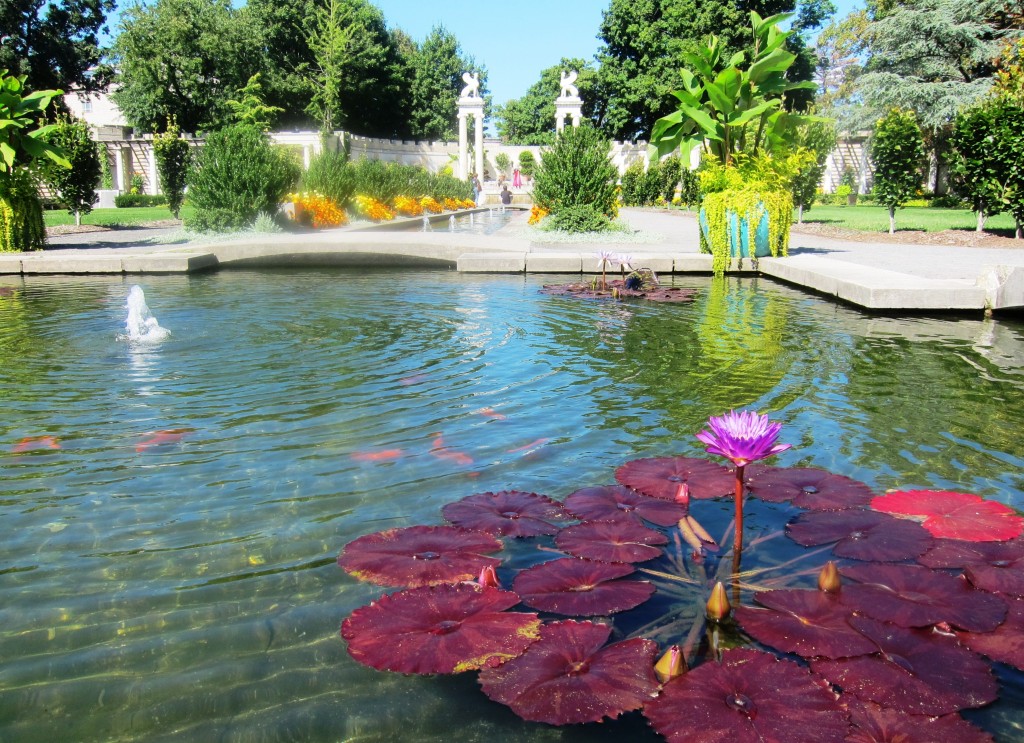 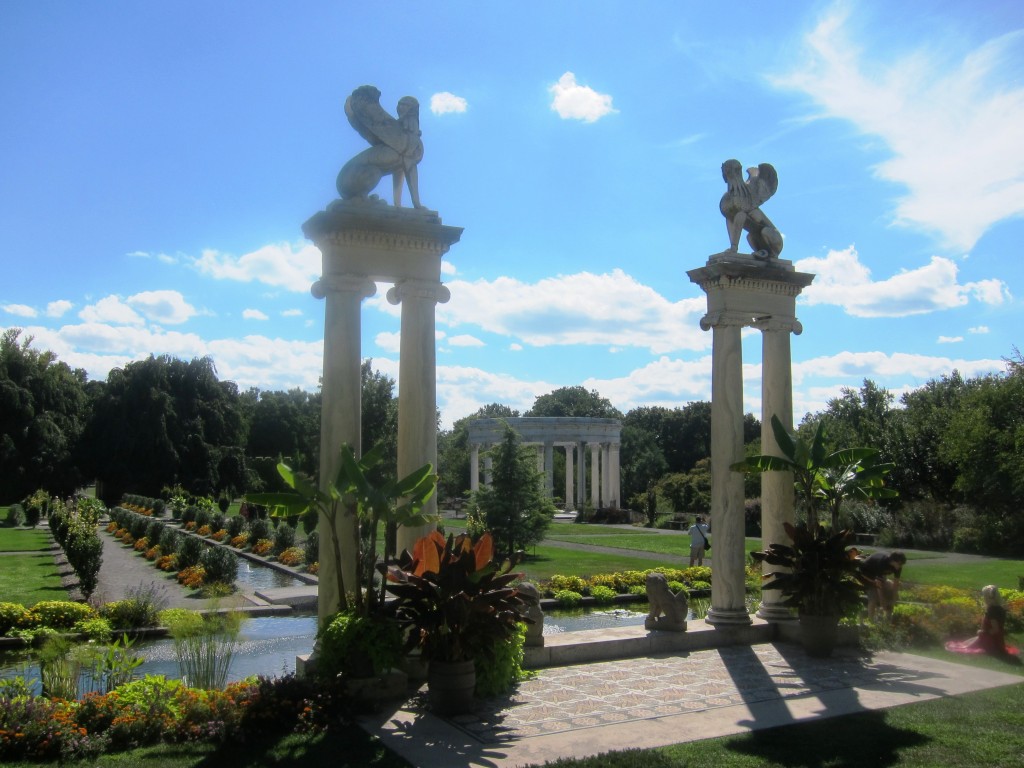 If you walk to the very bottom left of the Walled Garden, there is an inconspicuous door that leads to a Vista of the Hudson river, and a 136 step walkway to two columns right over the Hudson. These columns are 2000 year old monolithic Roman cipollino marble columns. Whatever that means. The point is, we got a little bit of ancient history right here in Yonkers! 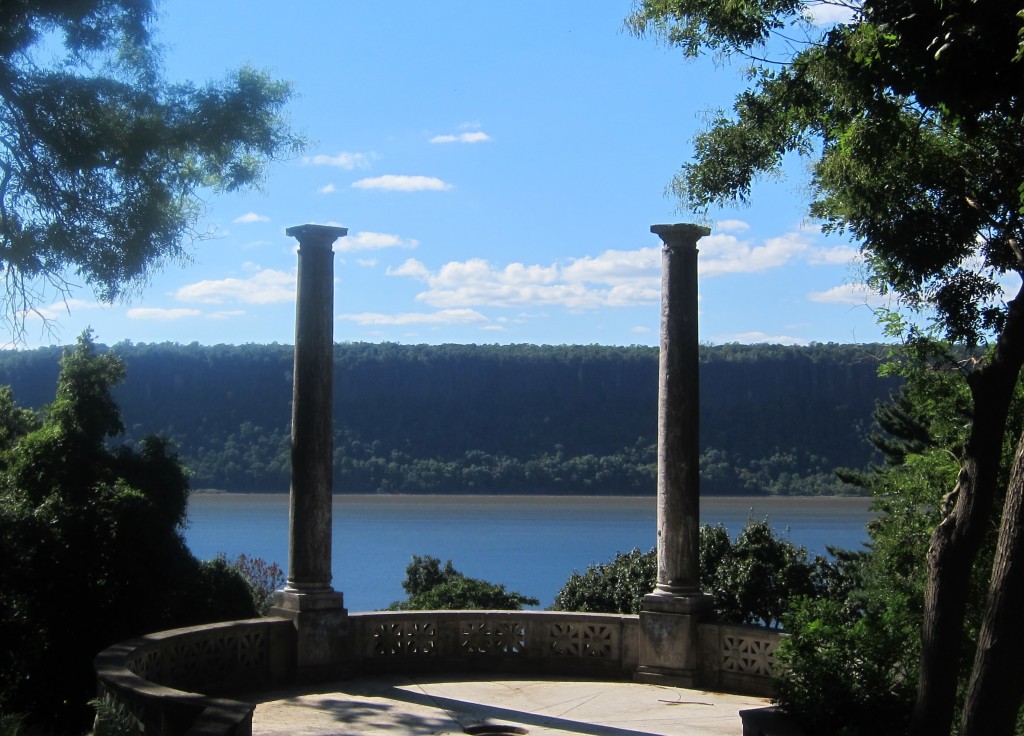 The park also has a very interesting history. The land for the park was purchased in 1862, and bought by several prominent NY figures until being acquired by Samuel Untermyer in 1899. In 1915 Untermyer commissioned a famous Arts architect to design the garden, and in the 1920’s the park was called “America’s Most Spectacular Garden” by the press. Untermyer allowed the public to visit the garden too, and 30,000 people visited the garden in one day in September, 1939. (Thank goodness there were MUCH less people there on this September day!)

Samuel Untermyer’s wife Minnie Carl was also a patron of the arts, and she transformed the New York Philharmonic. She was a prominent suffragette, and her husband was one of the first male suffragists. 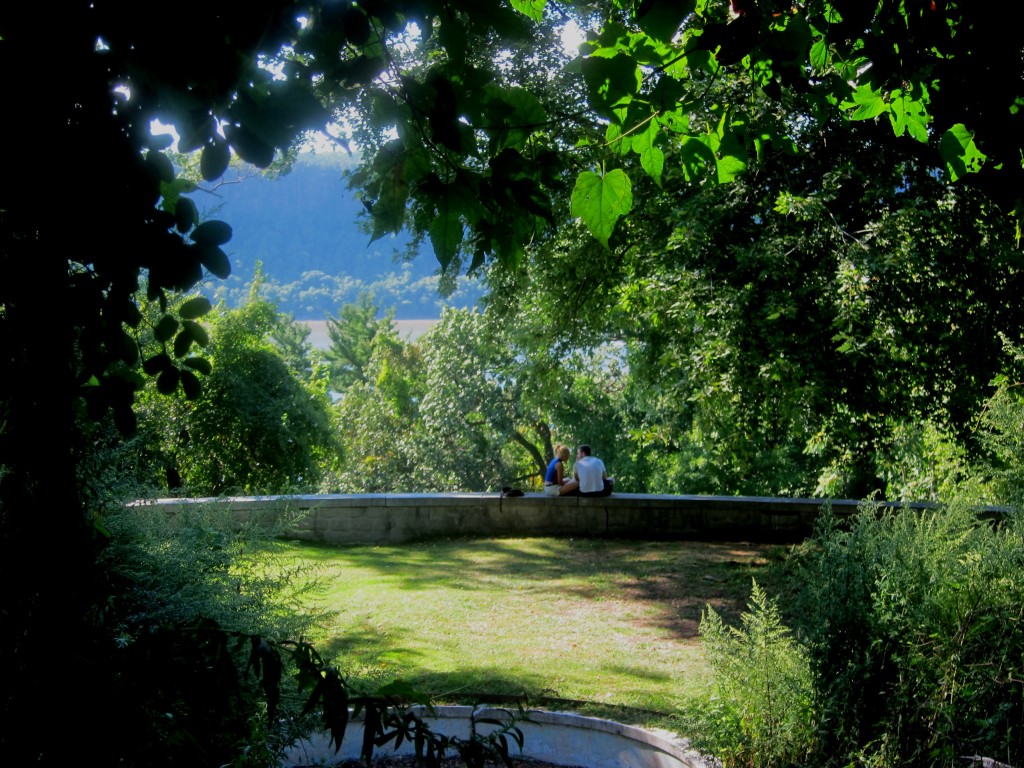 We were very pleasantly surprised by this park. Here’s a selfie to prove it. 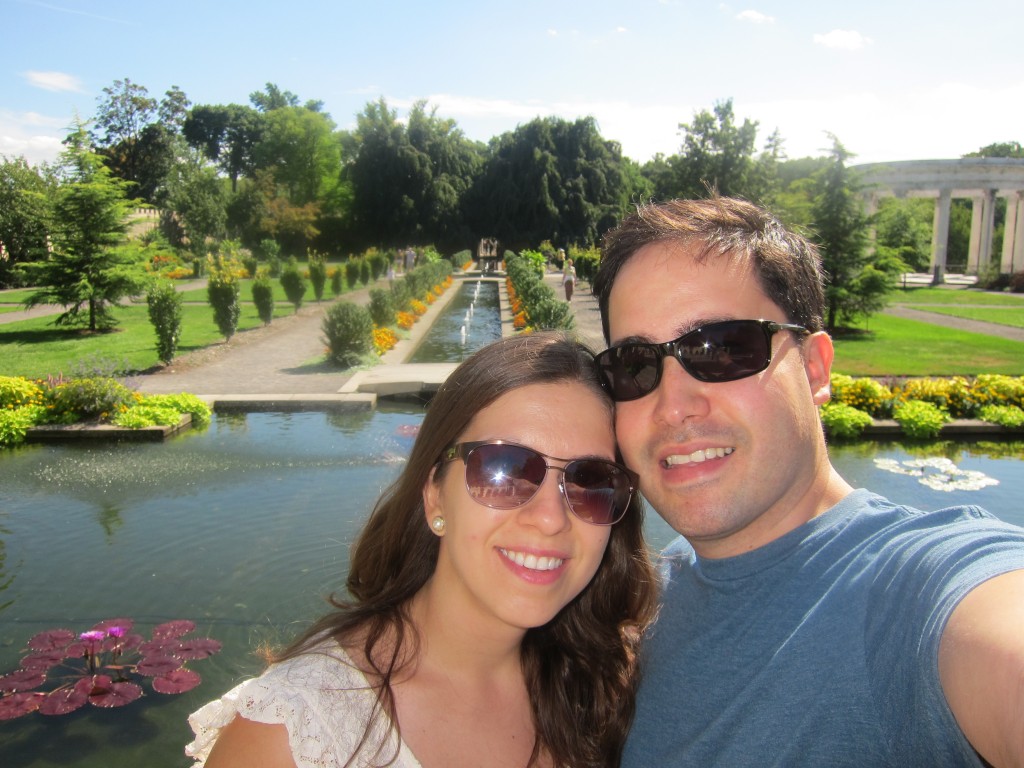 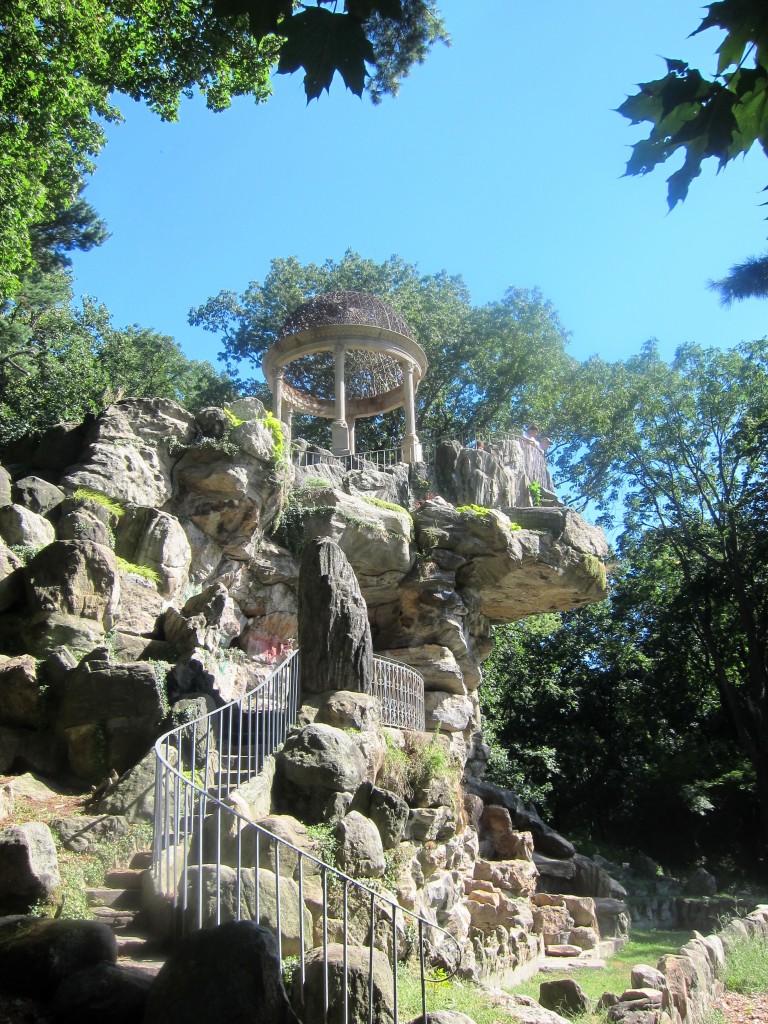 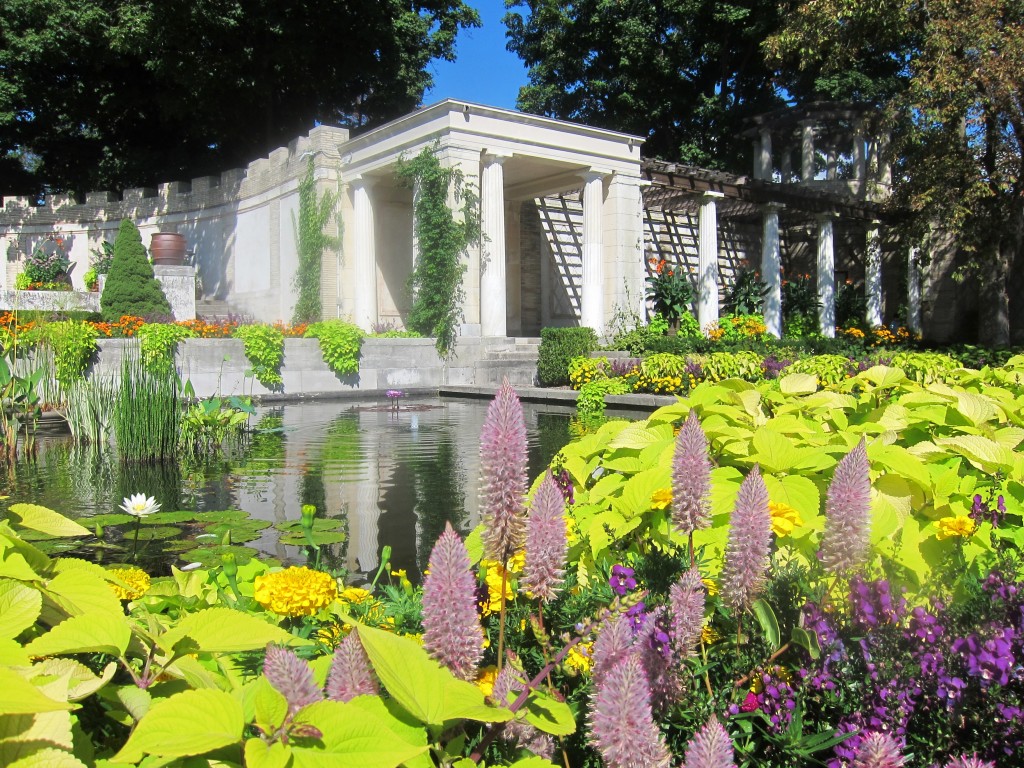 If you are ever in the area, you should definitely stop by Untermyer Park. There is plenty of parking in and around the park, and the Walled Garden area can take as little as 15 minutes to see. But if you have the time, you can probably spend a couple of hours sitting on a bench in the shade of one of the gorgeous trees, watching people walk by. We loved the visit, and I enjoyed learning a bit about local history.