I had the hardest time trying to think of what to write about Naples. I think that’s because after the first day in Naples, we came back to the apartment we were staying at and we were both thinking – “What happened out there?” Naples was kind of crazy!! 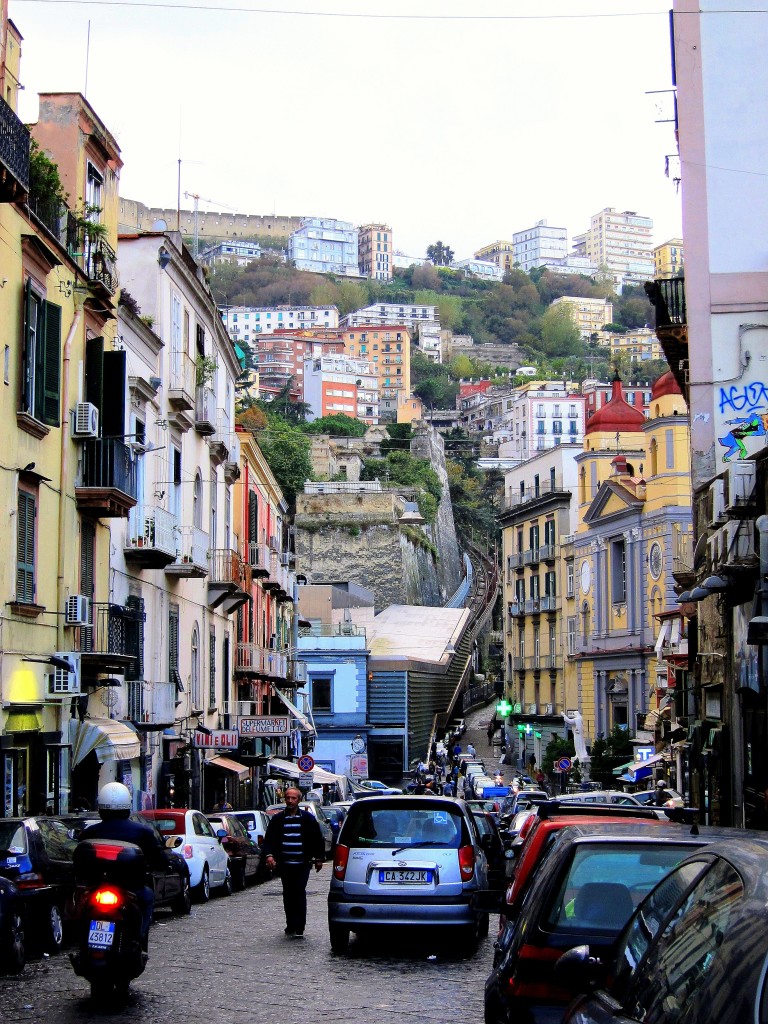 We started the day by walking through the old town Spaccanapoli neighborhood. To get to the neighborhood from the Napoli Centrali station area, we had to walk by a few super sketchy streets. Now mind you, no one bothered us at any point, but it all just felt iffy. Random men were sitting in the squares, and I am just going to go ahead and assume they were drinking early in the morning. Not sure if they were, but they all gave off that vibe.

The Spaccanapoli neighborhood itself had a lot of character. So much that after we were confused about it the first day, we decided to go back the next day and give it a second chance.

All the streets in the old town are so narrow, and because of that all the streets look kind of dark, even in broad daylight. There are mopeds whizzing up and down the narrow one way streets, which means that we didn’t get a chance to relax and stroll peacefully – we were always looking out behind us for mopeds and walking single file. Crossing the streets, no one ever stopped for us – we just had to step out onto the street and hope the cars stopped. Everything just felt a bit crazy. 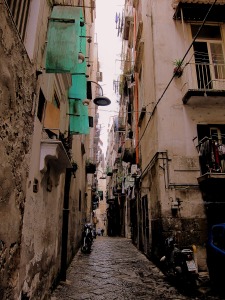 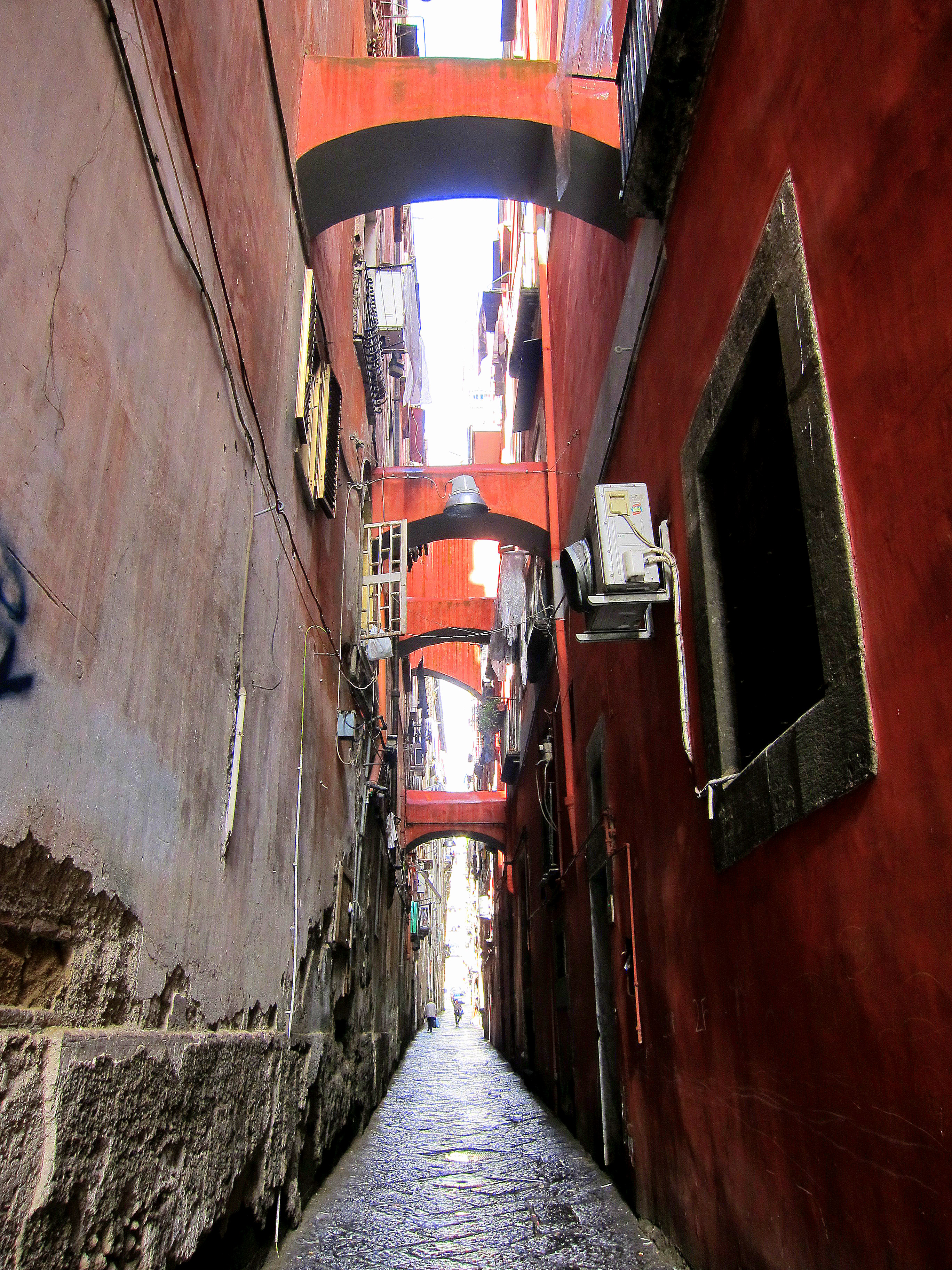 The neighborhood also looked really run down, which made us question whether it was a safe area. It seemed safe – there were a ton of shops open, with local people standing outside their shops catching up with their neighbors.

As I mentioned above, we ended up walking through Spaccanapoli again the next day (to get to the Naples Underground tour), and the second time felt much better, since we knew exactly what to expect. 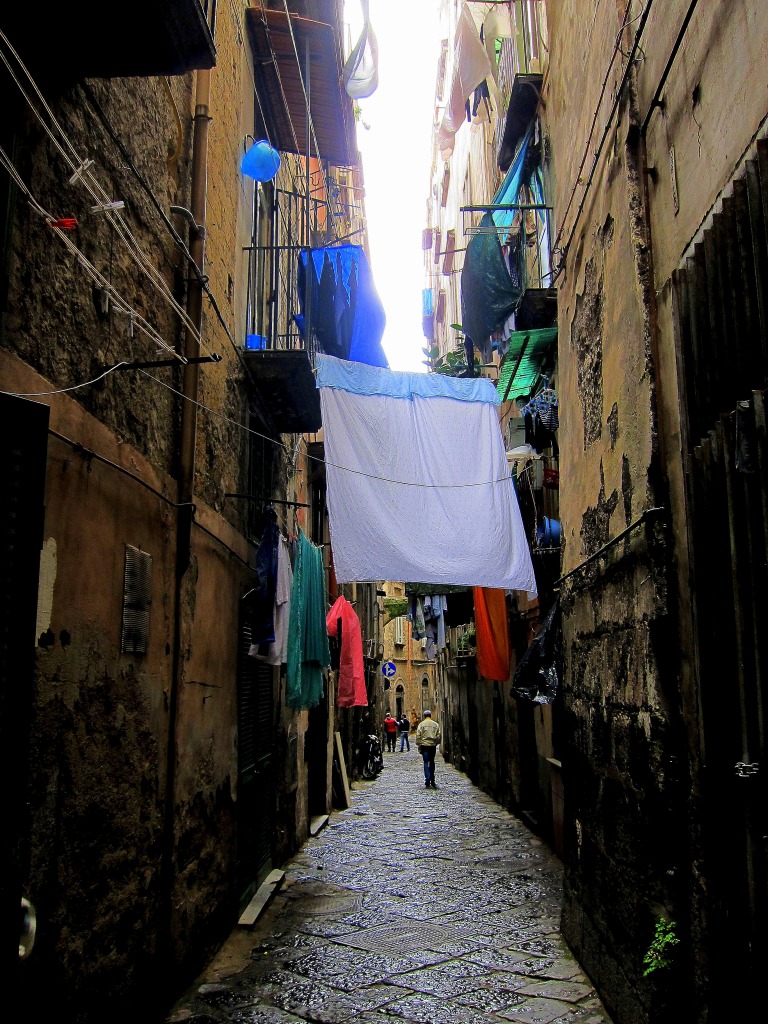 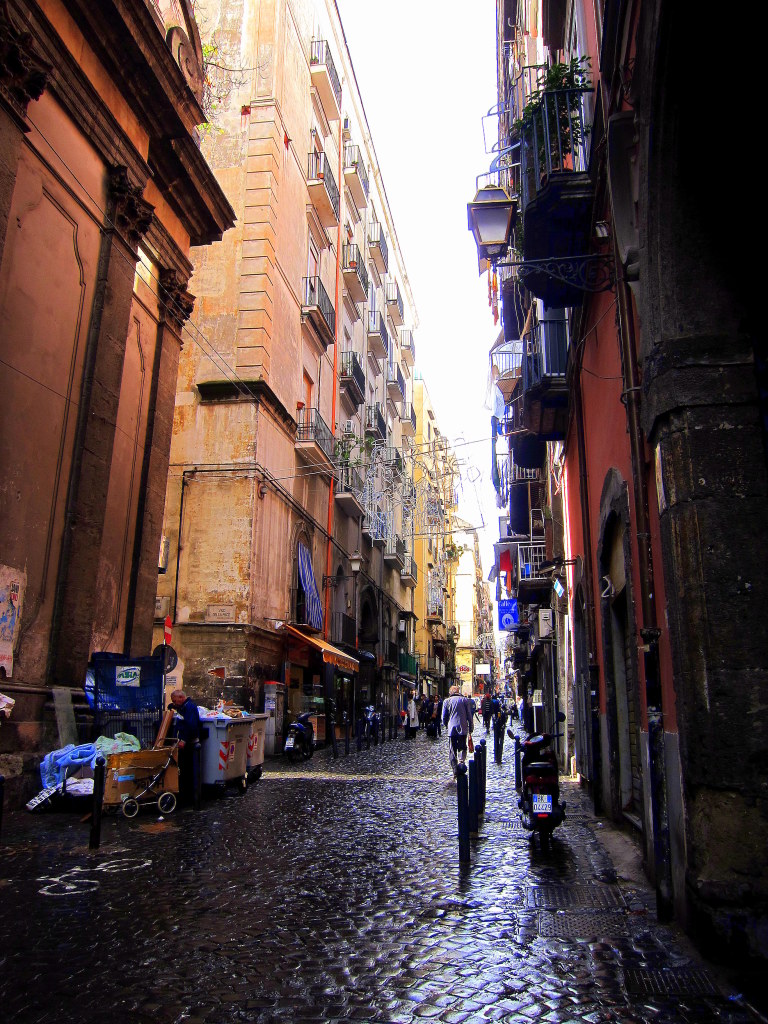 We walked through Spaccanapoli to get to the Castel Nuevo. Castel Nuevo was a disappointment. There is nothing inside except a museum of paintings, but it wasn’t an amazing museum like the Uffizi. The best way to describe the paintings was “meh.” Aldo and I tried to get into them but just couldn’t. We also thought we’d get to explore all around the castle, but most of it was closed off. The only cool part was this one section with a thick see-through glass floor where we saw some remains of human skeletons that were dug up. But don’t waste your money on this castle. 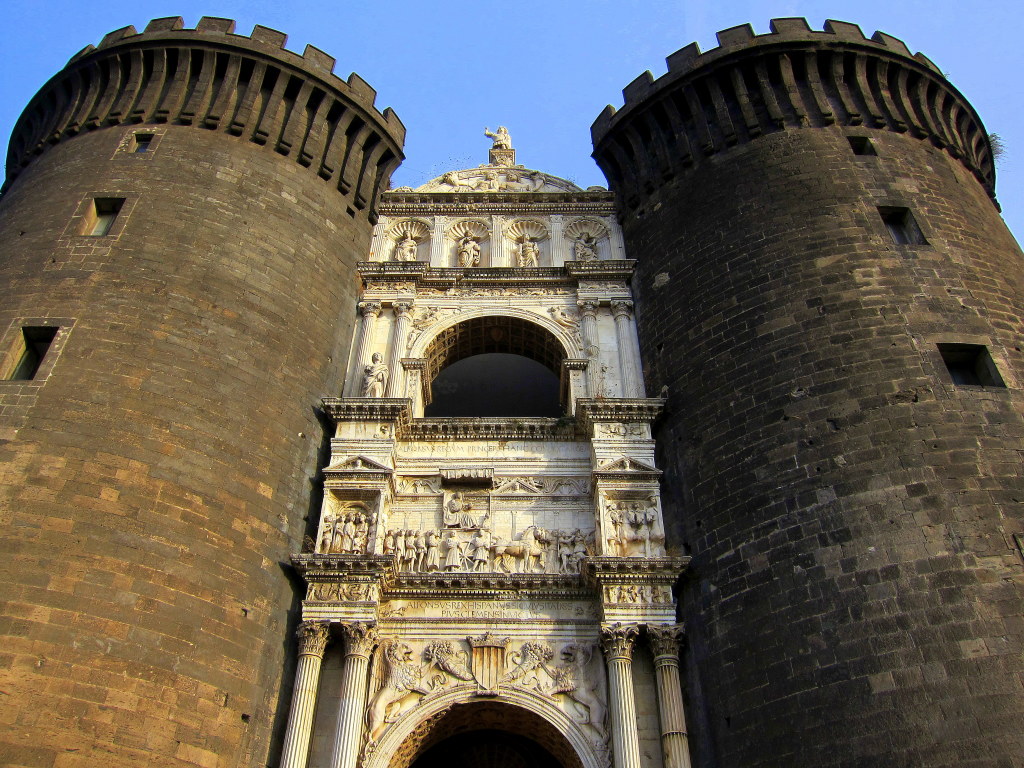 The entrance to Castel Nuevo – more impressive than what’s inside! 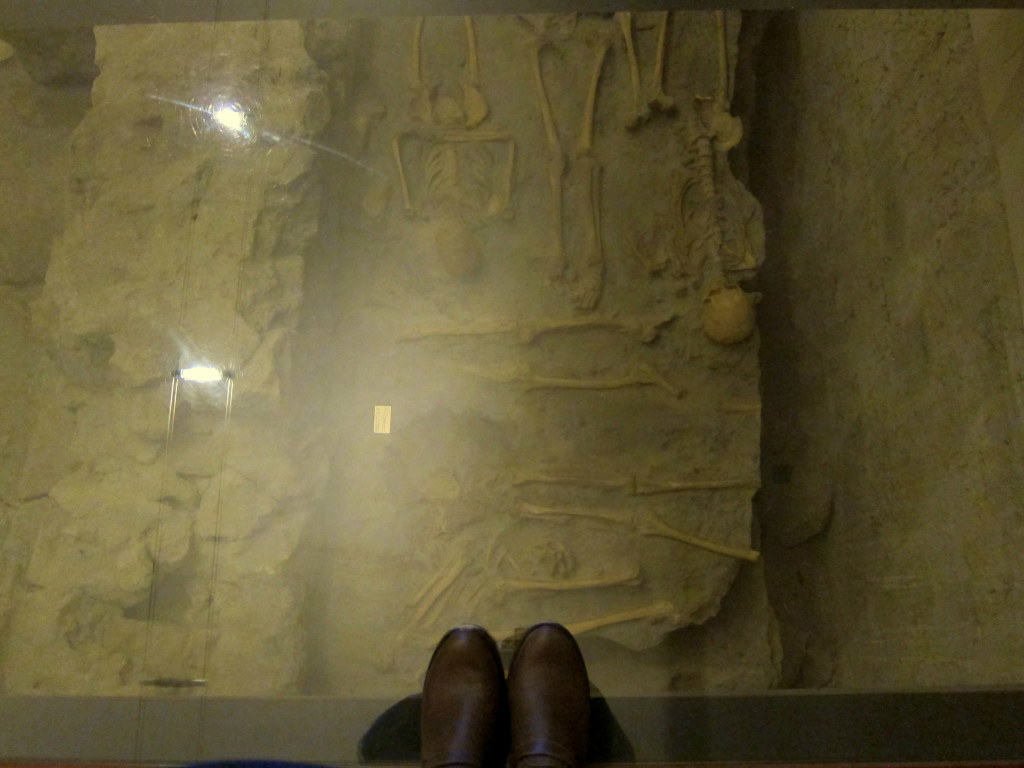 Instead, go to the Castel dell’Ovo – that one is free, and you can go all the way up to the top and explore the whole castle! There is actually a museum in there too, and the entrance is free as well. 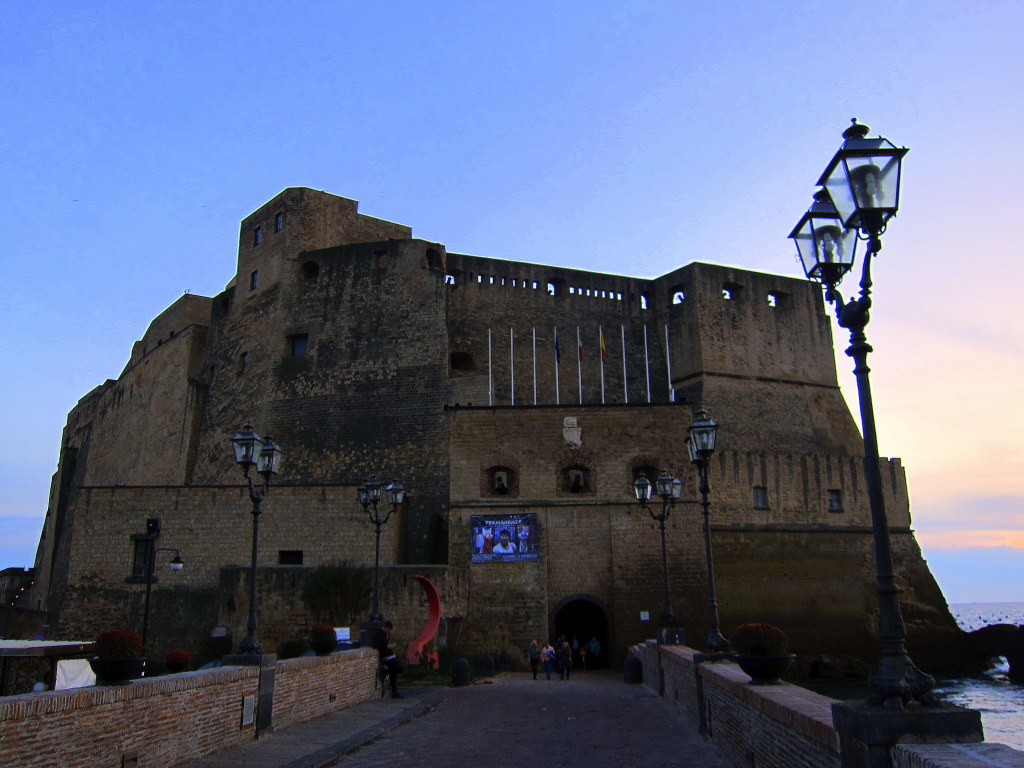 To get to Castel dell’Ovo, make sure you walk by the Royal Palace of Naples and the Piazza del Plebiscito. Both were under construction when we were there, but there was definitely a special feeling just being in that huge piazza. 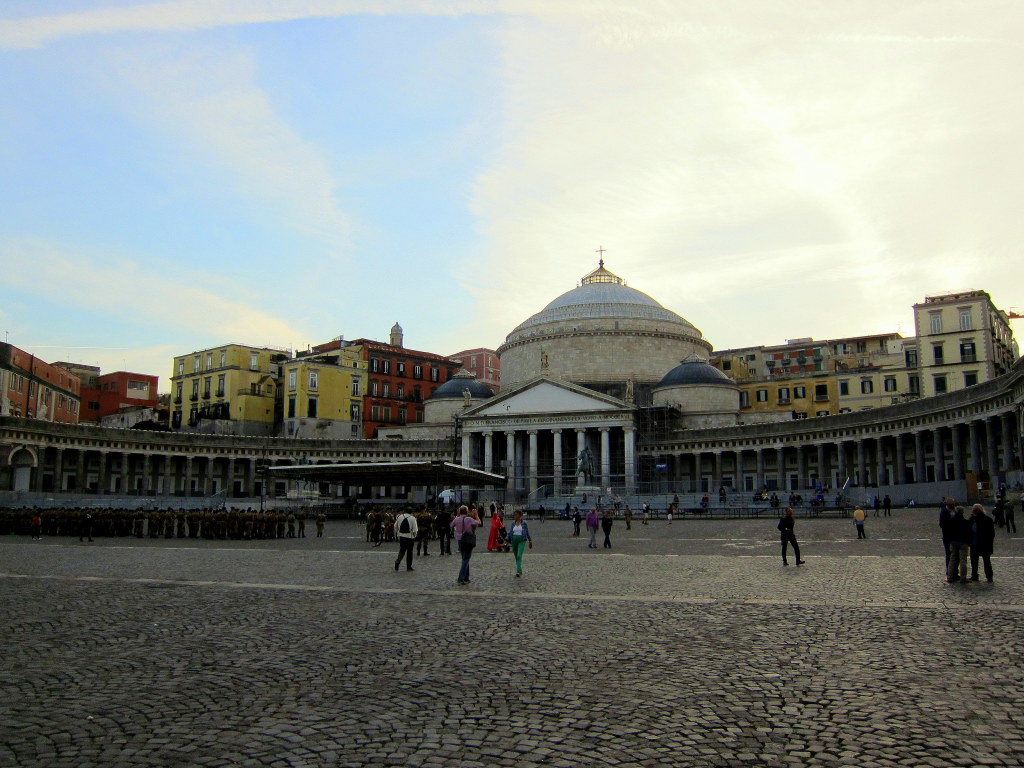 Castel dell’Ovo was fun to explore. It is also an awesome place to get a good view of Mount Vesuvius and the Naples coastline, and then to watch the sunset. I wish we wouldn’t have wasted our time on Castel Nuevo. 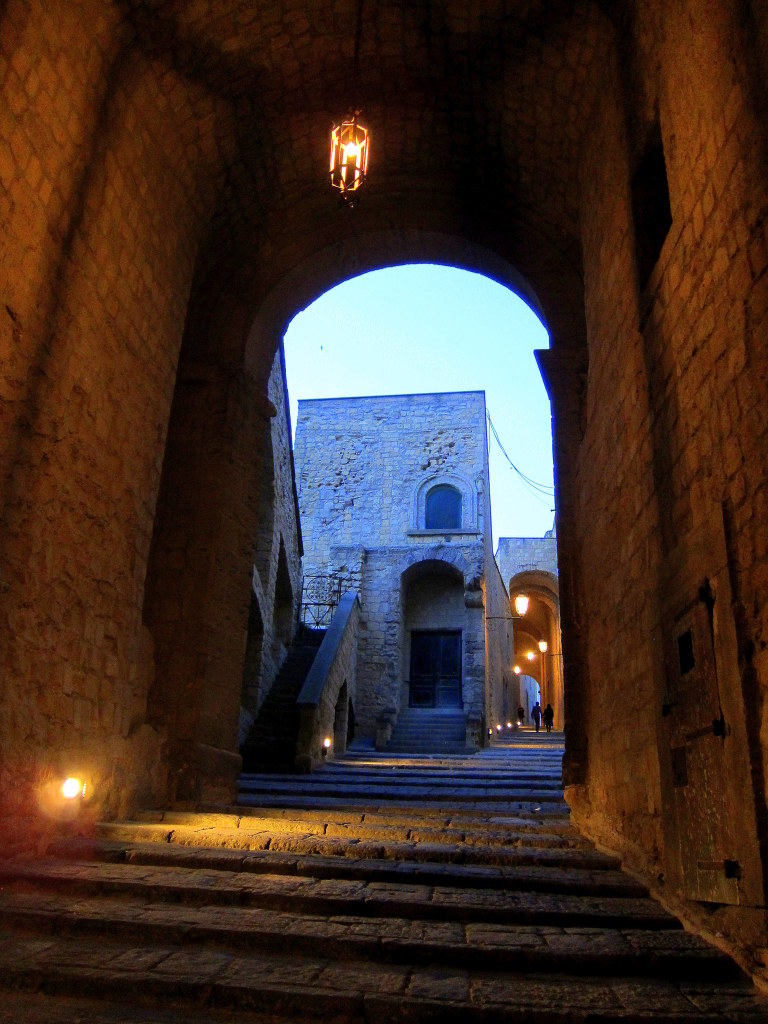 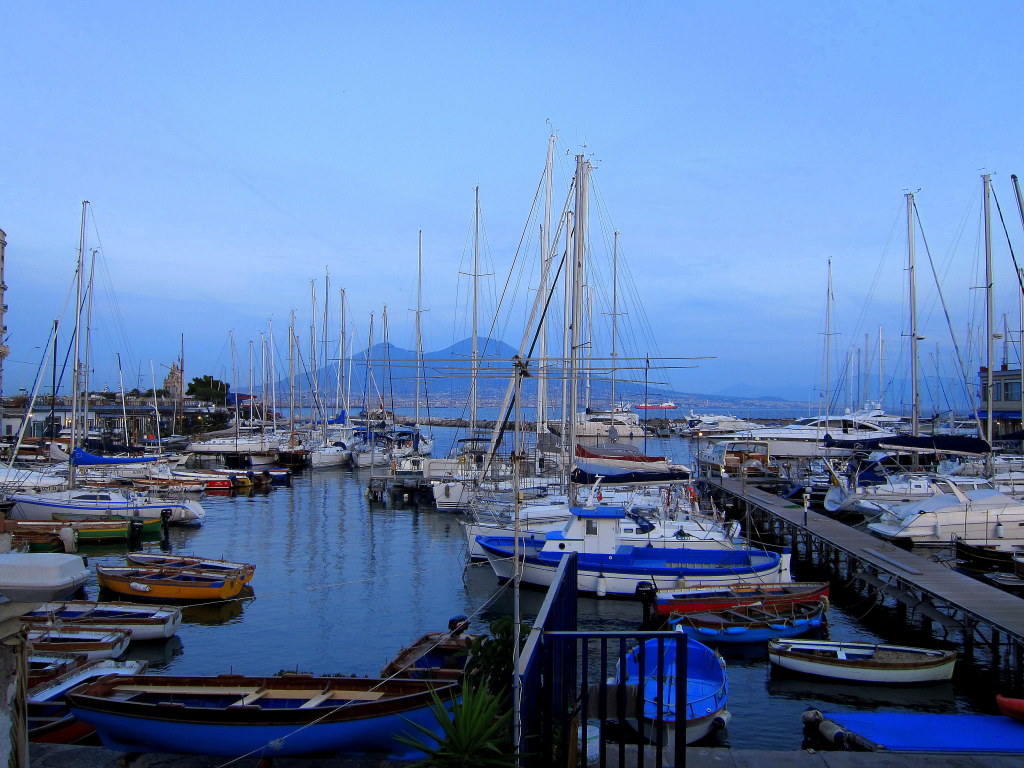 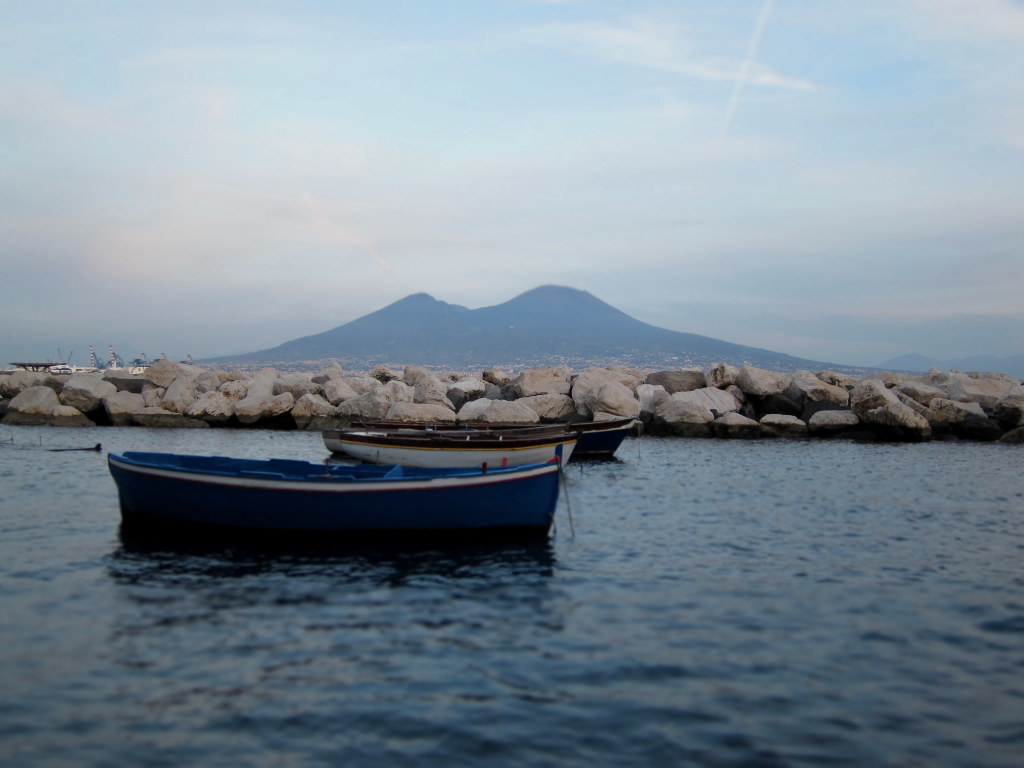 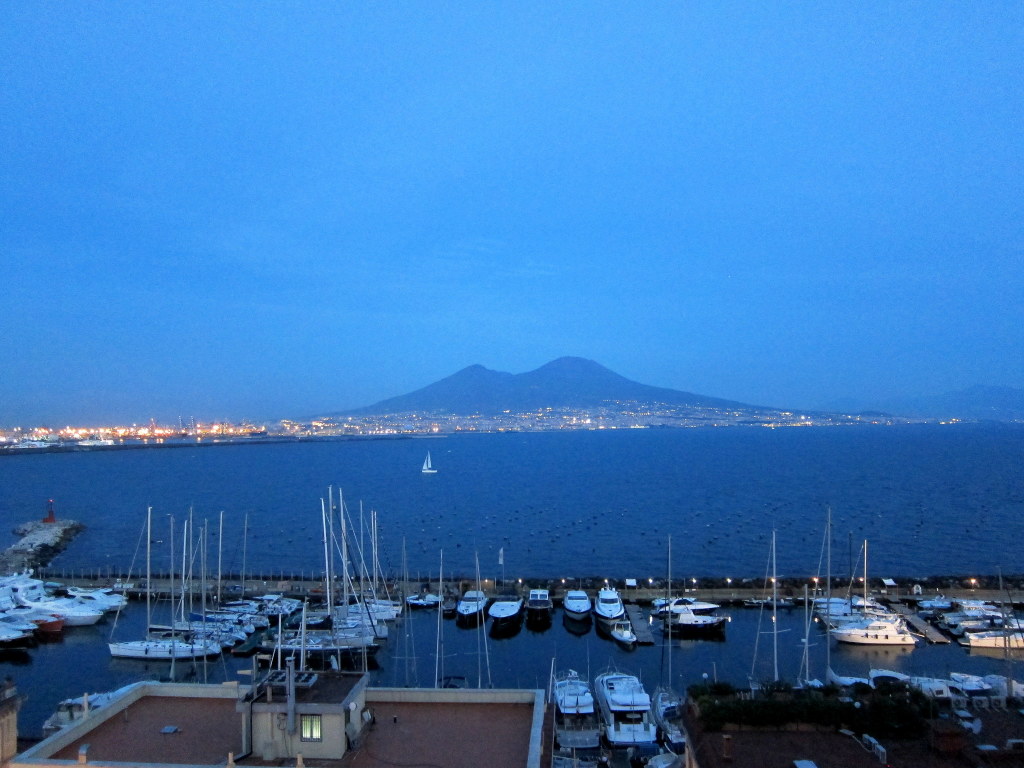 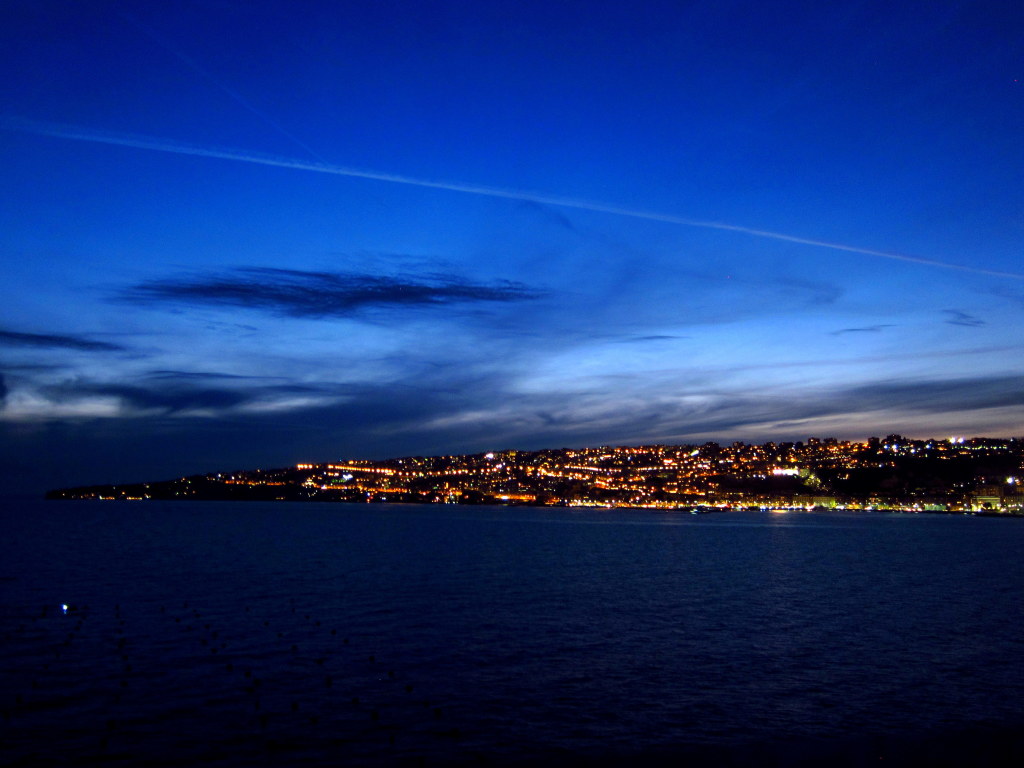 After the sun set, we strolled by the waterfront of the beautiful Santa Lucia neighborhood.

It was a good day in Naples! Next on the itinerary was Pompeii, and then one more day of exploring Naples, including doing the Naples Underground tour. Stay tuned!