On our third day in Portugal, we took the train to Sintra. Sintra is such a wonderful, beautiful little town. Even walking around Sintra felt magical – just look at the city hall building, or the charming little sidewalk! 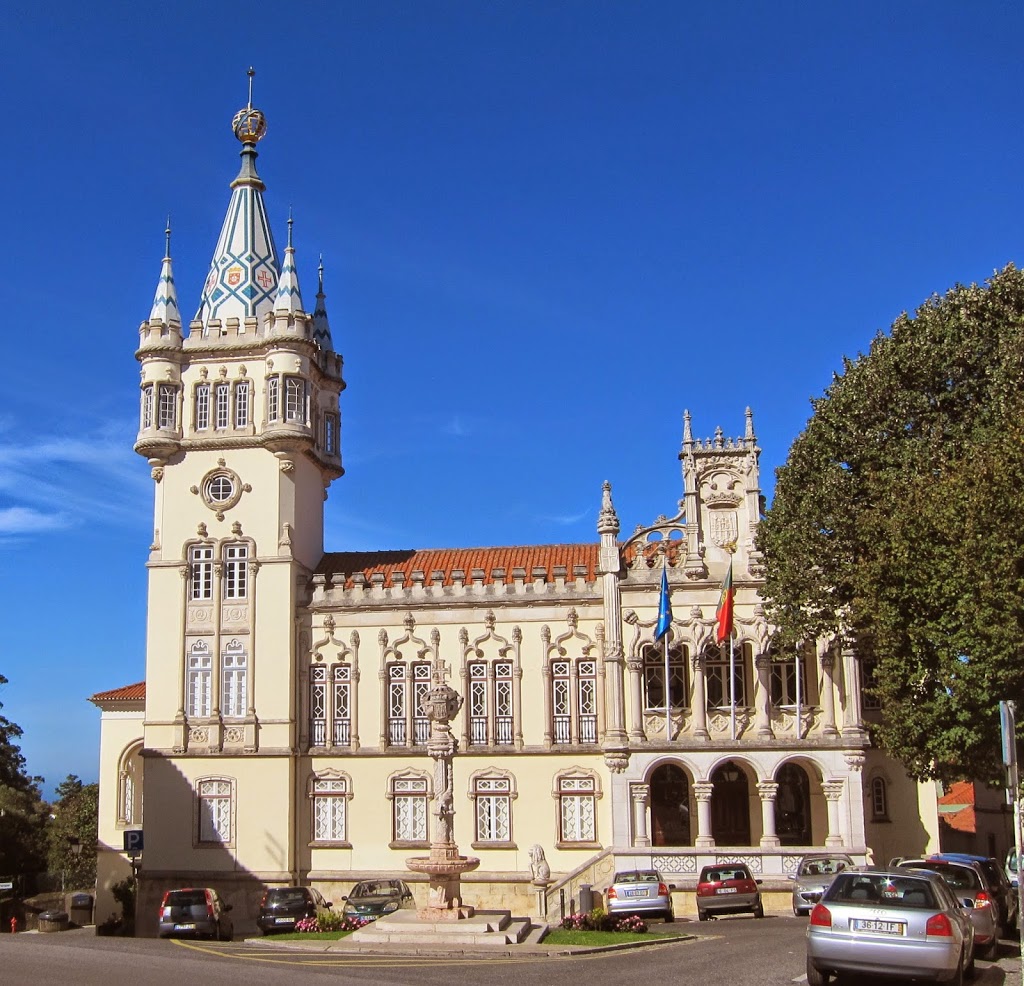 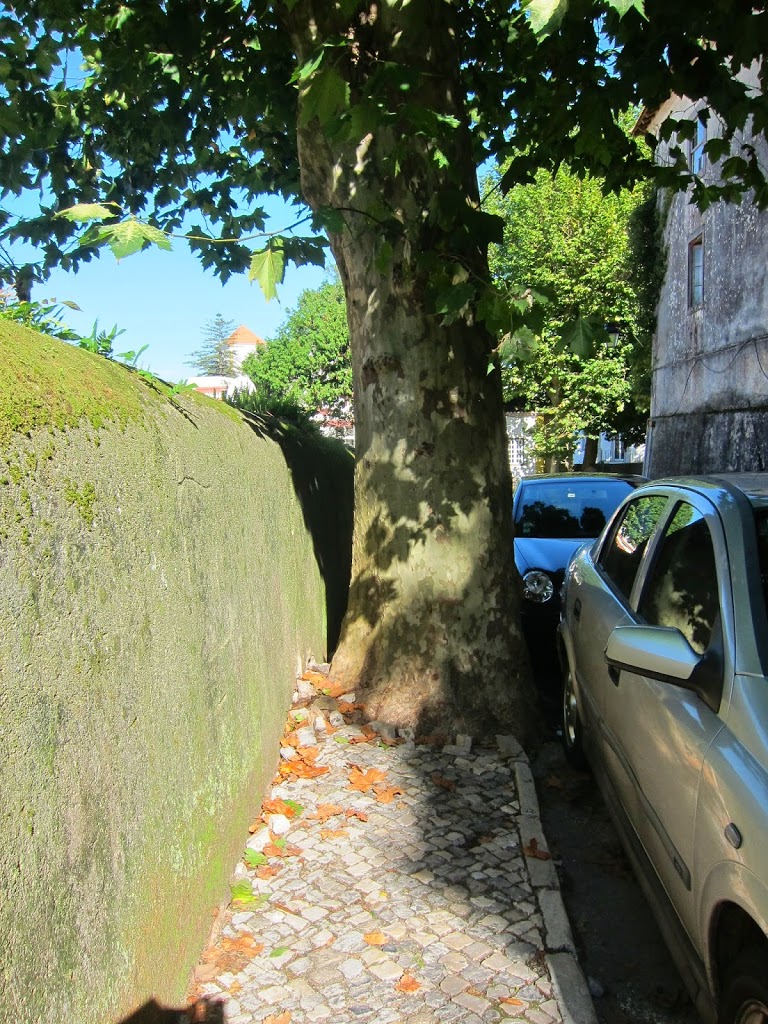 The three main attractions at Sintra are the National Palace of Sintra, the Pena National Palace, and the Moorish Castle. We went inside both palaces, but didn’t want to pay to go into the Castle, because we’ve seen enough of the Castelo de Sao Jorge during our first day in Lisbon. We still walked up to the castle and walked around it, which was still pretty fun and just about enough castle experience for us.

We read up on Sintra and learned that most food was overpriced there because it is primarily a tourist town, so we brought sandwiches and pastéis de nata with us and had a picnic on the way up to the Moorish Castle. 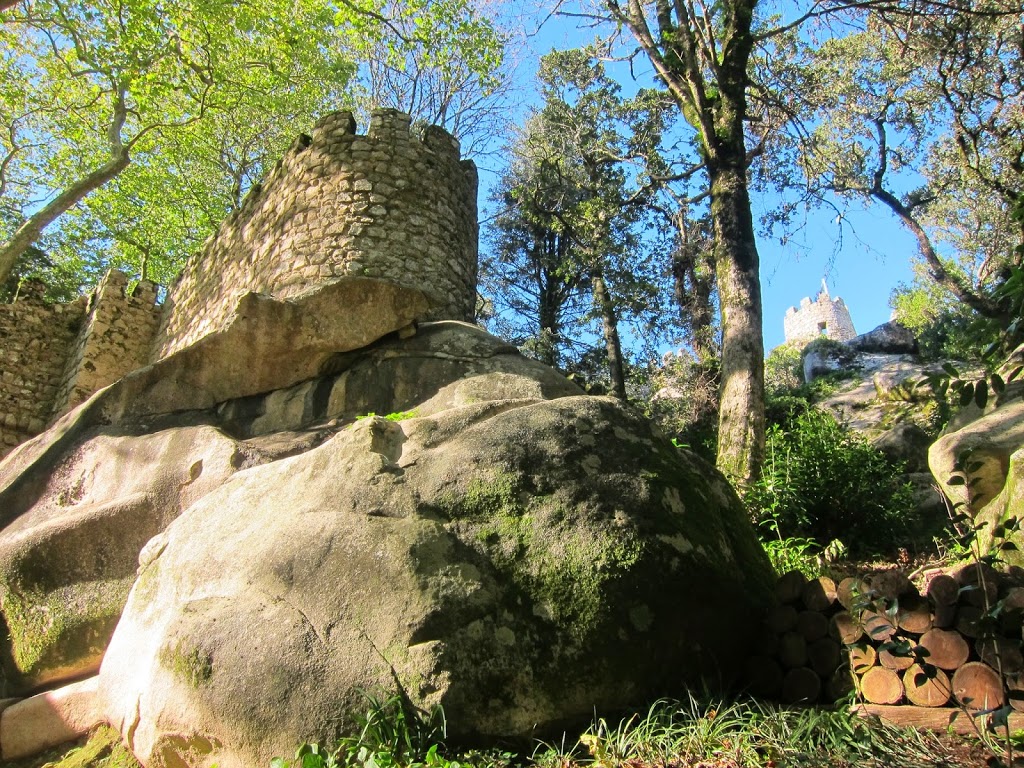 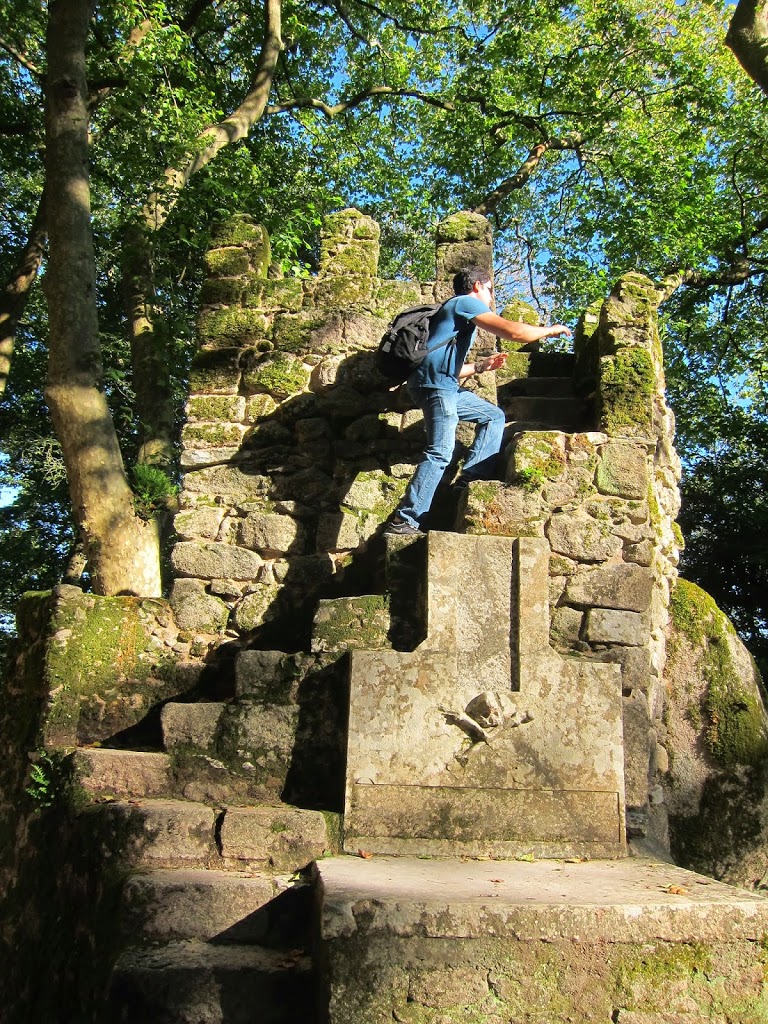 The Sintra National Palace was pretty cool, but if you are short on time, money, or energy, I would say to skip it and head straight to the Pena National Palace. But we had a great time in the National Palace – we learned about the importance of placement of the coats of armor for the noble families and Aldo pretended to be King of the Castle: 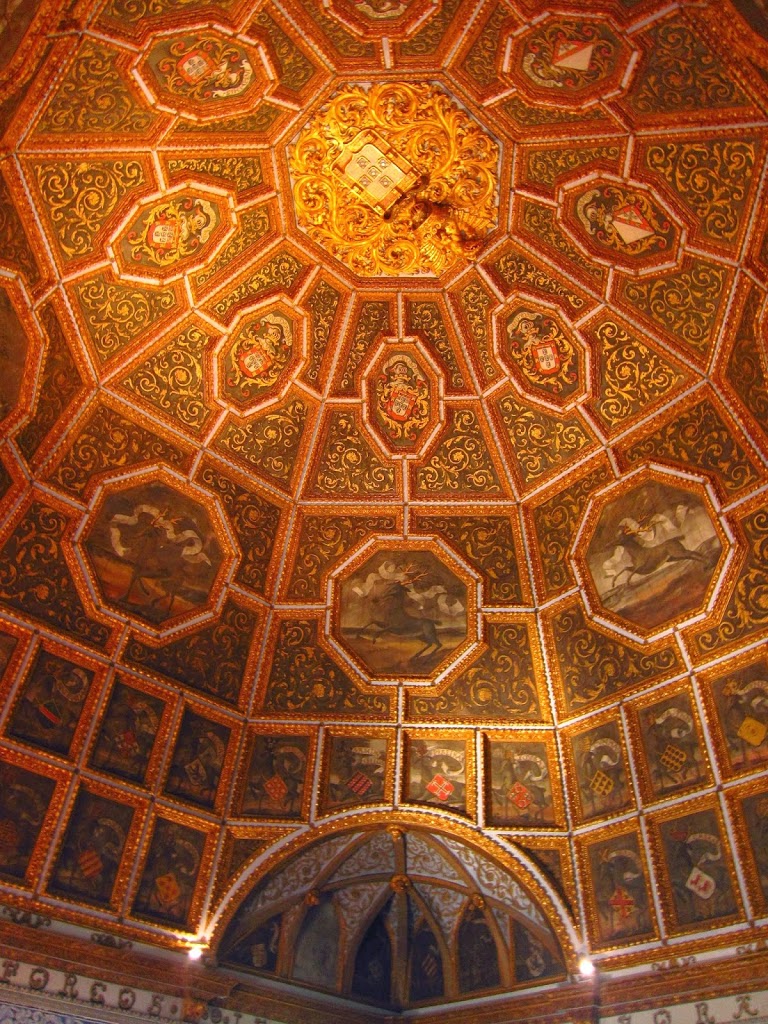 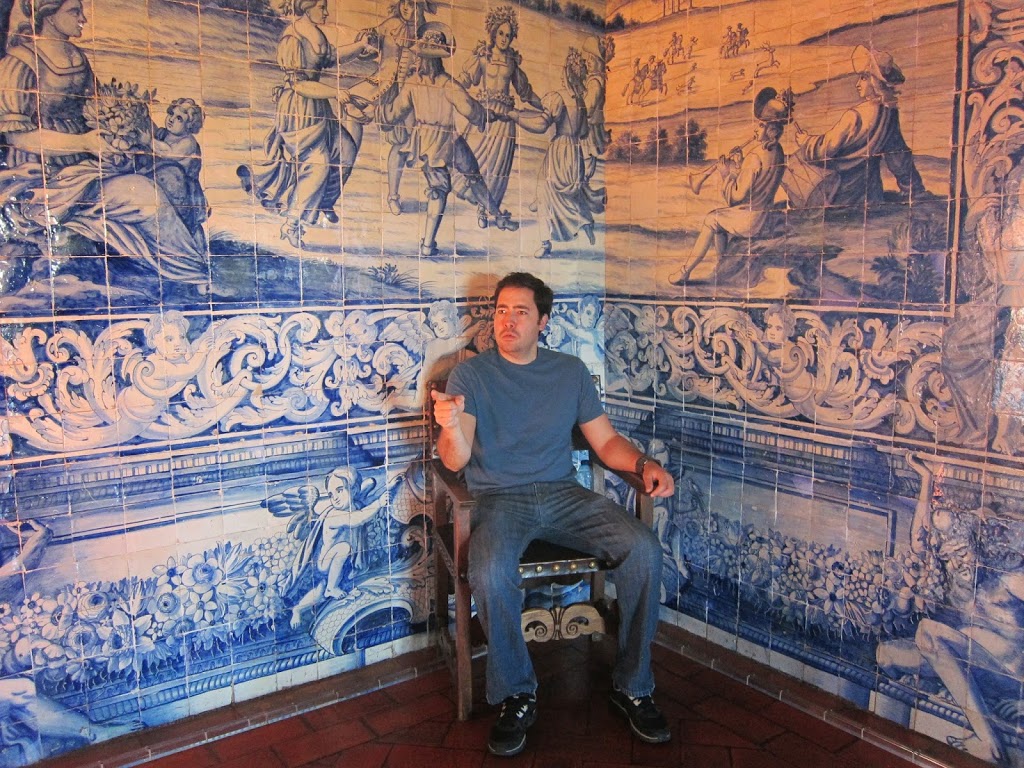 We peeked into a ridiculously huge political prisoner’s room. This room is designated for important prisoners that held them hostage, but couldn’t mistreat because of their status. The prisoners were allowed to roam the palace but couldn’t leave. I’m sure it sucks to be a prisoner, but man, this room is bigger than some studio apartments I’ve lived in! 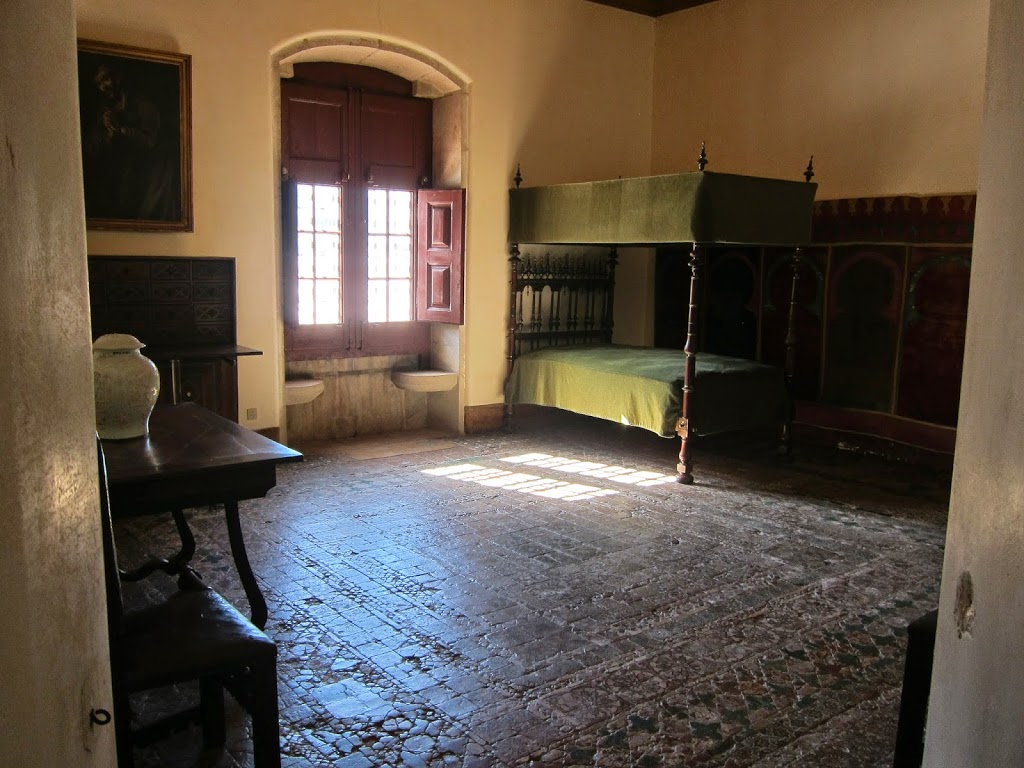 The best part of the palace was the kitchen. It was just so large and open, with so many huge pots and stoves and ovens and spits. It was awesome imagining the servants running around in there to prepare a feast worthy for a king. Or maybe I just read too many books from the Boleyn Girl genre. 🙂 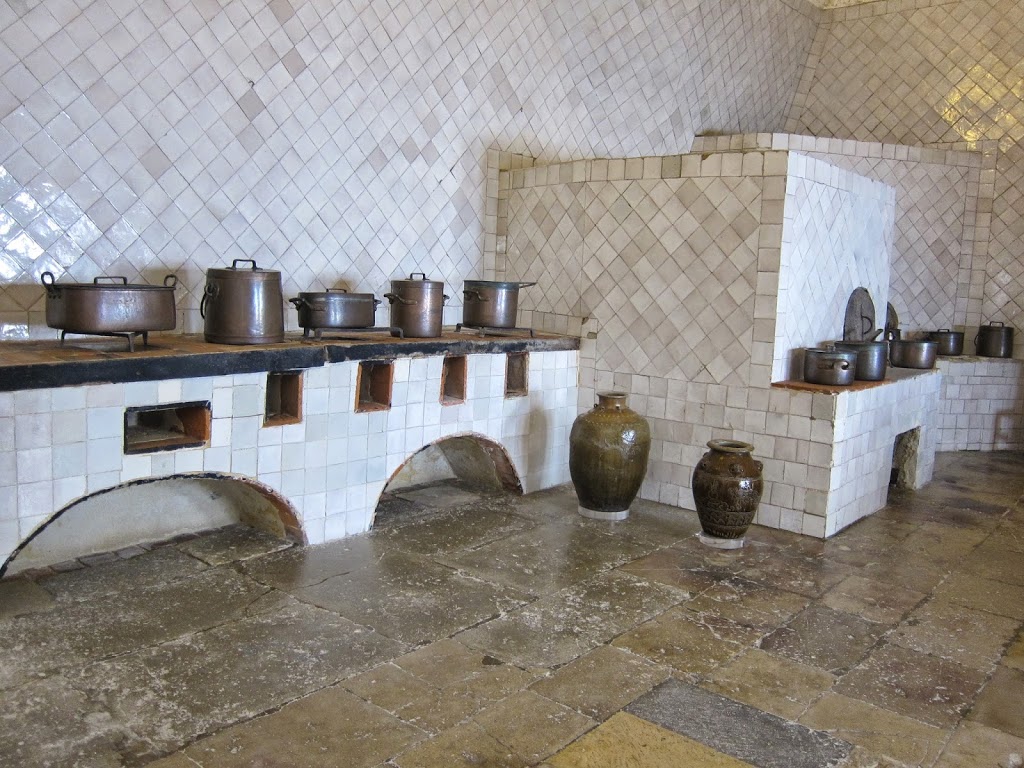 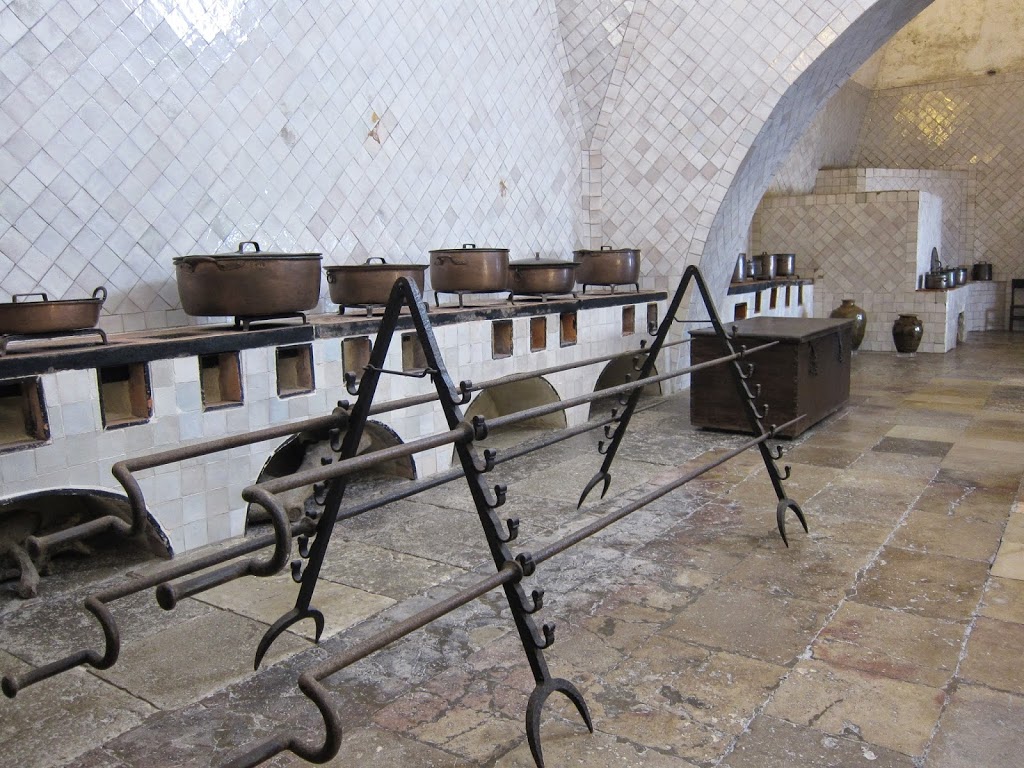 After the Sintra National Palace we took the bus to the Pena Palace. Now this was the absolute highlight of the day. We could have spent  many more hours exploring the place, walking around the palace grounds, pretending we were part of the noble family. I wouldn’t be able to relate the beauty and whimsicality of this palace in words, so here are some pictures instead:

Here is a view of the palace from a lookout point. Magical, isn’t it? 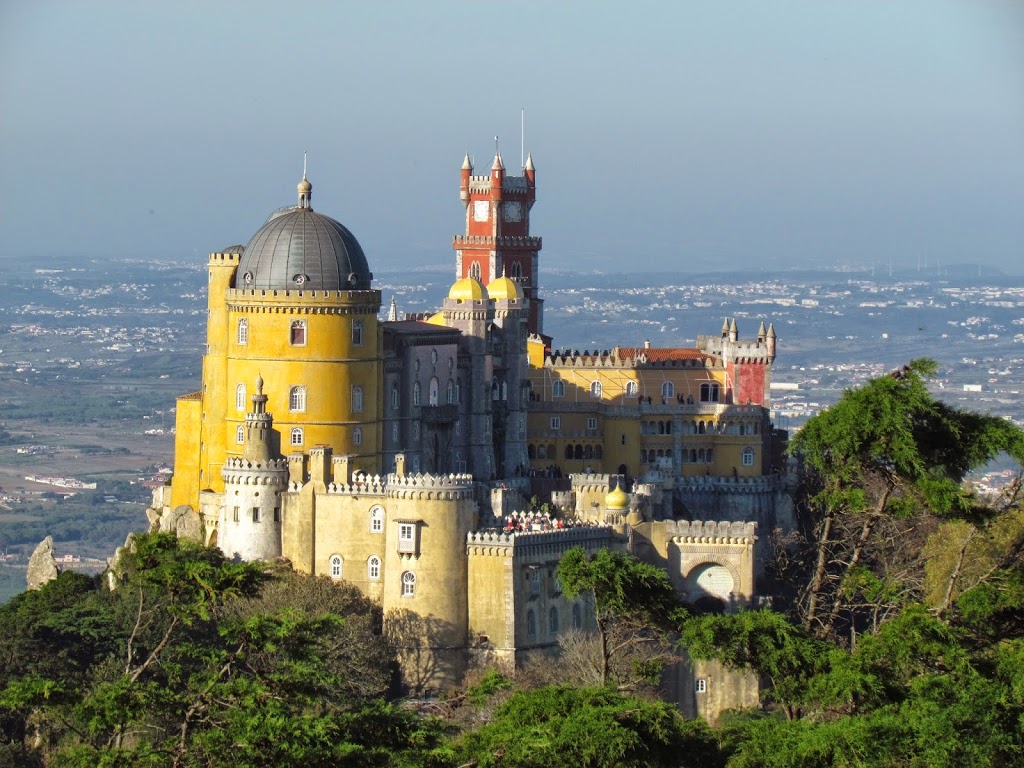 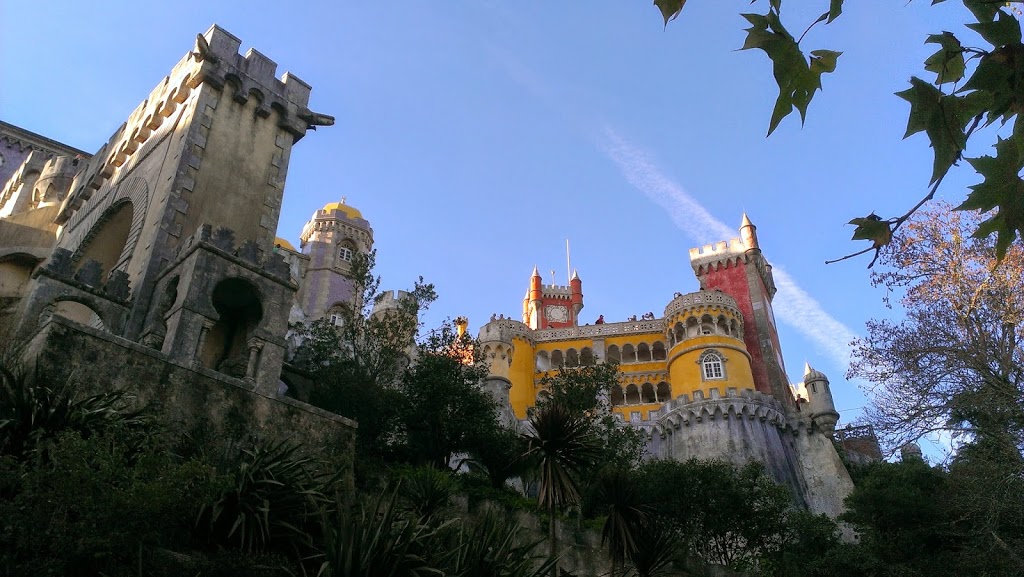 The King’s Coat of Armor: 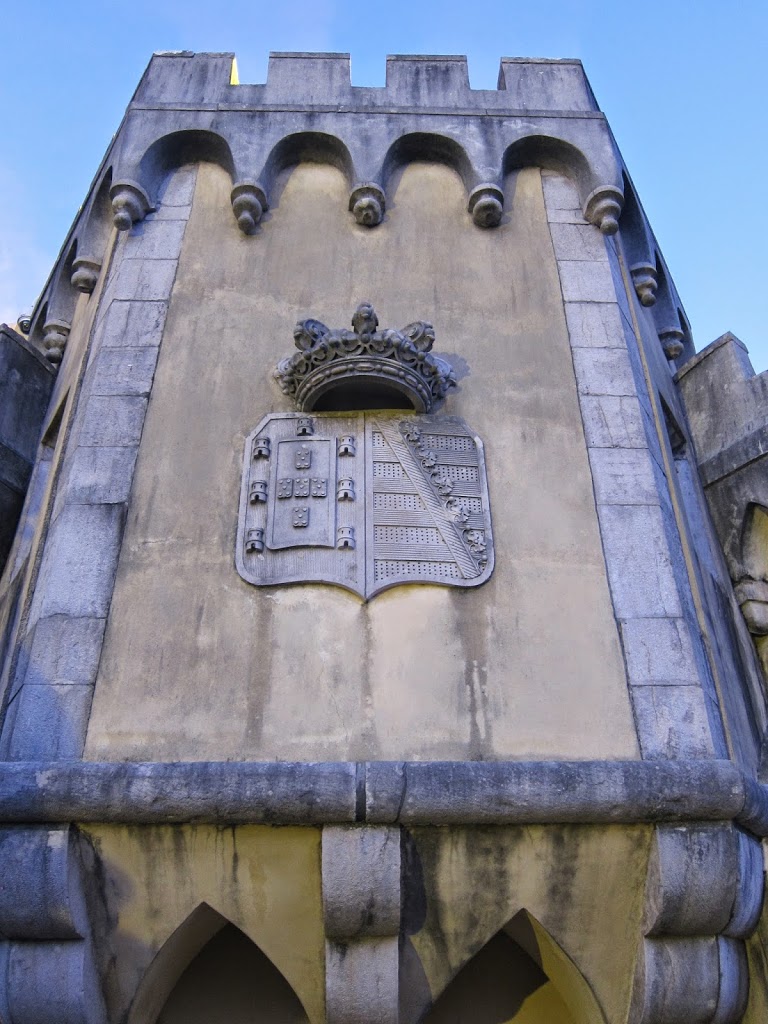 Look at all the sea-inspired detail at the entrance: 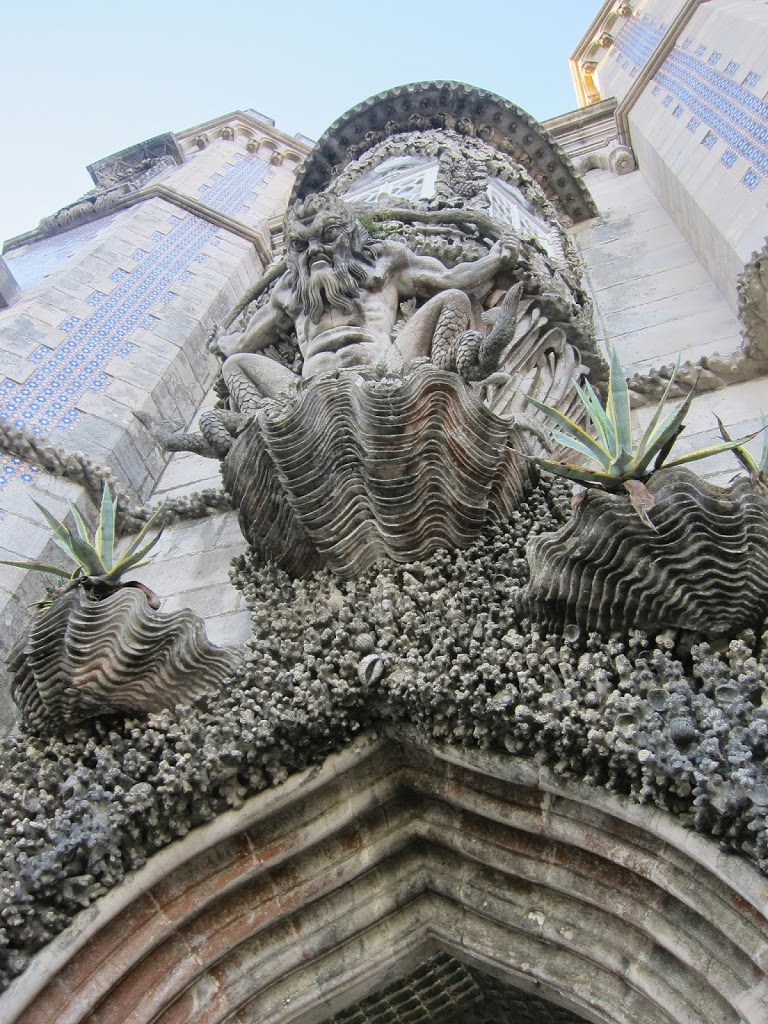 This walkway wraps all the way around the palace. Beautiful views all around. You can see the Moorish Castle from one side of the palace. 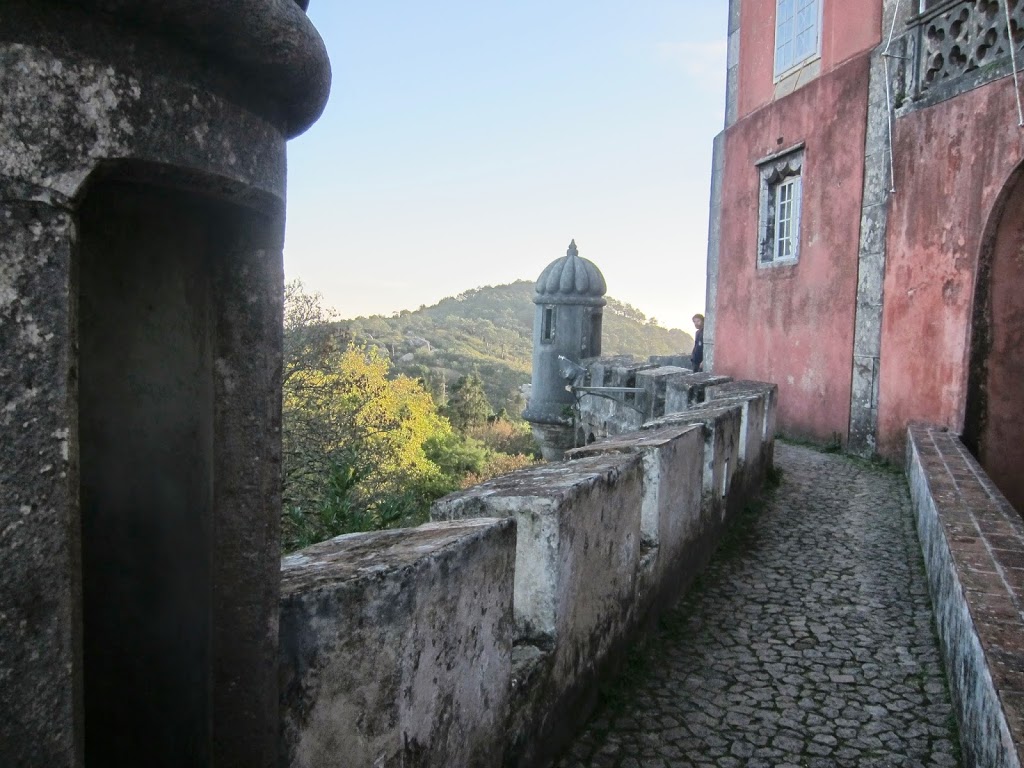 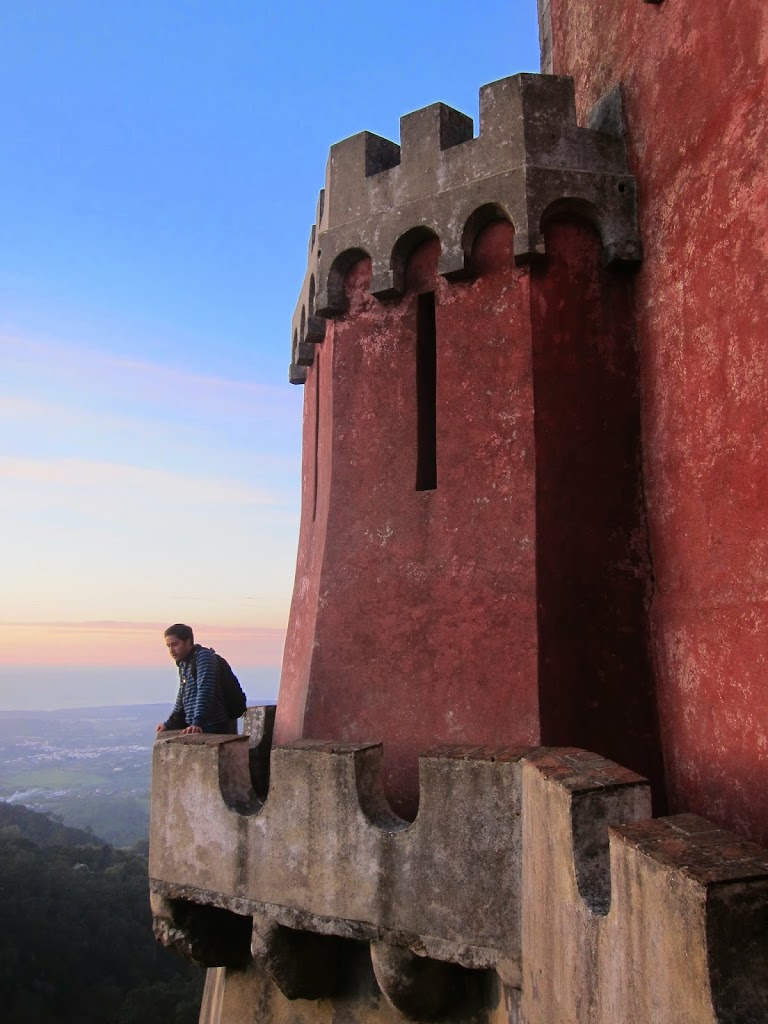 And now, exploring the grounds of the palace: 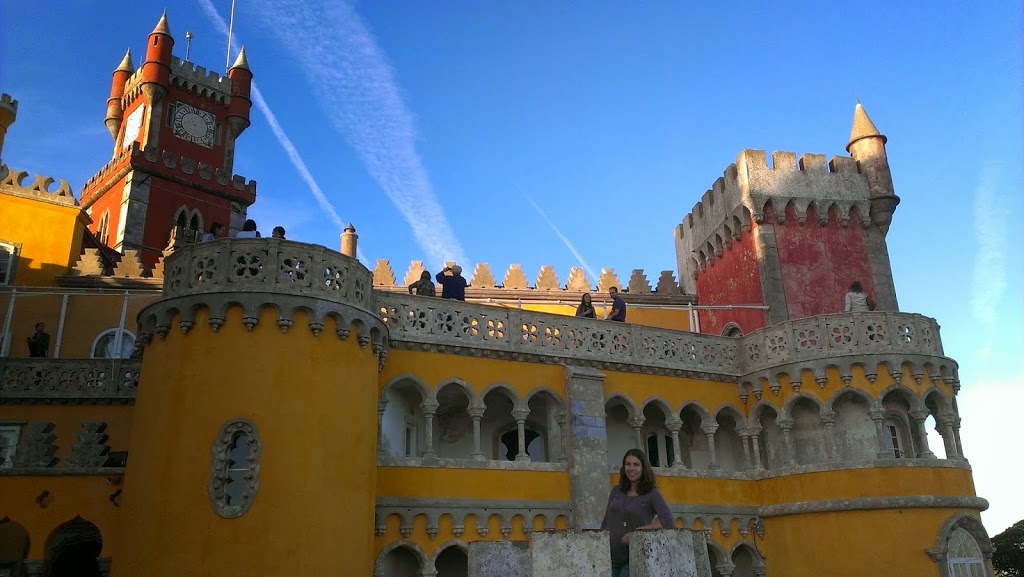 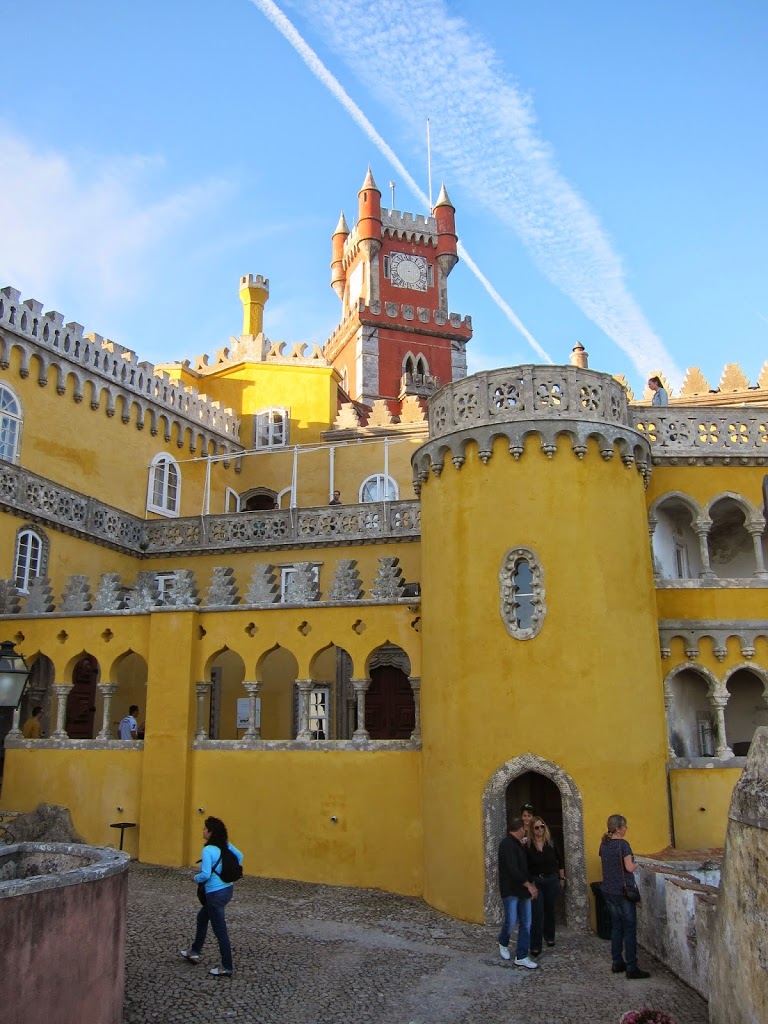 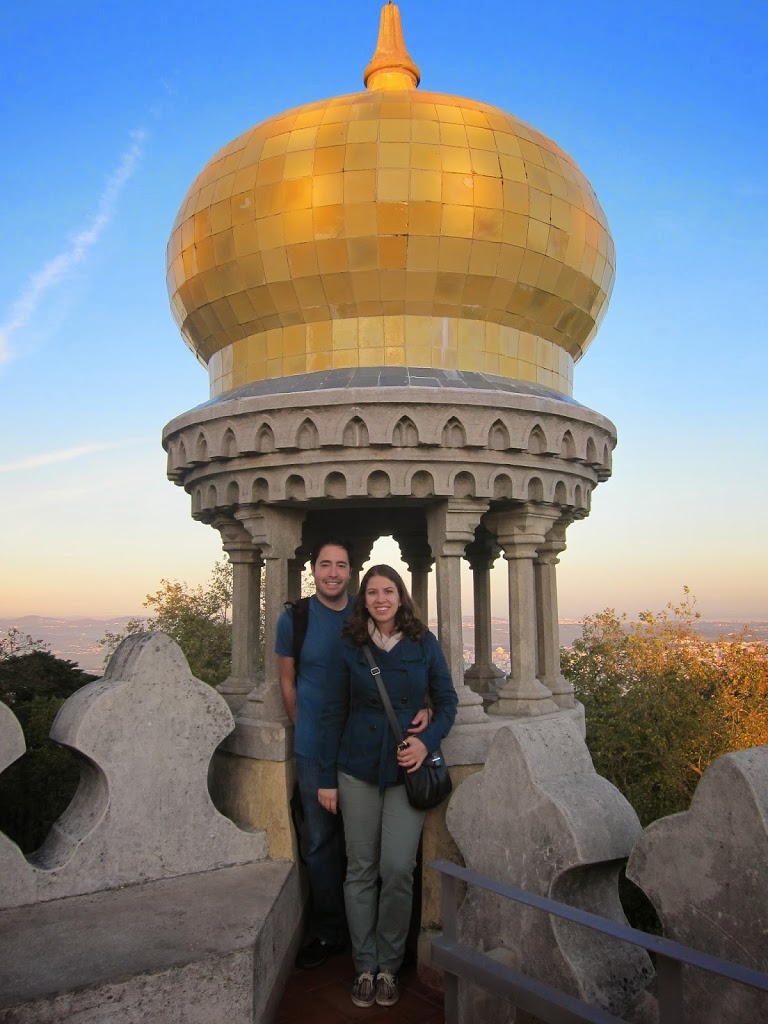 I would highly recommend timing your visit so that you are there for the sunset – look at the incredible lighting! 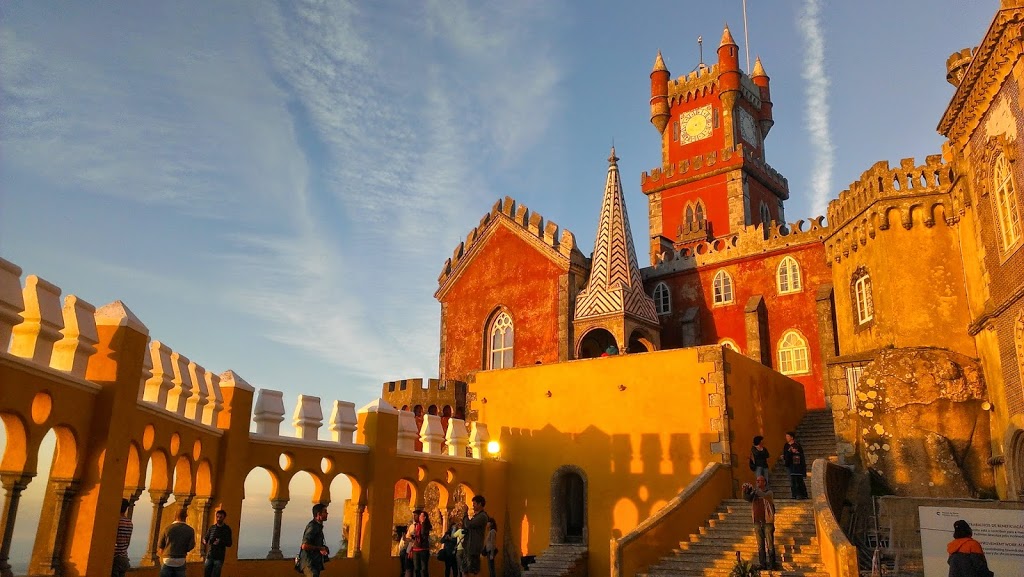 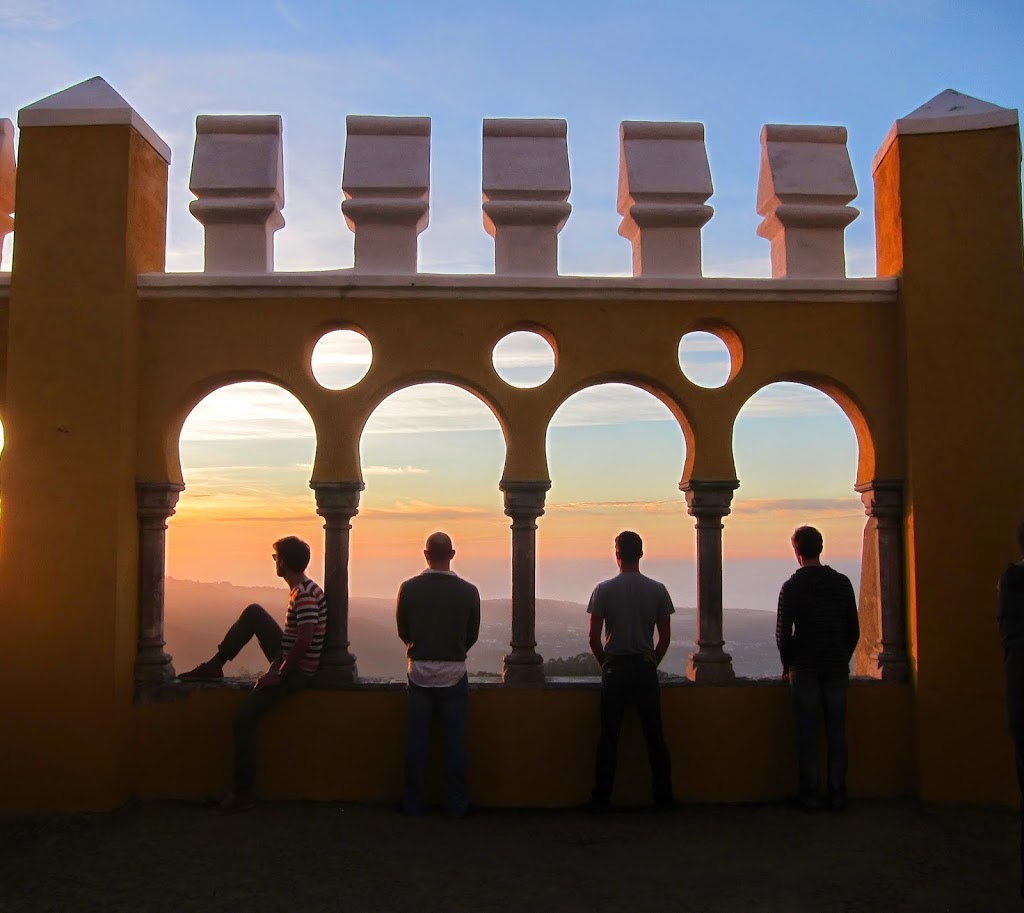 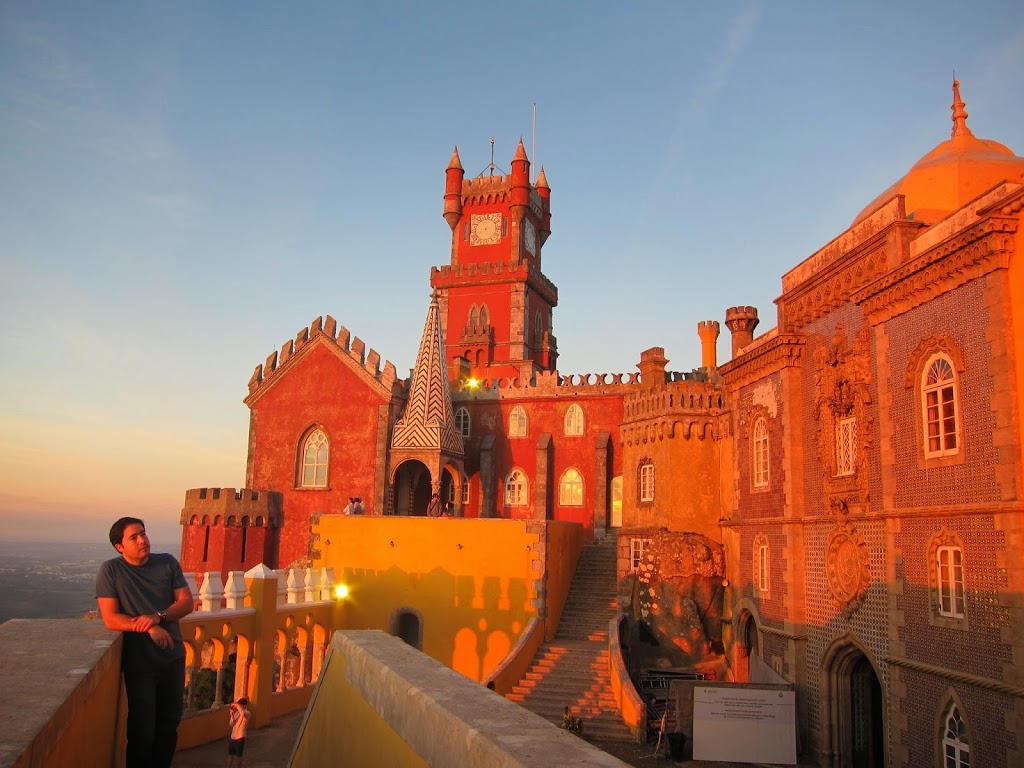 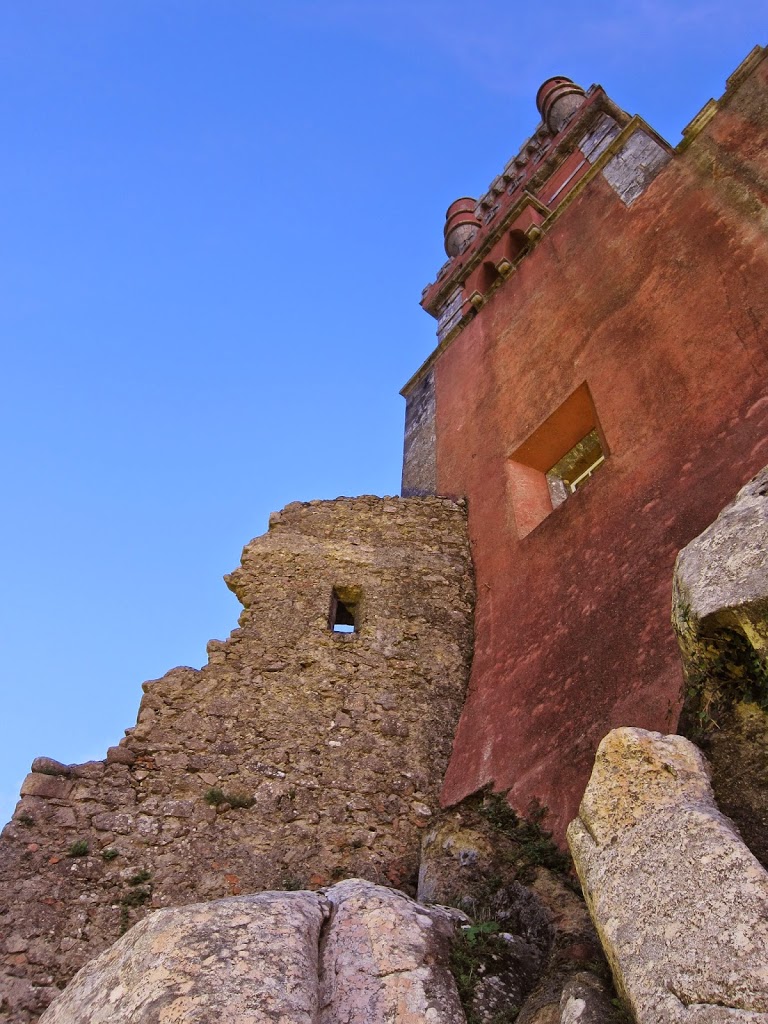 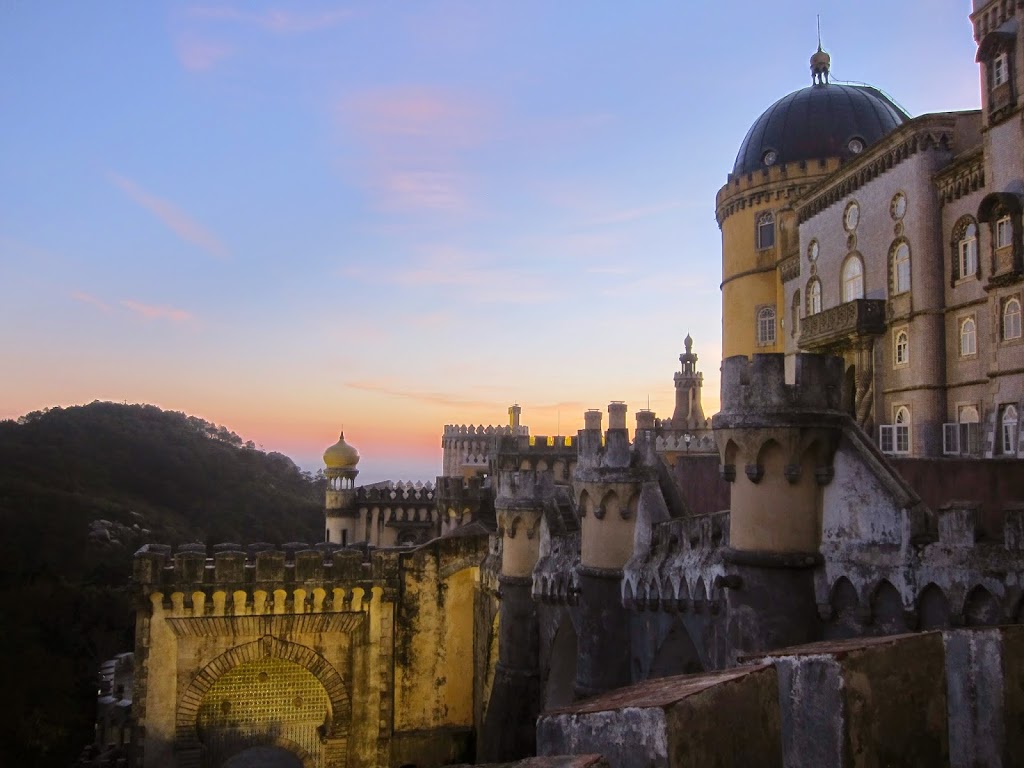 We also (barely) found energy to walk around the Parque de Pena, and the view from the Cruz Alta was amazing. It was quite a hike with very hilly winding roads, but it was well worth it. 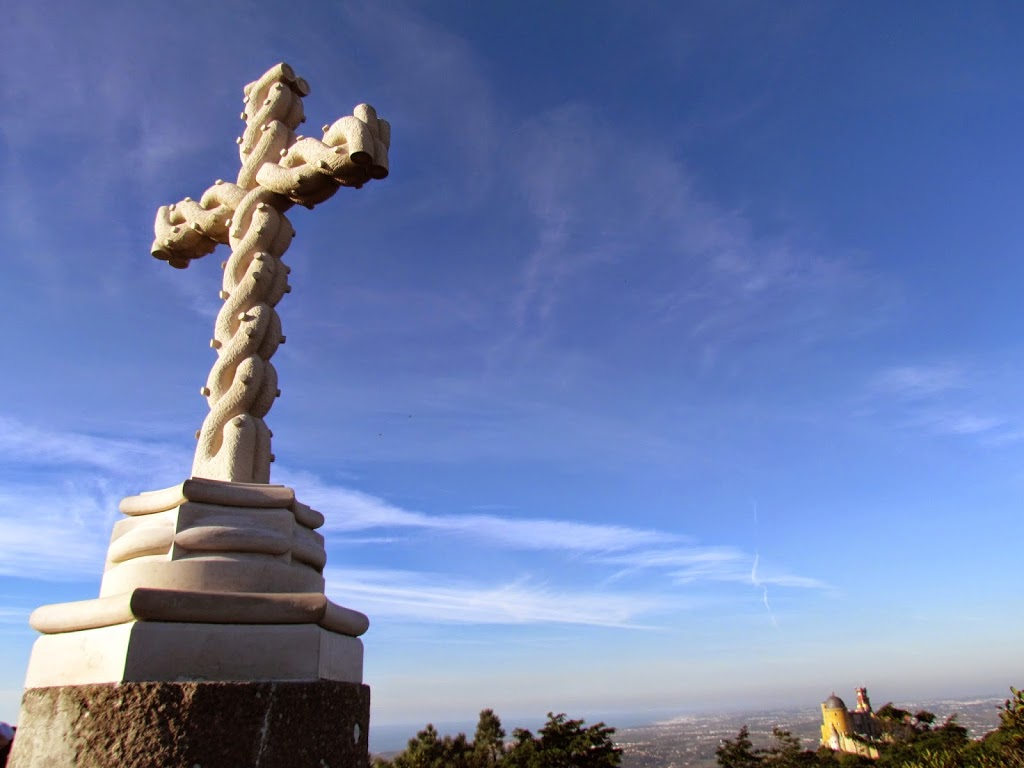 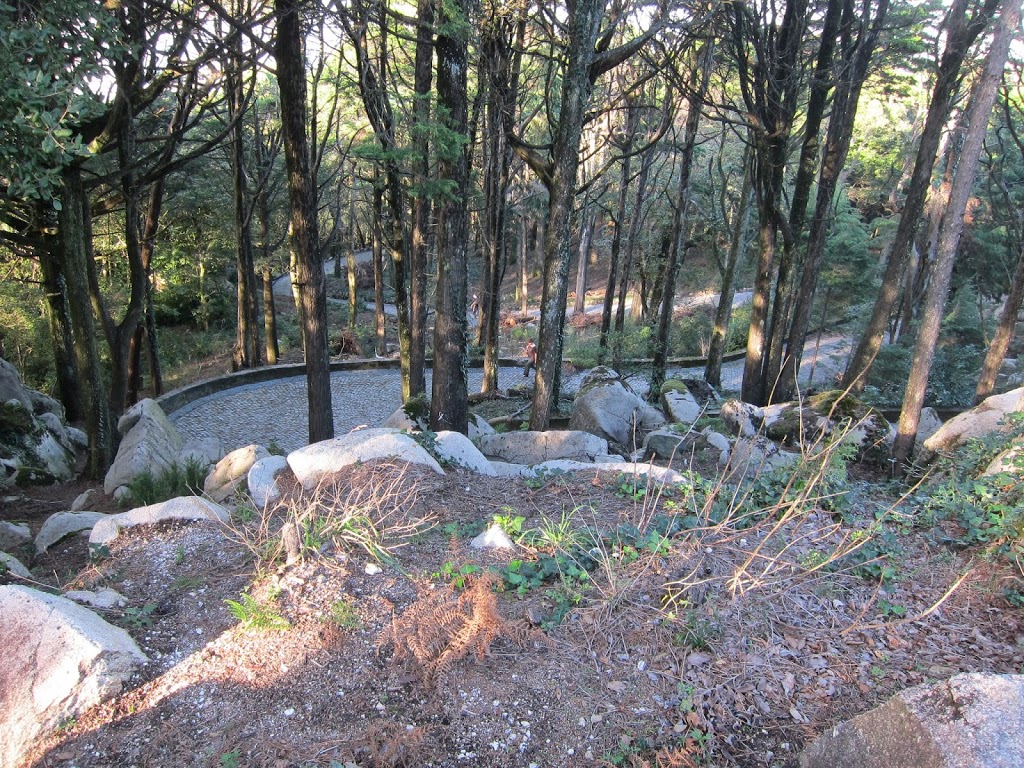 I have never seen a place more magical than Sintra. It is such a charming little town with amazing sights. I highly recommend planning to spend some time in Sintra if you ever need a day trip from Lisbon.

You can read about our first two days in Lisbon: