Lisbon was our first stop in Portugal. Getting around Lisbon was easy, we were able to take the Metro from the airport to where we were staying without any problems. We got the LisboaCard at the airport, which seemed like a great deal, but when we some museums that we thought were included were no longer included, it turns out we only got a small discount instead of getting in for free.

So we maybe got our money’s worth from that card, but we are not sure. But it was nice getting on and off the metro without having to think about whether we should walk to save money. So if you’re considering getting the card, do some math and decide whether the LisboaCard is a good deal for you, depending on what museums/cathedrals you want to see.

We spent the first day in Lisbon walking around and enjoying each of the neighborhoods. 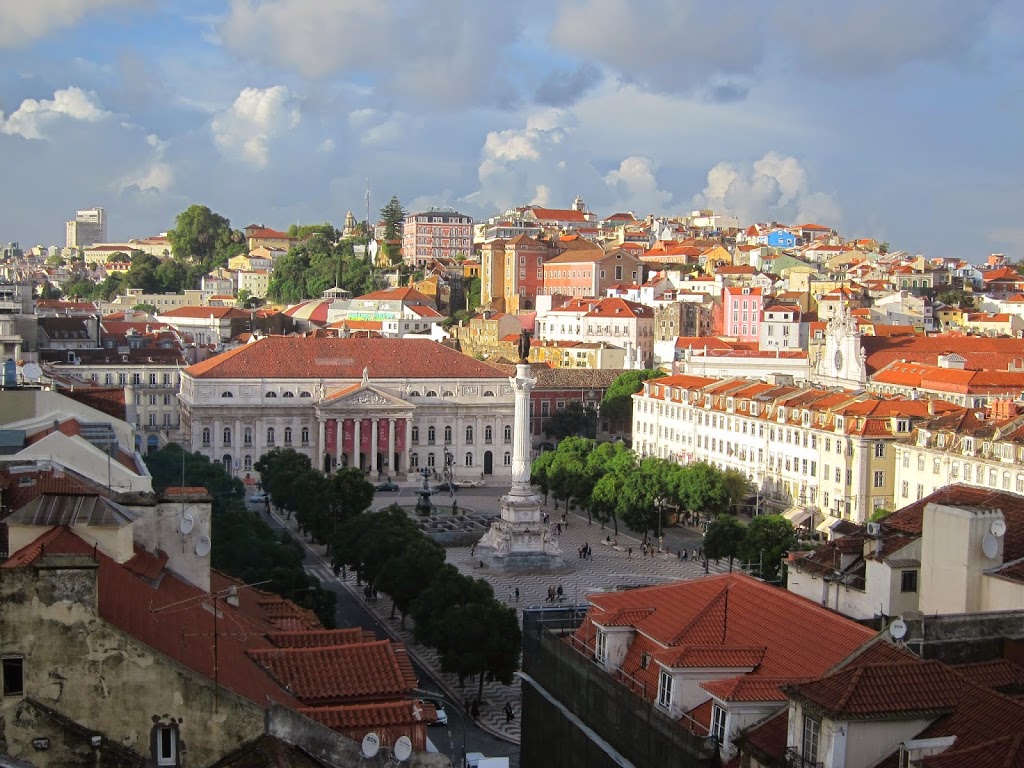 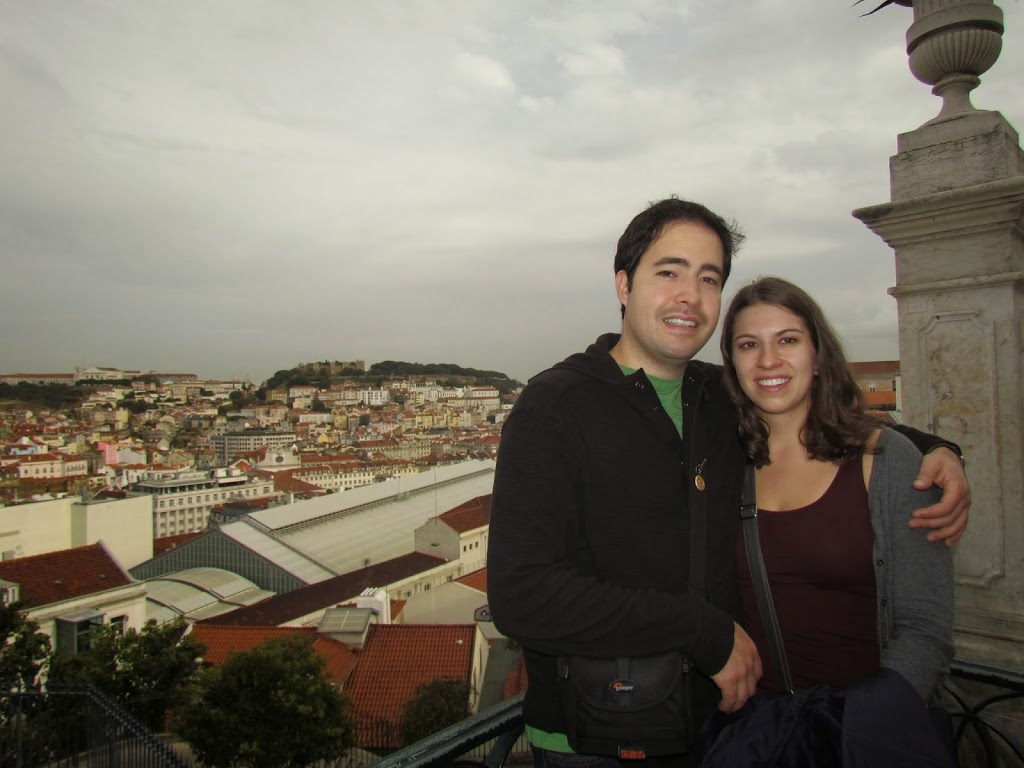 This street performer had me puzzled. I couldn’t figure out how he did this! Does anyone know?? 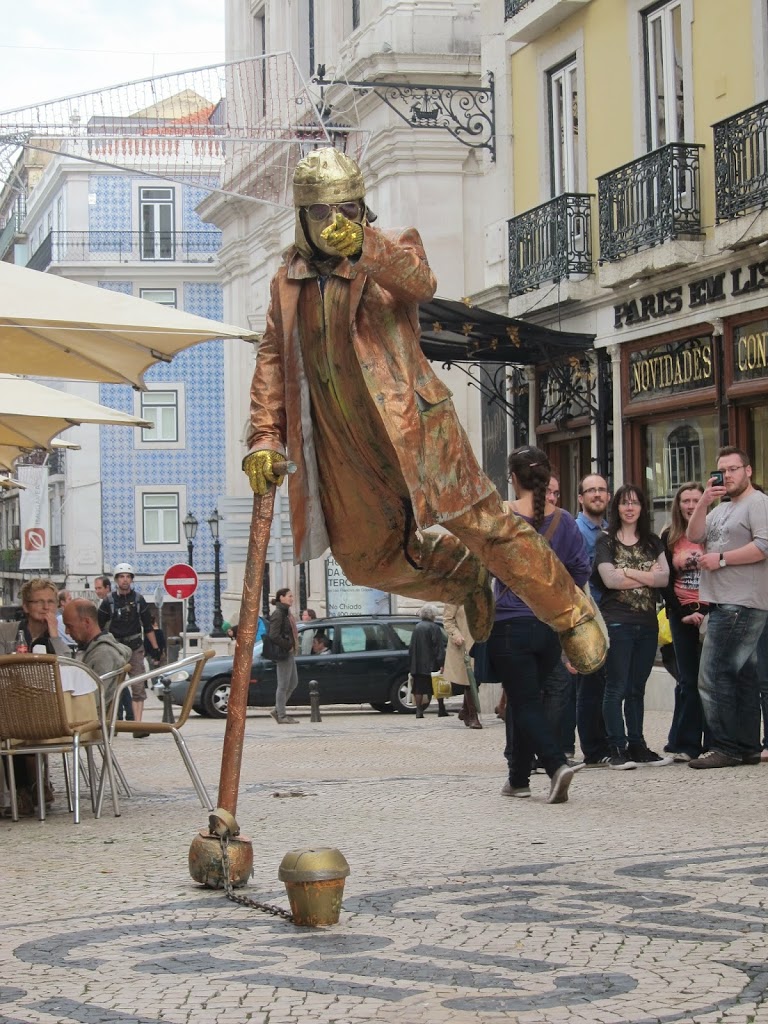 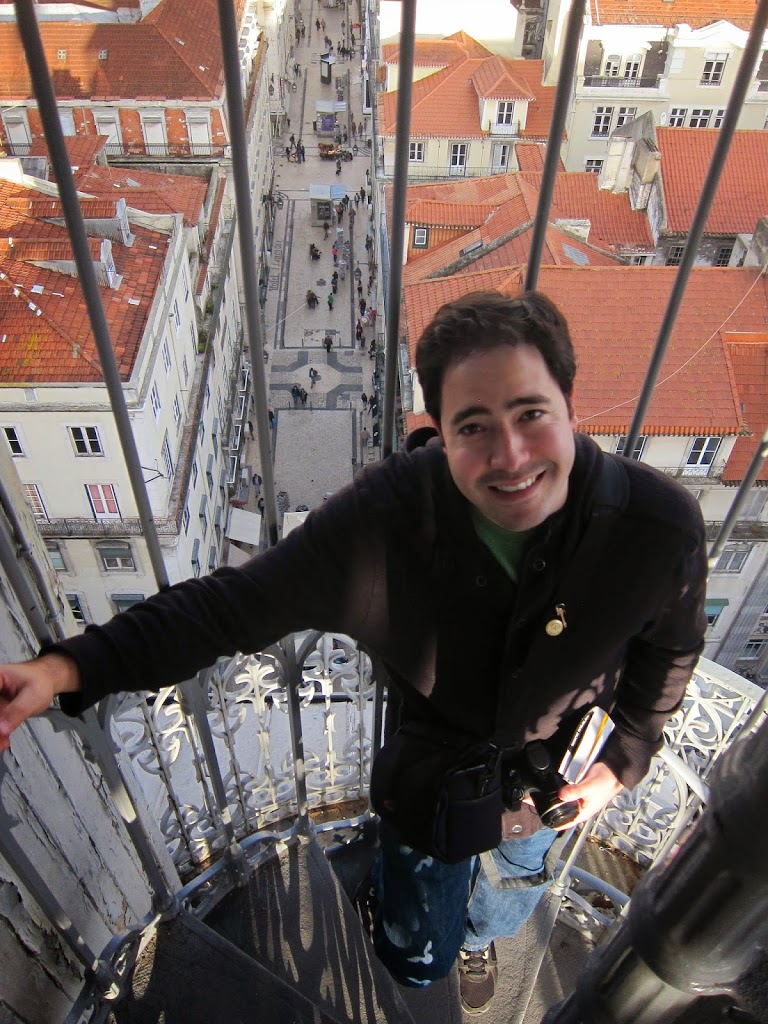 As beautiful as Lisbon is, it is definitely one of the poorer European cities, there is graffiti everywhere to remind you of that: 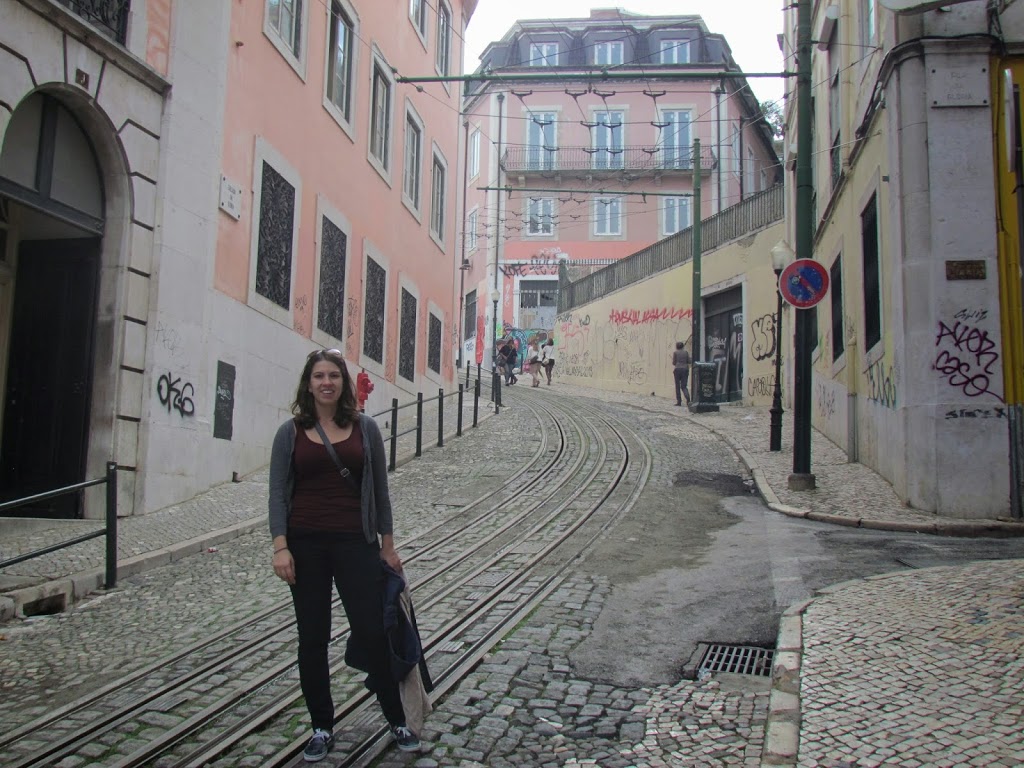 But there are also amazing views – I love that these roofs are so pretty. NYC roofs are definitely an ugly mess compared to this. 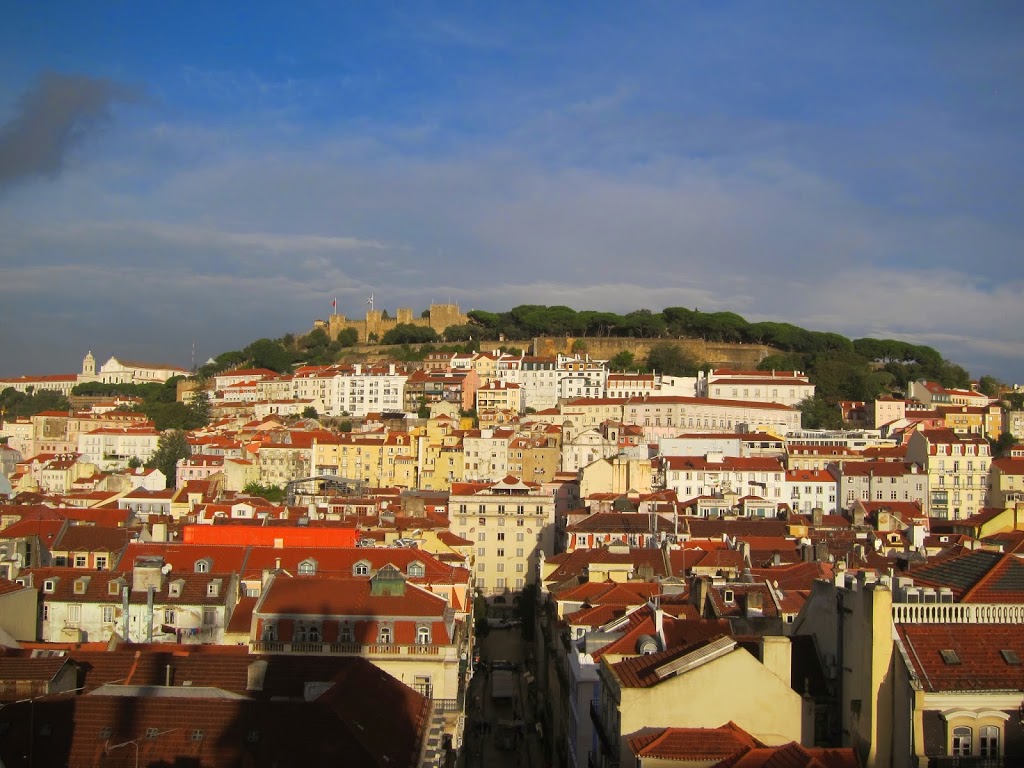 When we went into this church, I couldn’t understand why there were SO MANY BABIES. It was only when we got back and were looking at the pictures that Aldo mentioned that these were angels. That would have been helpful to know earlier to avoid my confusion!

I just LOVE the big open plazas and squares that you see in Europe, this one, Praça do Comércio, was one of my favorites from this trip. 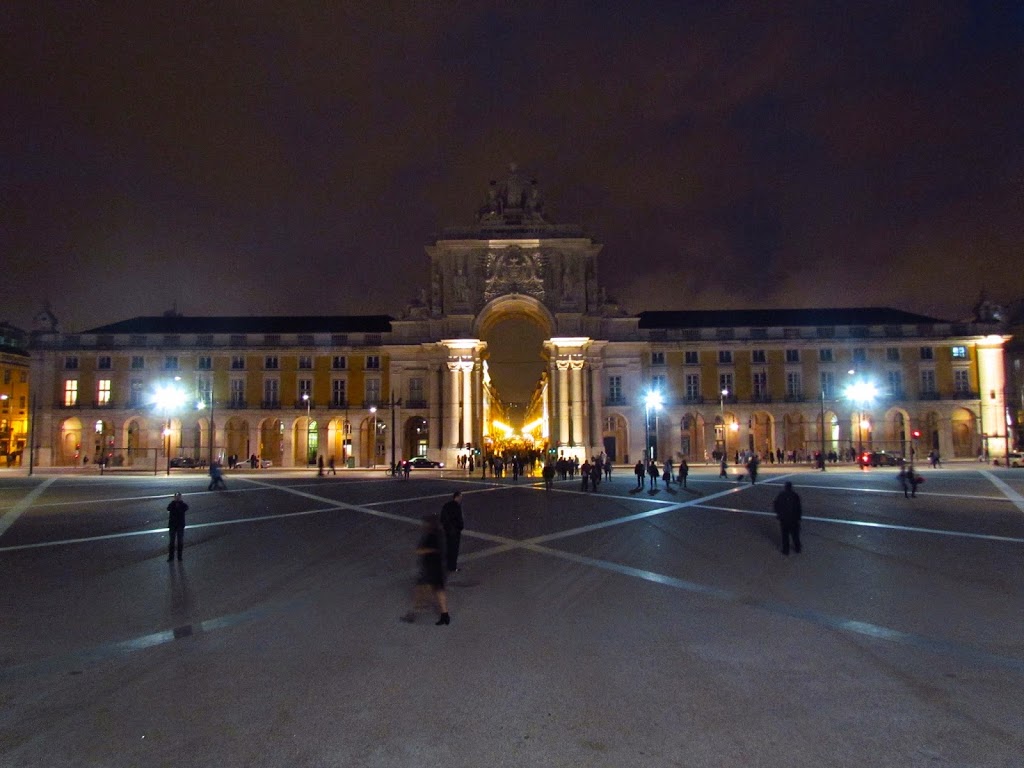 At night we went to watch the sunset from Castelo De Sao Jorge: 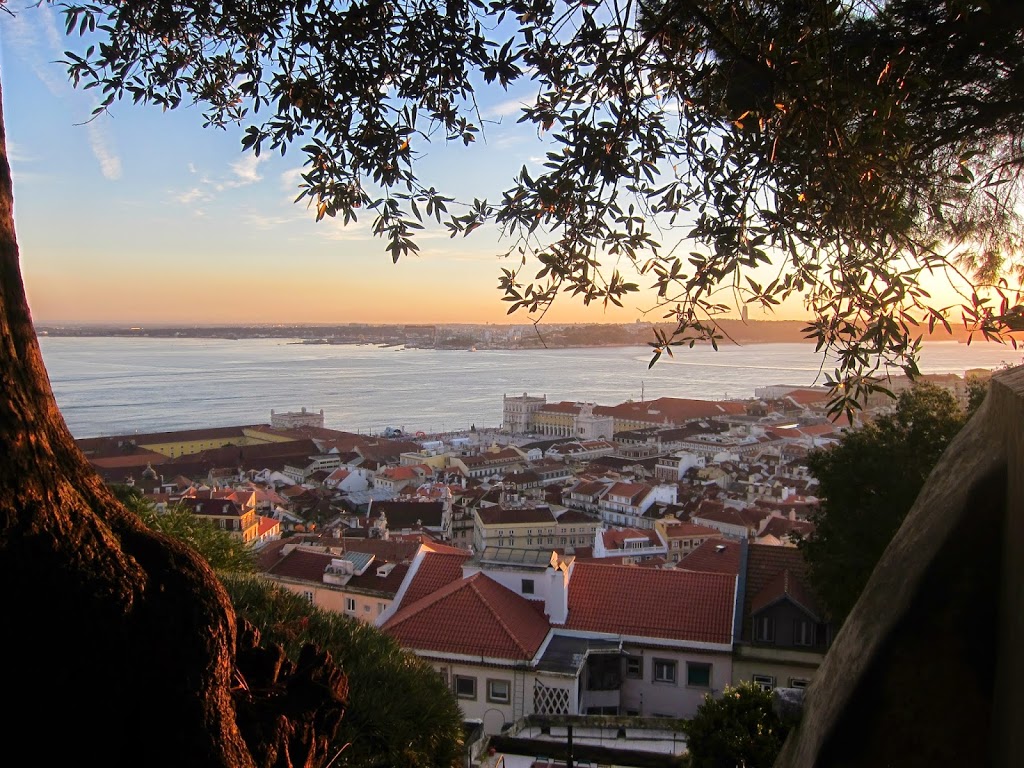 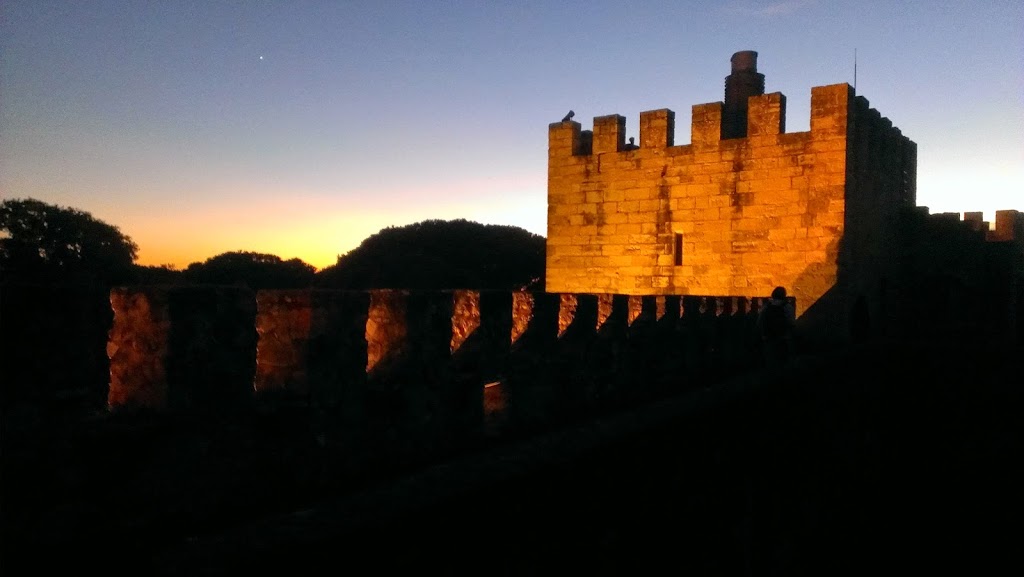 Here is Aldo taking a shot of Ginjinha (cherry liquor) from a tiny chocolate cup: 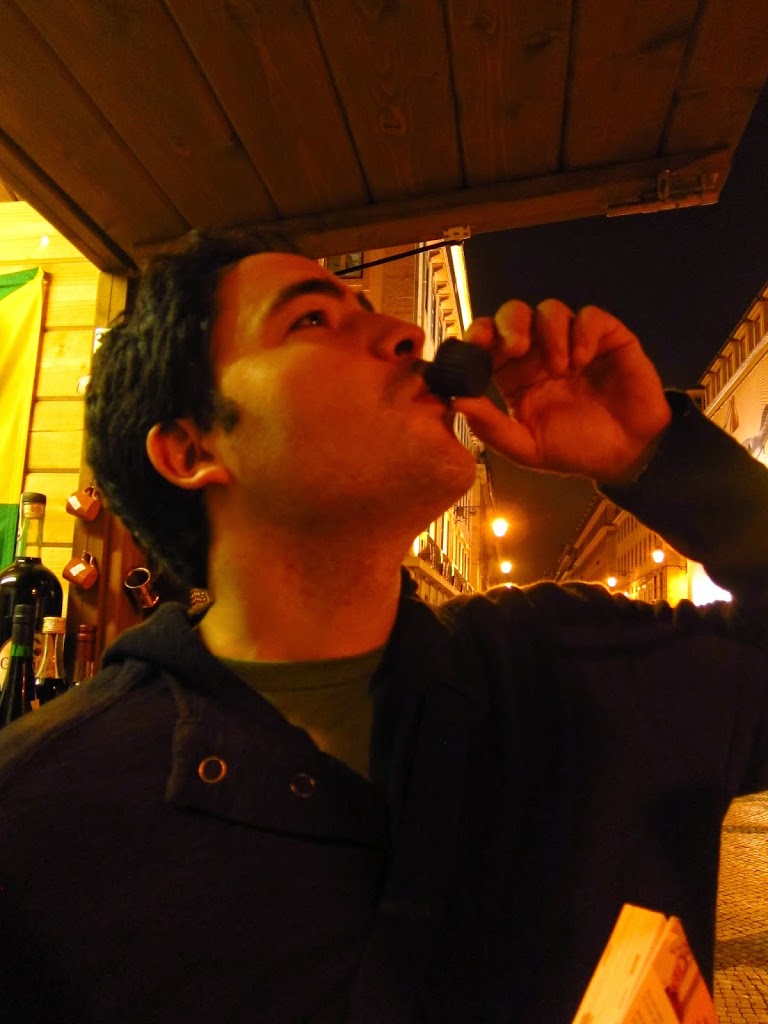 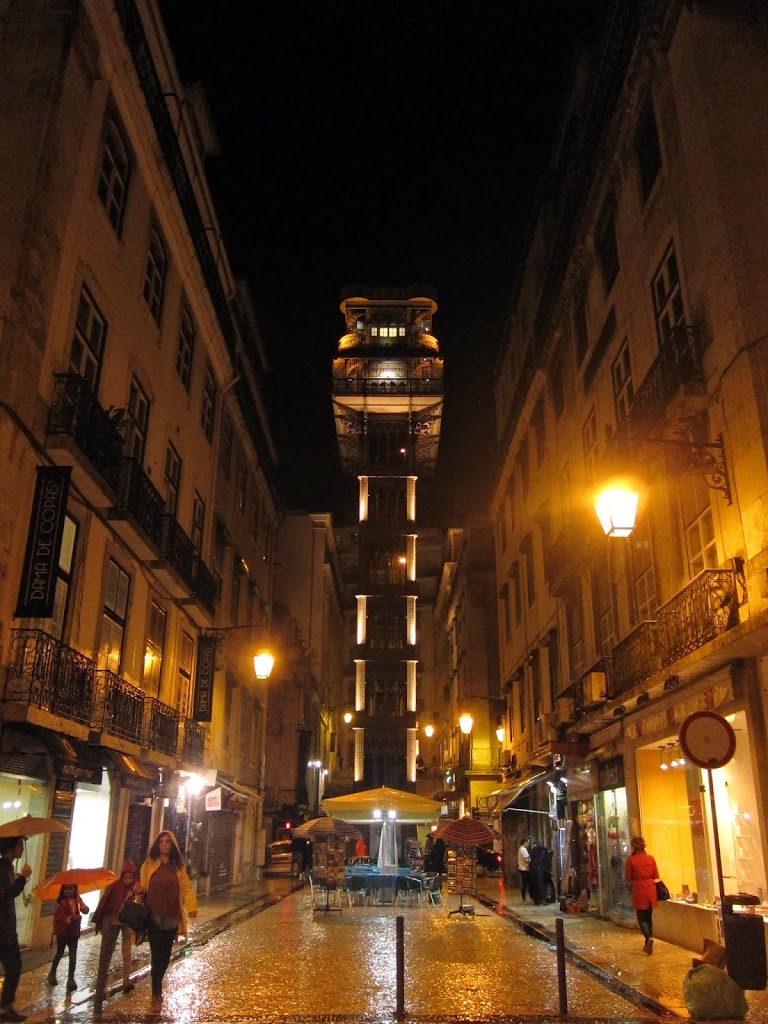 At night we ended up in Alfama, which we heard was not the safest place after dark. Supposedly this is one of the poorest neighborhood in Lisbon, and most apartments still don’t have showers installed – people have to walk over to bathhouses every morning to shower.

After walking around a bit on the eerie dark empty streets, we saw a group of guys trying to climb over someone’s fence. They couldn’t have been up to anything good, doing that in the dark. Then we walked down an alleyway that just kept getting darker and darker, and there we saw a bunch of men standing around at the end of that street. We quickly turned around and walked back. Actually, quickly is an exaggeration. Alfama (like most of the neighborhoods in Lisbon) is very hilly, and there were so many steps. I bet those men could have caught up to us if they wanted to – we were so tired from our adventures all day!

As we were about to leave the Alfama neighborhood for good, we saw a tour of about 30 Russian people, so we decided to tag along with them. We felt safe in a large group AND got a free tour, since I speak Russian! 🙂

More importantly, do you know how the street performer’s trick??

2 thoughts on “A Day in Lisbon, Portugal”