We took a half day trip from Coimbra to go to the Conímbriga Ruins. I was not prepared to be so fascinated by the ruins – I was thinking “so what, we’re gonna see a bunch of old stones.” But when we got there, it was actually pretty cool to see the layout of the ancient city, the history behind the city wall, the remains of the bathhouses, shops, the layout of the ancient wealthy people’s houses, and the aqueduct, and to picture the village come alive. 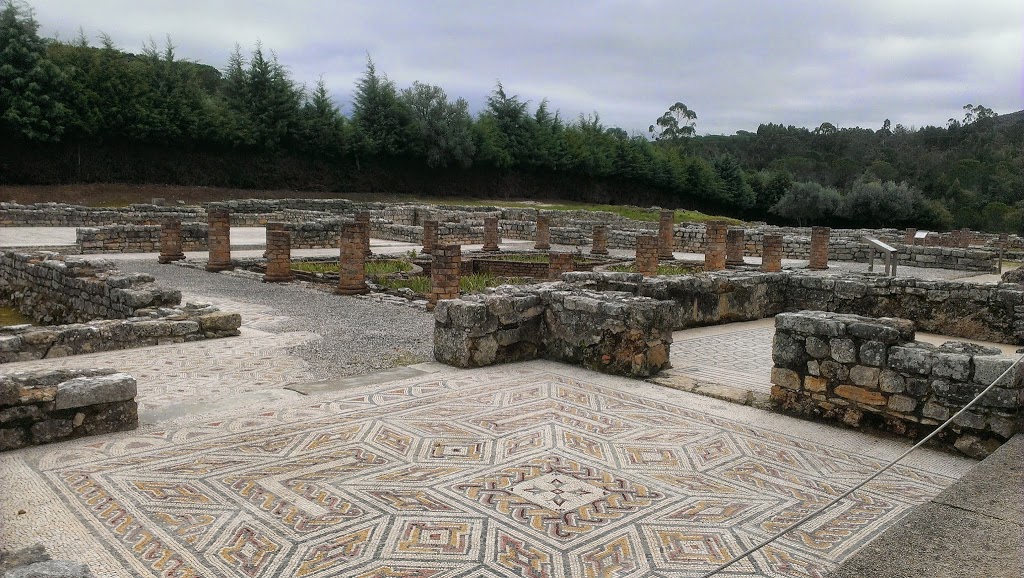 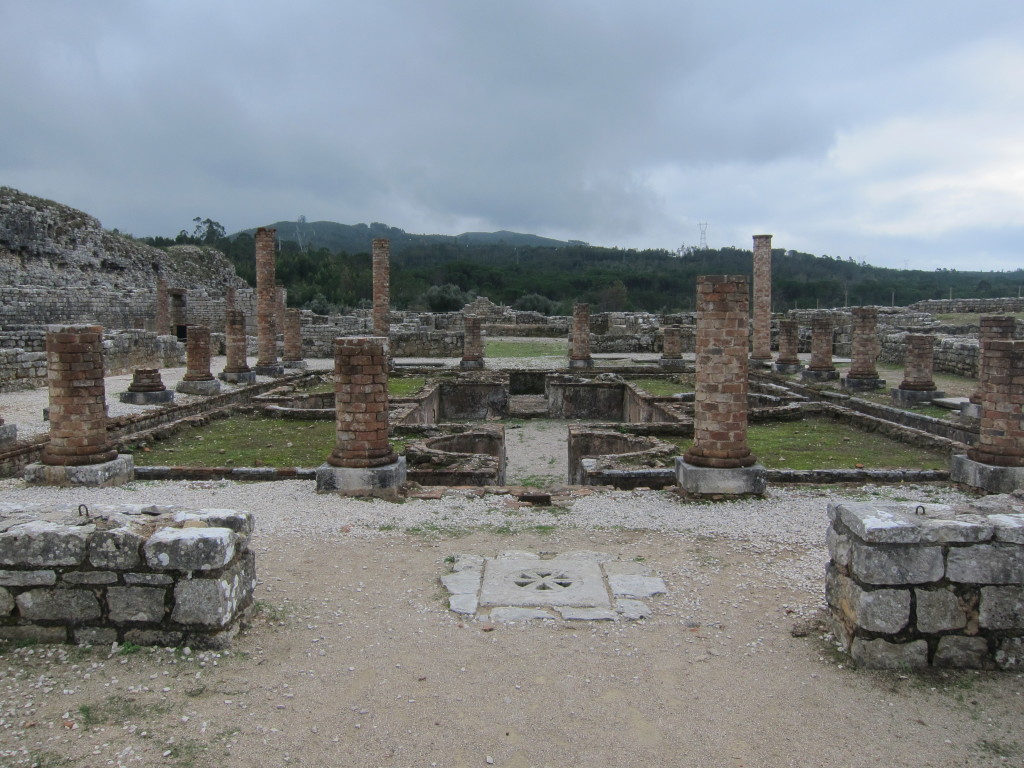 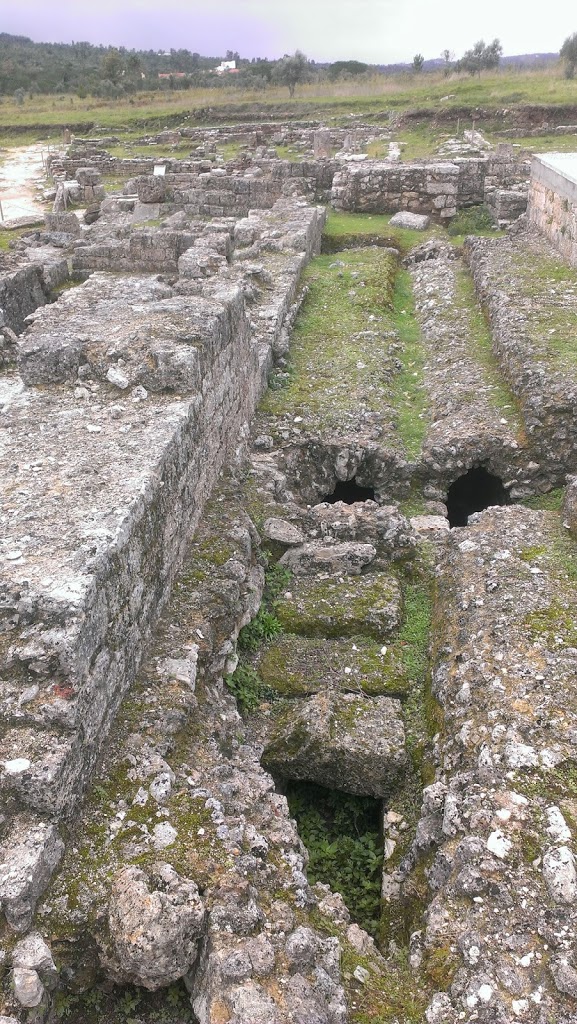 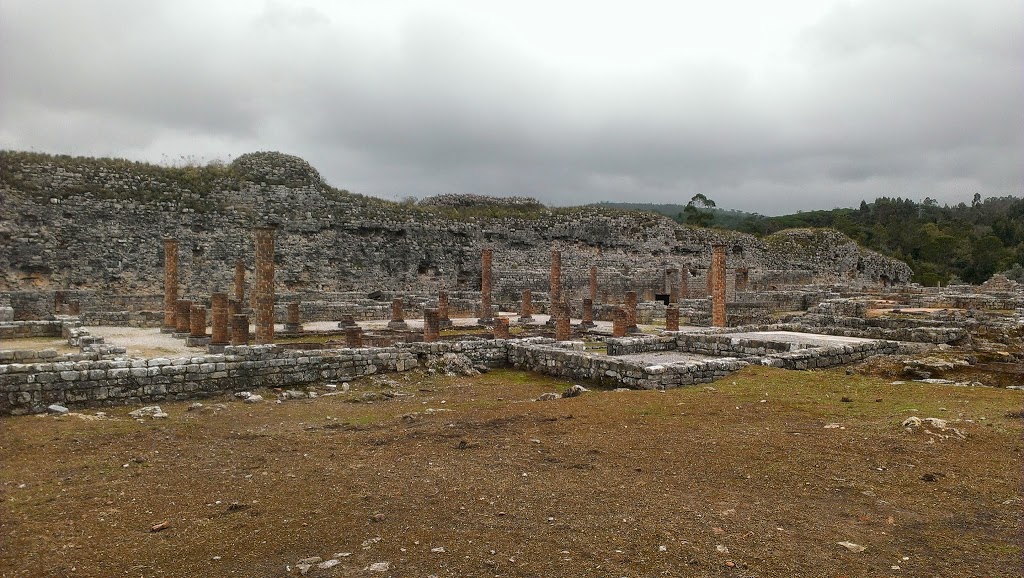 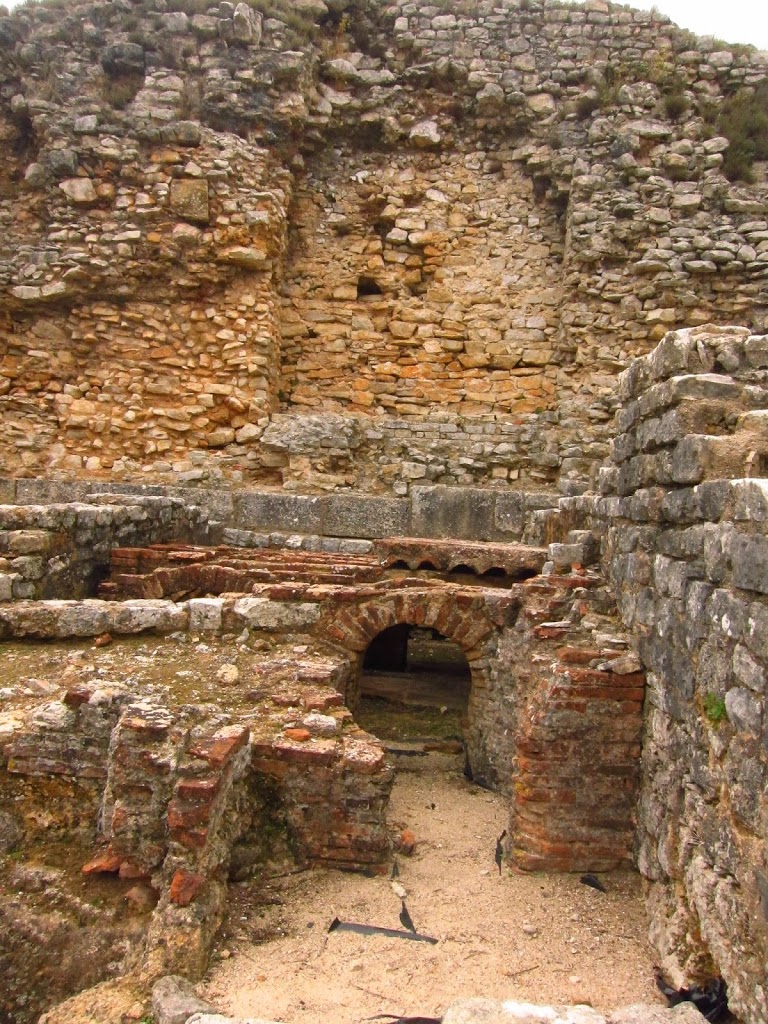 There was also a little museum by the ruins, where they had artifacts from that time. It was pretty amazing to see how many of the things we still use every day were invented so long ago. Exhibit A: Scissors. 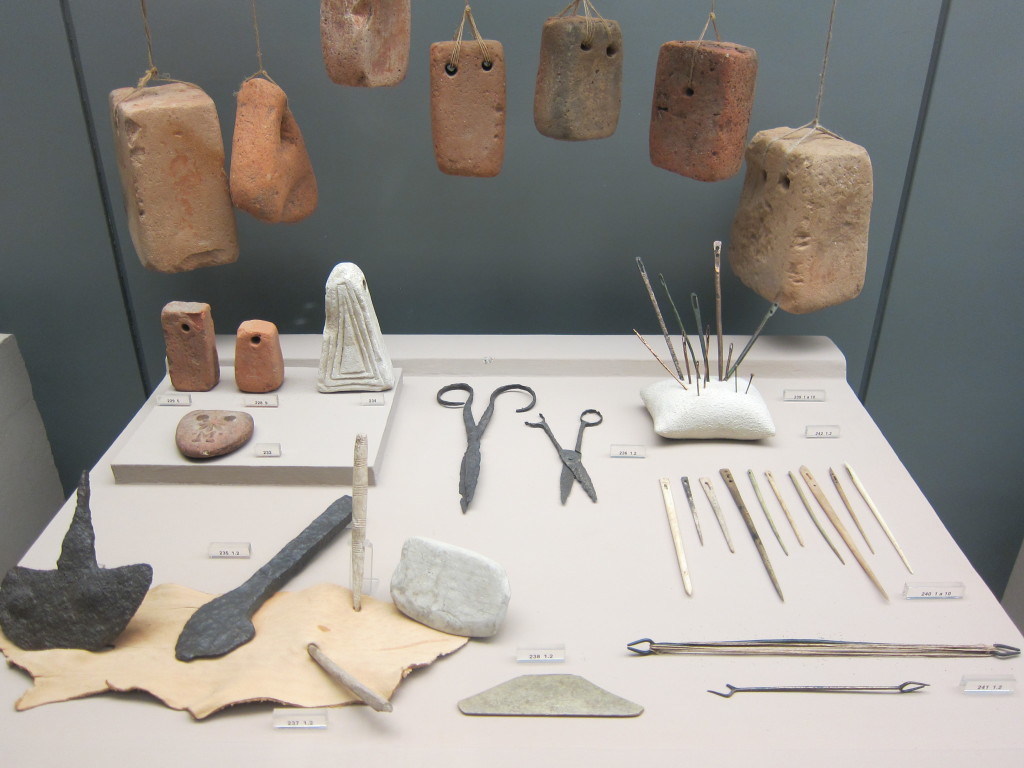 When we were done with the ruins, we were pretty hungry. There was a restaurant at the museum, and we figured we would grab something small there before we left, since museum cafeterias and restaurants are usually very expensive and not so good. When we walked in there, the host greeted us and showed us the menu – 4 course meal including wine and bread for €9 each (just in case you’re wondering, that’s cheap!).

We ate at the restaurant, which was on a hill overlooking the ruins, and as we were eating the food we got concerned about whether we heard the guy right – €9 per person? Not €19 or €29? The food, service, and portion sizes (and the wine!) just seemed too good to be true for €9 each. But sure enough, we got our check and it was a total of €18. It was one of the best meals we had in Portugal. I had the bacalhau and Aldo had some kind of braised steak and potatoes. We also had the olives and whatever spreads that came with the bread, large soups, wine, and dessert. Our bellies were full and happy, as were our wallets.

Conimbriga Ruins were an awesome day trip from Coimbra. We had a great time walking around the ruins, imagining how to main street and the shops looked back in the day. We also loved seeing the layout of the wealthy people’s houses, and pretended to be wealthy Ancient Romans, welcoming people into our fancy spacious houses with peristyles and gardens inside the house.