Coimbra was pretty awesome, in a totally different way than any other city I’ve been to before. I’m not even sure how we chose to go to Coimbra – we knew we wanted to go to Porto and were looking for cities on the way from Sevilla to Porto, and Coimbra happened to be on the map. I am so glad we came here though.

We stayed at an airbnb apartment near the University, which was a great location for seeing the whole city. We walked round the hilly city twice – once at night and once during the day.

I absolutely loved the view of the city from Ponte de Santa Clara, especially at dusk. It shows how tightly packed and hilly the city is – it seems like the buildings are popping out all over the place. 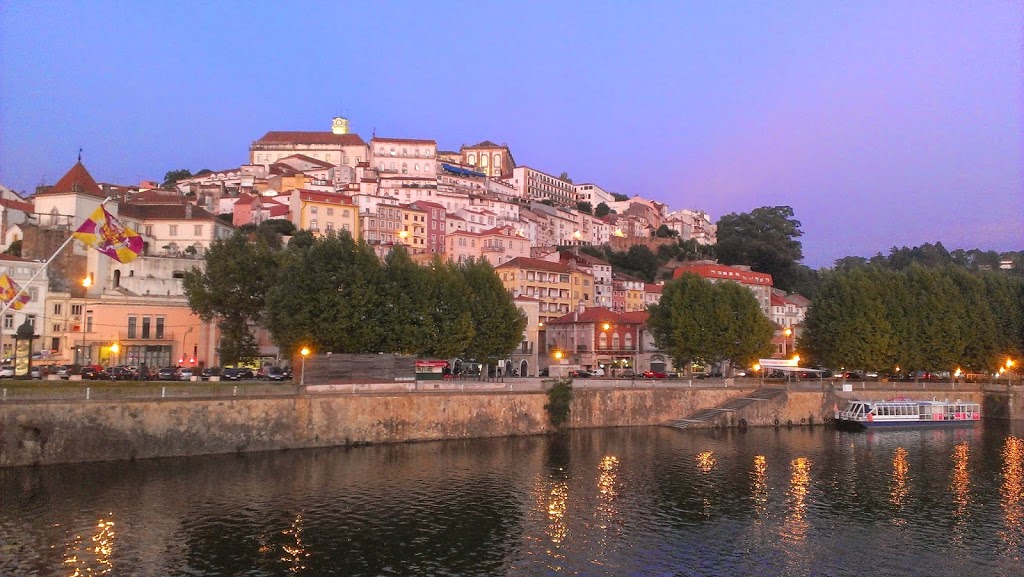 The whole city felt like we were walking around in a medieval Harry Potter setting. The university students wore capes (yes, capes!!), the streets were winding and narrow with cobblestone, steep stairs and really old stone buildings and churches everywhere. It was easy to go back in time and picture medieval life. As you can see from the pictures, they are more bleak and monochromatic than any of my other travel pictures. But I think this in itself is another kind of appeal – dramatic, formidable beauty. 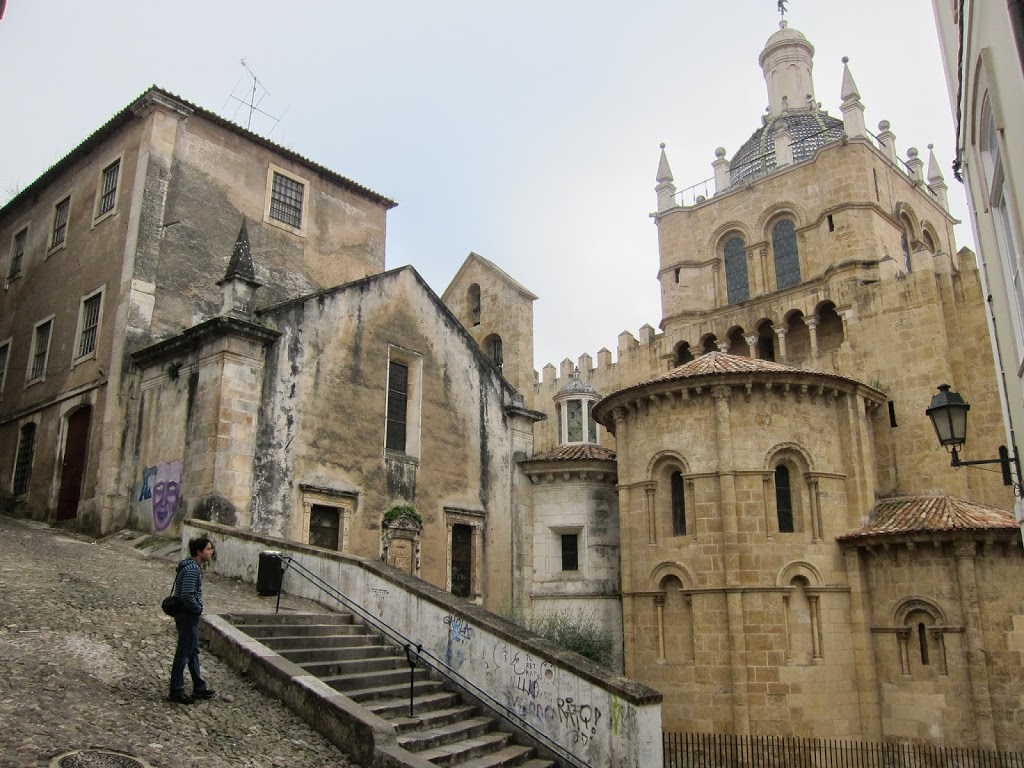 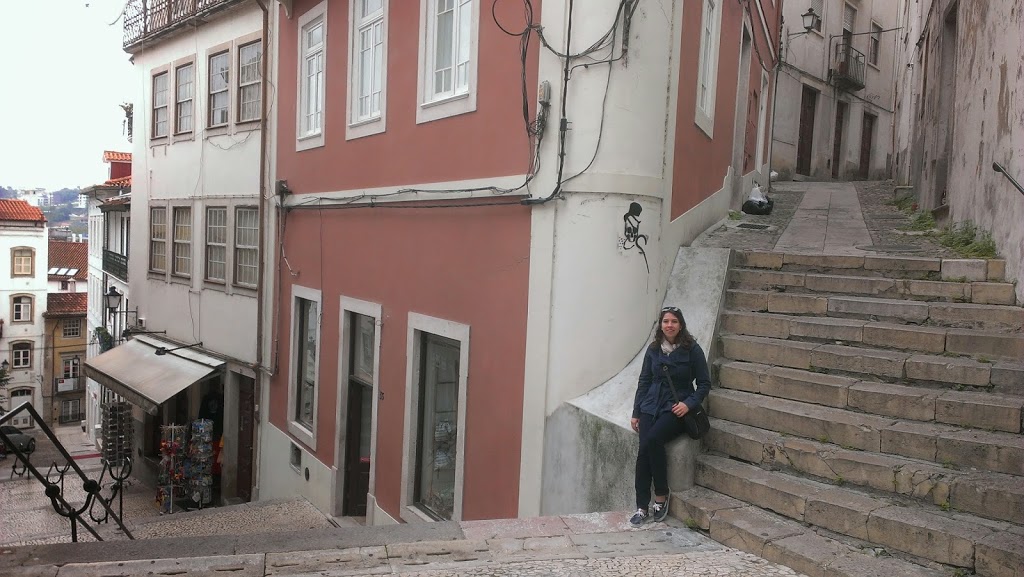 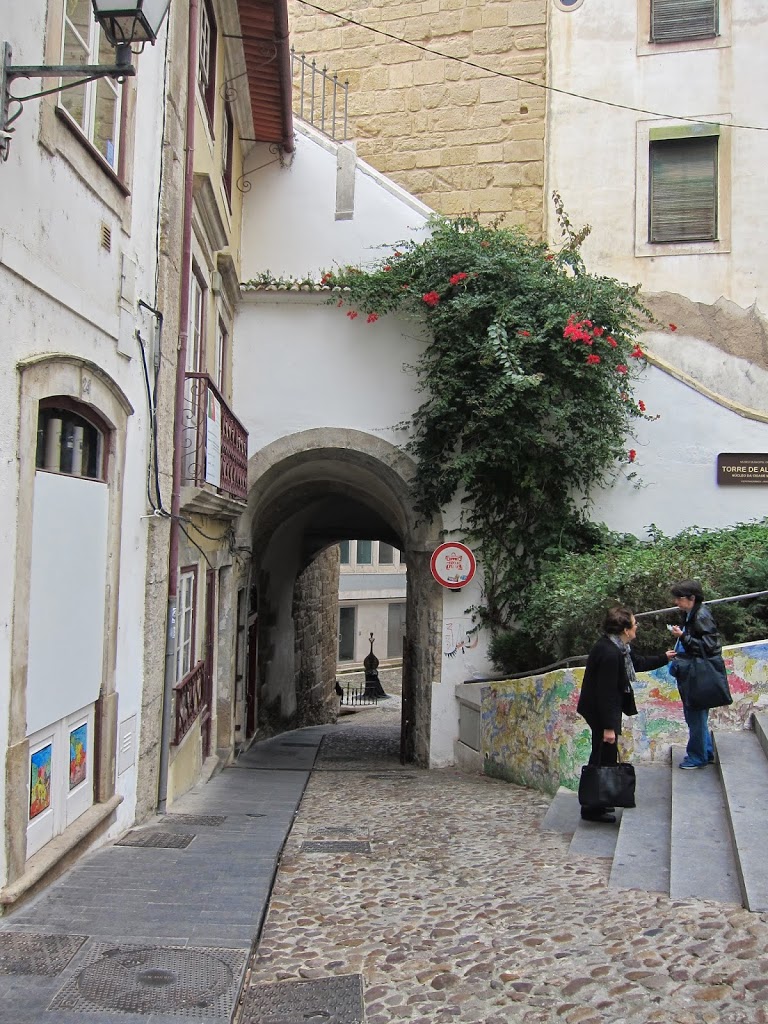 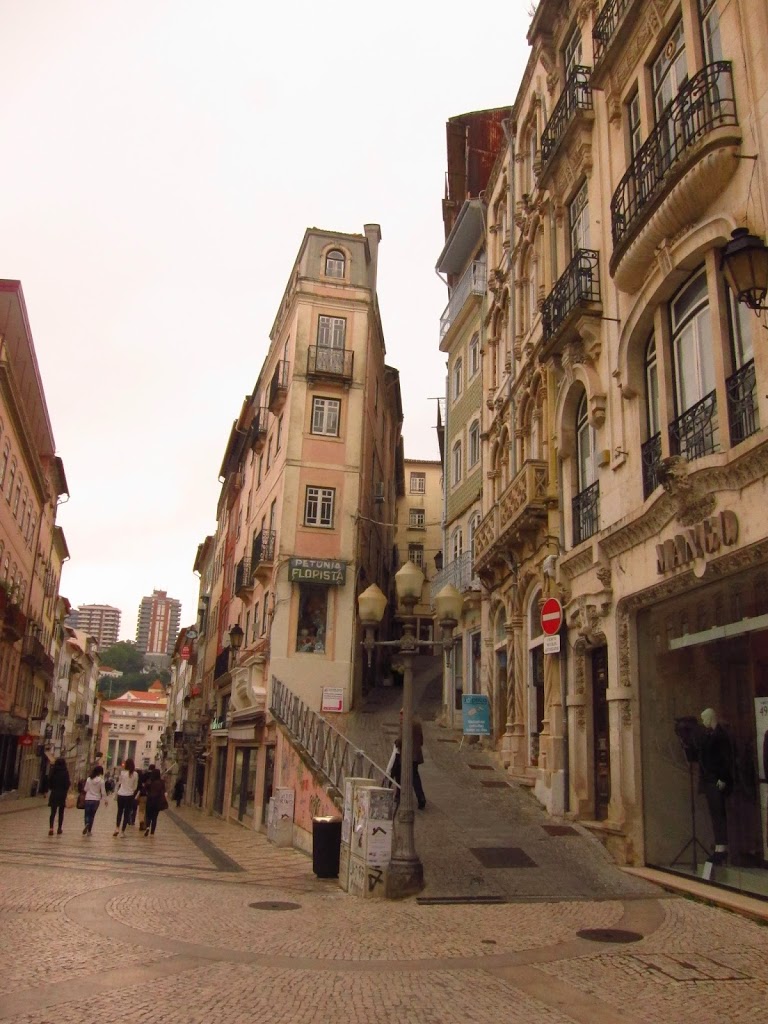 The cool thing about walking around in old European cities is that it seems like every city has a section that is fenced off where they are still digging out ruins. Must be so cool to live on centuries upon centuries of history! 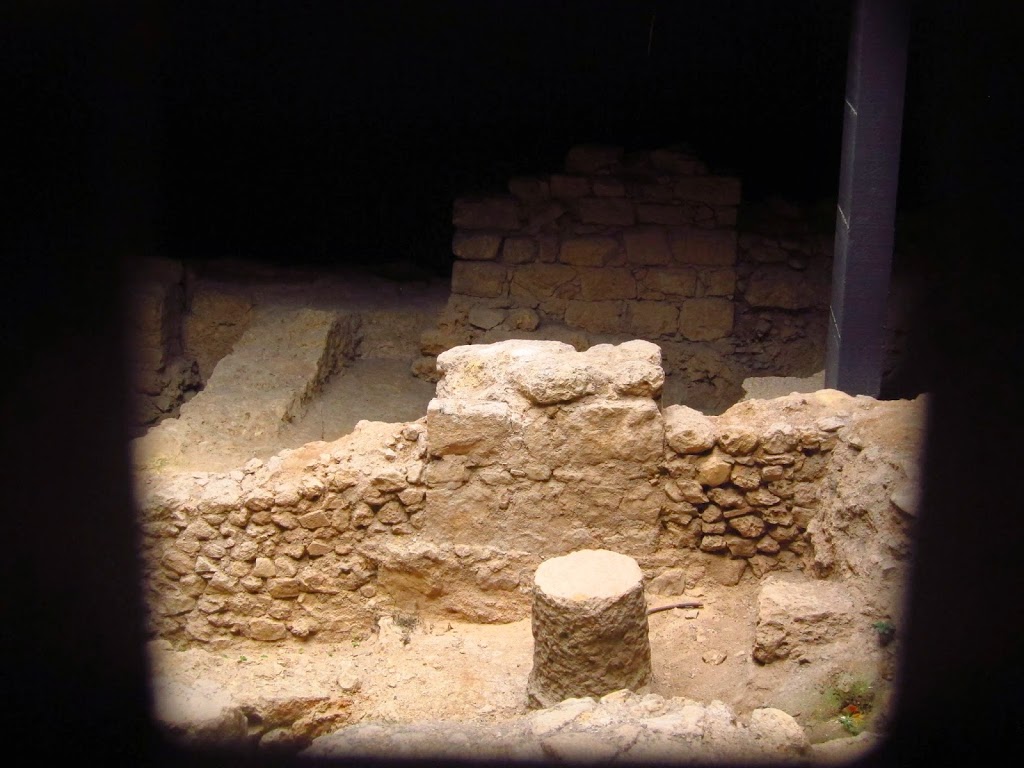 I love how the cobblestone street and the ancient aqueduct contrasts with the cars driving around. My only question is – where are the lanes? How do you know where to drive? We did drive in to Coimbra in our rented Smart car, but we just parked the car and walked everywhere. I would not want to have to figure out these roads! 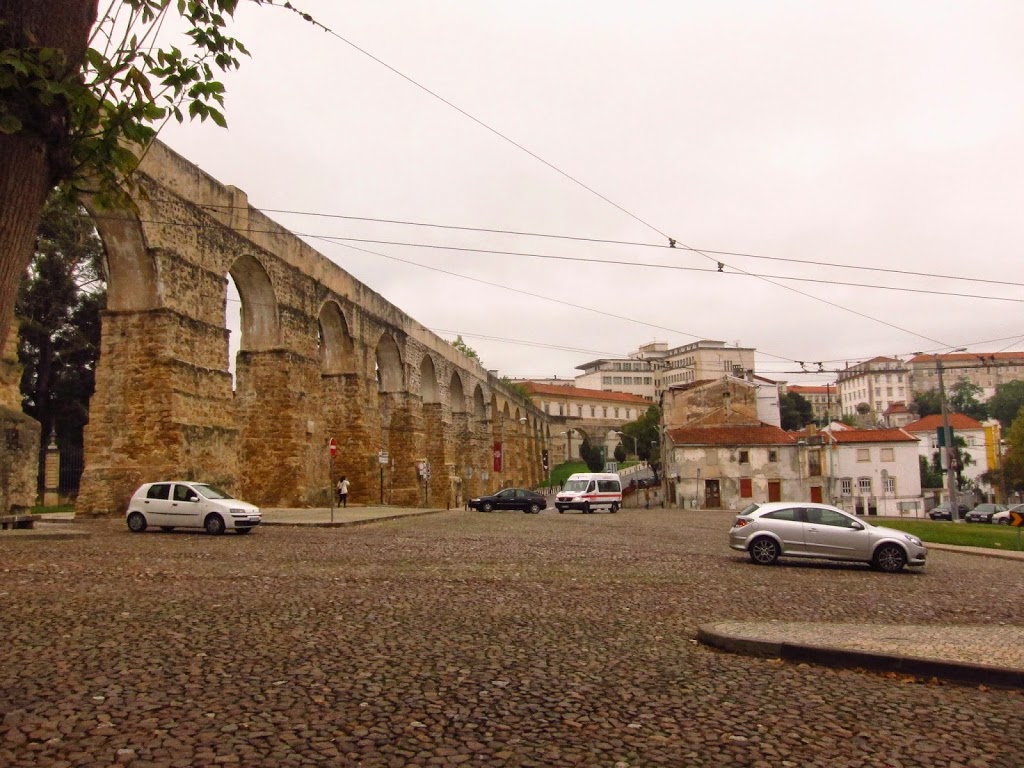 The University of Coimbra is one of the oldest universities of the world. The beautiful square/courtyard was impressively huge. It was cool seeing professionals in modern clothes walking from building to building, imagining what the people who walked these same paths 700 years ago looked like. Here are some pictures of the courtyard, and the university kids dressed in capes. 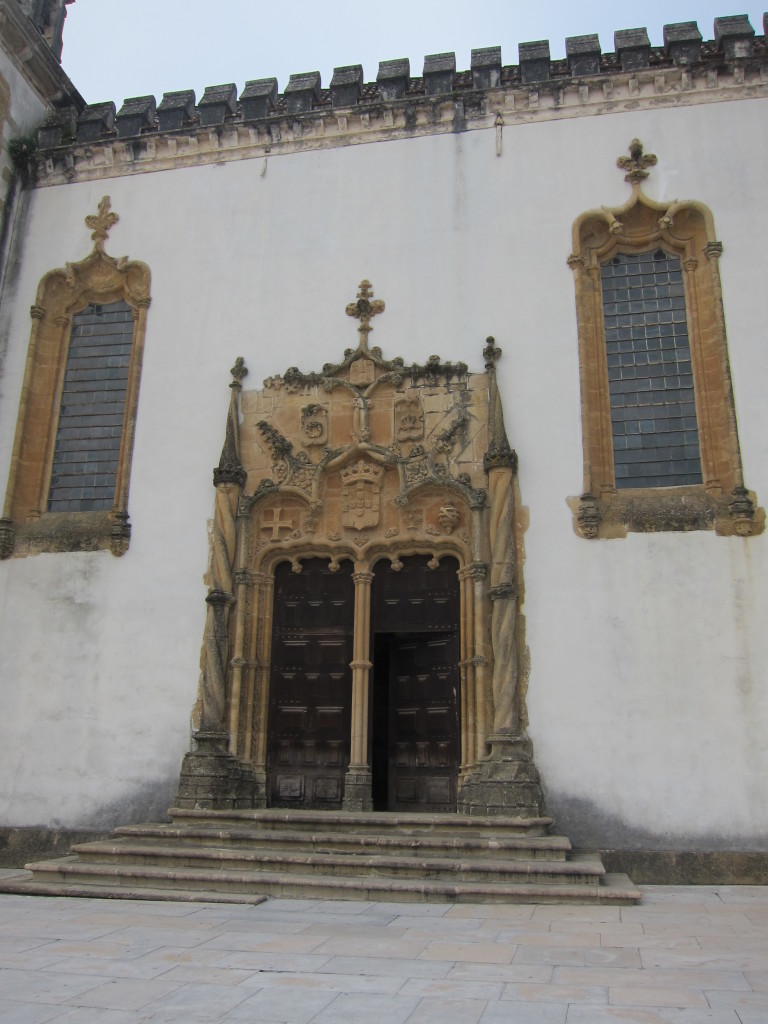 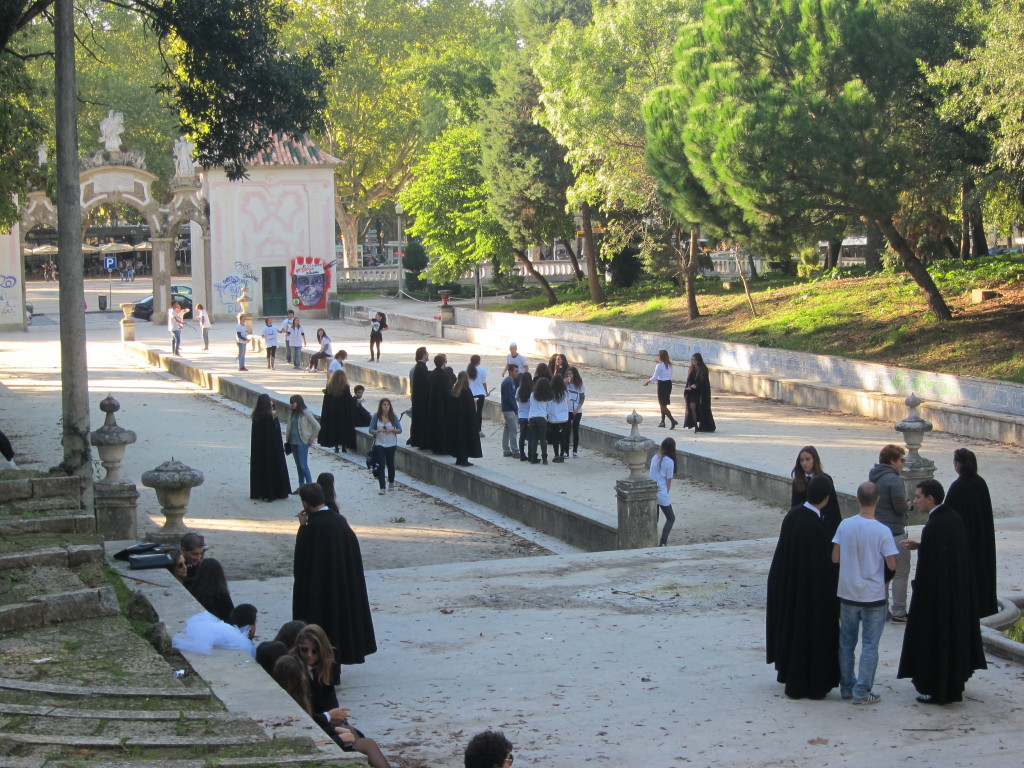 Coimbra is definitely worth a visit if you are making your way through Portugal and are in the area. It is just such a beautiful city with a medieval feel to it, and you immediately feel as if you are transported back in time when you walk down the streets.

Have you ever been to Coimbra, or another medieval-like city?

2 thoughts on “A Stroll Through Coimbra, Portugal”